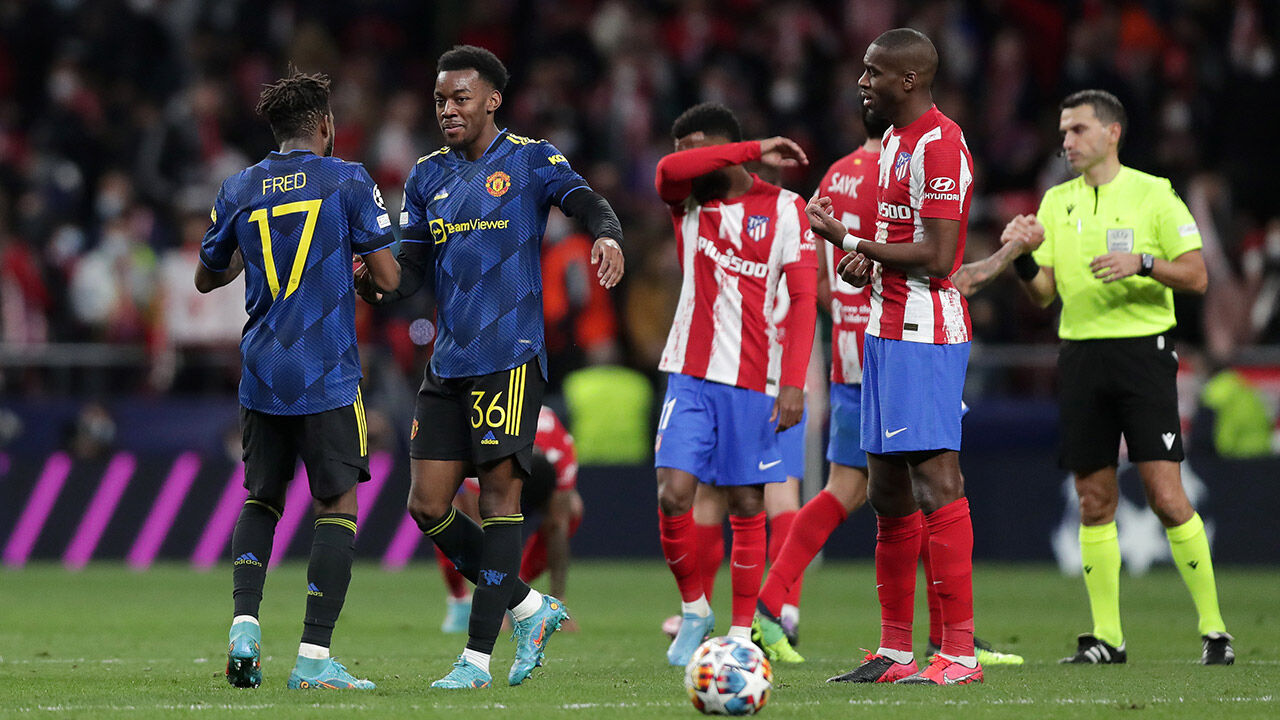 In the first leg of the UEFA Champions League round of 16, Manchester United drew with Atletico Madrid in a difficult draw.

Manchester United drew 1-1 with Atlético Madrid at the Wanda Metropolitano in Madrid, Spain in the first leg of the 2021-2022 UEFA Champions League round of 16 first leg thanks to an equalizer from Antoni Elanga.

The two teams will play the second leg of the round of 16 at Manchester United’s home on the 16th of next month to determine who will qualify for the quarterfinals.

Manchester United conceded an opening goal in the 7th minute of the match.

Atletico Madrid took the lead as Joao Felix headered a sharp cross from the left flank by Henan Rosie.

Manchester United attempted a counterattack, led by Cristiano Ronaldo, who was at the forefront, but the opportunity did not come easily.

Amid Ronaldo’s silence, United were unable to score goals for a while in the second half.

Then, in the 35th minute of the second half, I got the taste of the long-awaited goal.


After receiving a pass from Bruno Fernandes during Manchester United’s counterattack, Elanga scored his UCL debut by swinging the net with a right-footed shot from the right side of the penalty area.

According to statistics company Opta, this goal was Manchester United’s 500th goal in the UCL (including the previous European Cup), and the teams that scored more goals than United were Real Madrid (Spain, 1,000 goals), Bayern Munich (Germany, 760 goals), Only FC Barcelona (Spain, 624 goals).

Atlético Madrid were aiming for an additional goal in the remaining time, but the match ended in a draw without being able to achieve the goal, such as an Antoine Griezmann left-footed shot hitting the post following a corner kick in the 42nd minute of the second half.

Benfica, led 2-1 in the first half, equalized with Roman Yaremchuk’s equalizer in the 27th minute of the second half.

A technical shock shakes Egypt.. My program (The Story) by Amr Adib has been suspended and a last word from Lamis El Hadidy.. The reason is very painful and unexpected!!