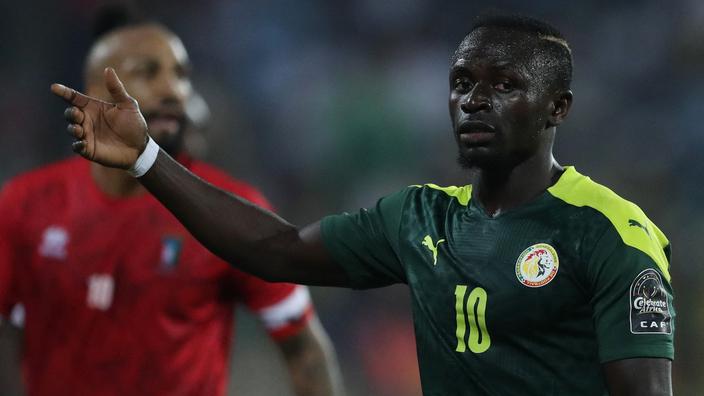 Like Salah for Egypt, Mané is the real attacking leader of this Senegal team, who can still thank Mané’s superb work in building up the game. The Senegalese number 10 was on fire tonight and the Guinean defense had a lot struggling to contain the overflowing talent of the Liverpool player. Decisive passer on Famara Diédhiou’s goal in the first period, he then became more discreet in the second. While Senegal feared his absence after his violent clash with Vozinha in the round of 16, Mané is present and decisive.

Strongly criticized for the game practiced in the group stages, the coach of Senegal is perhaps holding his best match since the start of this Can. Led by a very good Sadio Mané, the Teranga Lions finally showed what they were capable of, with a rather attractive offensive game between triangle play and intensity with or without the ball. While they had just conceded the goal of the equalizer on the hour mark, Cissé made several decisive changes. The entry into play of Kouyaté and Ismaïla Sarr. In less than three minutes, Cheikhou Kouyaté found the net and restored the advantage to the Senegalese. Eleven minutes later, Ismaïla Sarr definitely sends Senegal to the CAN semi-finals and sends a strong message: The Lions have found the hair of the beast!

The defensive naivety of the Guineans

While she had conceded only one goal since the start of the CAN, the Equatoguinean defense cracked tonight. Naïve, the Juan Micha Obiang men were punished by the offensive power of the Lions who perfectly knew how to exploit the errors and spaces left by the Guineans. After a good run punctuated by a victory against the Algerian defending champion and Mali in 8th, Equatorial Guinea comes out the front door.

Nsue, the mistake that is very expensive

This is the turning point of this game. On an almost innocuous corner, the captain of Equatorial Guinea tries to clear his team, and while he had plenty of time and space to send the ball away from his penalty area, Emilio Nsue made an error which buried his own. Arms along the body, he sent a candle from the head… two meters further. An error that led to a scramble in the box, and Kouyaté’s 2-1 goal.

Hold on no matter how, you won’t hurt your back!