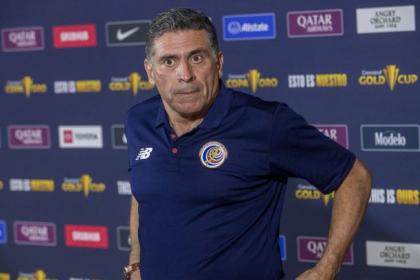 Luis Fernando Suárez does not have a good time in Costa Rica, in charge of the senior team. After three days of the octagonal final of the Concacaf Qualifiers for the Qatar 2022 World Cup, he still has not won, he has 2 points and his team has only scored one goal in 270 minutes.

And to top it all, another big problem has arisen for the Colombian coach, which scandalizes the Costa Rican press.

This Tuesday, forward Manfred Ugalde Arias, 19-year-old promise who plays for Twente, of the Eredivisie of the Netherlands, announced on his social networks that he is resigning from the National Team, while coach Luis Fernando Suárez is at the helm of the team.

In an extensive public letter, Ugalde announced his decision and said that Suárez disqualified him and exposed him to the media after the match that Costa Rica drew 0-0 with Panama on September 2.

“That day (against Panama was his debut with Costa Rica) I gave everything, I gave my team all the effort I could give. Maybe it was not our best night, but I felt that we had achieved a good result, not the expected one, but we got a point that adds up, and could be important.

Staying in the stands for the game against Jamaica hurt me, but it is something that is within the possibilities. This is football and it is something that can happen. What did surprise me were the reasons that the coach of the National Team gave publicly. Soccer is a team sport and I had always had the good fortune to feel supported by my teammates and coaching staff. I never expected to be exposed like that. It was a hard blow”.

Then, he was forceful and said that he was leaving the national team while Suárez directs Costa Rica:

“For the first time I heard a coach disqualify a footballer in this way, unfortunately it was my turn.

I have thought a lot about this situation, that is why I have been slow to make a decision that, although very painful, I feel is the right one for my career at this time.

Today I am writing to inform you that I have decided to resign from the Costa Rican National Team while Mr. Luis Fernando Suárez is the coach”.