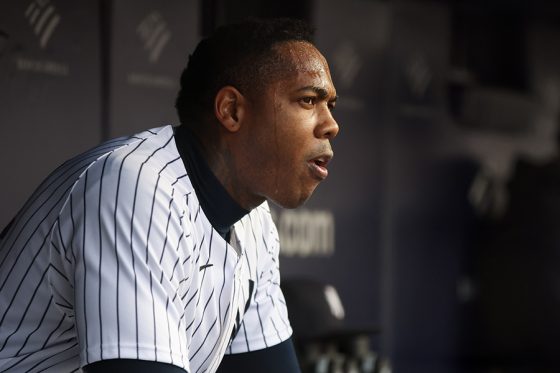 Yankees pitcher Aroldis Chapman was absent from practice on the 7th (Japan time 8th) when he was obliged to participate. Several US media, including the local media “North Jersey.com,” reported that he would be fined and removed from the American League District Series roster, saying that his career with the Yankees was virtually over.

The Yankees have yet to meet with the Guardians to decide on a divisional series roster, but general manager Brian Cashman said Chapman “virtually voluntarily let go, at least this round.”

On the 9th (10th), GM Cashman, who appeared at practice at Yankee Stadium, explained the circumstances to the media. Chapman flew home to Miami after the regular-season finale on Friday. He was scheduled to pitch Live BP at the same stadium on the 7th (8th), but he stayed at his home and didn’t show up. “He made the decision not to show up, so I fined him,” Cashman said.

General Manager Cashman and manager Aaron Boone spoke with Chapman on the phone. “He told me he was away (from the team) for a while. He felt it was unacceptable that he wasn’t here,” Boone said.

Chapman, who lacked ball control all season and lost his goalkeeper position, seemed likely to be dropped from the Division Series roster. However, since the other pitchers are recovering from injuries, there was a chance that a chance would come out, but it may have been lost due to “unauthorized absence”.

Cashman said it was “a little shocking” that Chapman didn’t show up for practice and stayed home, but was “not surprised.” He also said he “sometimes wondered if he was giving his all” and “words don’t match actions”. Chapman, 34, is now a free agency. He has reigned over the prestigious guardian deity as the fastest 169 km left arm in mankind, but his ball speed has dropped by more than 1 mph since last season, and he has been on the injured list multiple times. A local newspaper reported that there were no plans to renew the contract. What decision will the Yankees make?

“Smile” .. the horror movie that deceived the viewer and earned $ 17 million

Is the Indian economy a source of development contradictions?