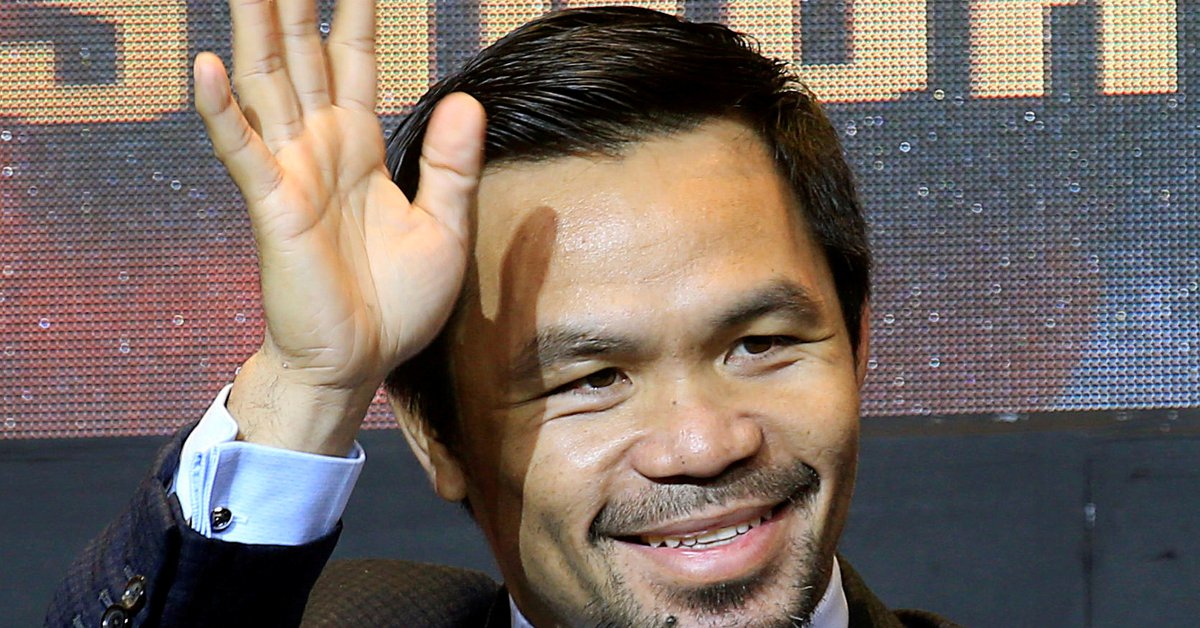 The Philippine star of the ring Manny Pacquiao, champion in eight different weight classes, announced on Wednesday his retirement from boxing, in the “most difficult decision” of his life after decades of successful career.

“It is difficult for me to accept that my time as a boxer is over,” the 42-year-old star, who recently announced his candidacy to preside over the Philippines, said in a video posted on Twitter. “Today I announce my retirement”he added.

World champion in eight different divisions, national hero and senator in the Philippines, the ring star launched this announcement weeks after losing his last professional match to Cuban Yordenis Ugas in Las Vegas.

Pacquiao, who entered politics in 2010 as a congressman before being elected a senator, said last week that he would run in the 2022 presidential election. in the island country of Southeast Asia.

The Philippine boxing legend and presidential hopeful said Wednesday that he is hanging up his gloves after a brilliant decades-long career in the ring.

The world champion and eight-division senator, who has his sights set on a high-stakes fight to replace President Rodrigo Duterte, said leaving boxing was the “most difficult decision” of his life.

Pacquiao, married and father of five children, thanked his millions of fans around the world and he paid a special tribute to his coach Freddie Roach, whom he described as “my family, a brother and a friend.”

The decision ends weeks of speculation that Pacquiao planned to retire.

In the message, Pacquiao said boxing had given him “the opportunity to fight his way out of poverty.” and “the courage to change more lives.”

“I will never forget what I did and achieved in my life. I can’t imagine hearing the final bell “said Pacquiao, considered one of the best boxers in history.

Pacquiao is idolized by many in the Philippines for both his punching power and his rise from poverty to the top of world boxing.

But his support for Duterte’s deadly war on drugs and homophobic views have attracted many naysayers.

As you prepare to register as a presidential candidate, Pacquiao has vowed to tackle poverty and corruption in an attempt to win over voters with his story.

After two terms as a congressman and one as a senator, Pacquiao’s ambition is not unrealistic in a country famous for its celebrity-obsessed politics.

Manny Pacquiao is running for President of the Philippines

But victory is far from assured.

Fans view Pacquiao as living proof that success is possible for anyone who works hard, regardless of background.

But critics accuse the high school dropout of lacking intellect and being a frequent absentee in the Senate, raising questions about his ability to rule the country of 110 million people.

Less than a year before the elections, Pacquiao has risked political capital in a public uproar with Duterte, who rivals the boxer for the affection of many Filipinos. and mentioned him above as a possible successor.

He has also sparked controversy by supporting Duterte’s deadly war on drugs, which according to human rights groups has killed tens of thousands of mostly poor men and sparked an investigation by the International Criminal Court.

From the ring to the Government Palace: Manny Pacquiao announced his candidacy for president of the Philippines
This is how Manny Pacquiao’s face remained after his defeat against Yordenis Ugás: the video that his wife shared and worries the fans