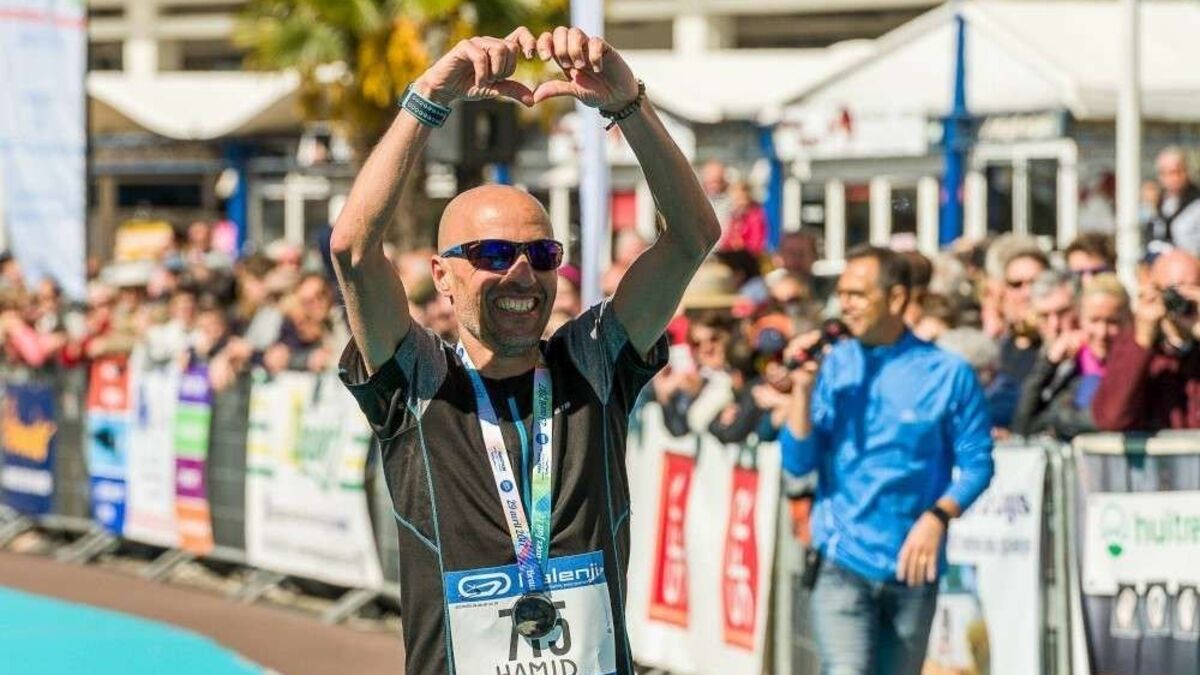 “You can perform well at any age, stay healthy and even progress,” says Hamid Belhaj. This 52-year-old from Rochefort has launched an unprecedented and insane bet: to complete 17 marathons in 17 days through Charente-Maritime. The start of this physical and mental event will be given on July 9 in La Rochelle, a city that the athlete intends to return to on July 25, after having covered a total of 717.3 kilometers. The 50-year-old even intends to complete each race in 2 hours 45 minutes at the most.

“In the Paris marathon, out of 45,000 starters, less than 250 people succeed”, breathes Hamid Belhaj, former double French marathon champion. This race is actually the support of an environmental awareness campaign. “I find waste every time I go out, from plastic bottles to furniture, masks now,” says Hamid Belhaj. Many people come to the coast with their waste and leave without… How can we raise awareness without being judgmental? “By accomplishing a sporting feat, believes the marathon runner who will discuss the subject at each stage and thanks to the media coverage of this challenge.

No waste during the test

He is committed not to produce any waste during the event and will be accompanied in the race by ten people, by bike or in electric and hybrid vehicles. Two physiotherapists and two chiropodists will accompany him in particular on a daily basis, riveted on the “minor ailments” which could ruin the efforts of Rochefortais. “A single marathon is already complicated. This represents four months of preparation for an average person, ”recalls Hamid Belhaj.

Physiotherapist, Thomas Brossard participated in the preparation of the marathoner and will follow him during the cycling event. “I think it’s achievable but it’s still a physical feat,” he confirms. It will be necessary to watch the bobology, the slightest grain of sand can stop the machine. Thomas Brossard is already relying on cryotherapy and pressotherapy to activate blood circulation. “I expect one to two hours of sitting after each marathon. And maybe even a second session at the end of the day, ”he calculates. “It will be necessary to keep morale and especially not to accumulate negative thoughts. For this awareness-raising operation to be significant, a result must be achieved ”, already knows Hamid Belhaj, a professional sports coach.