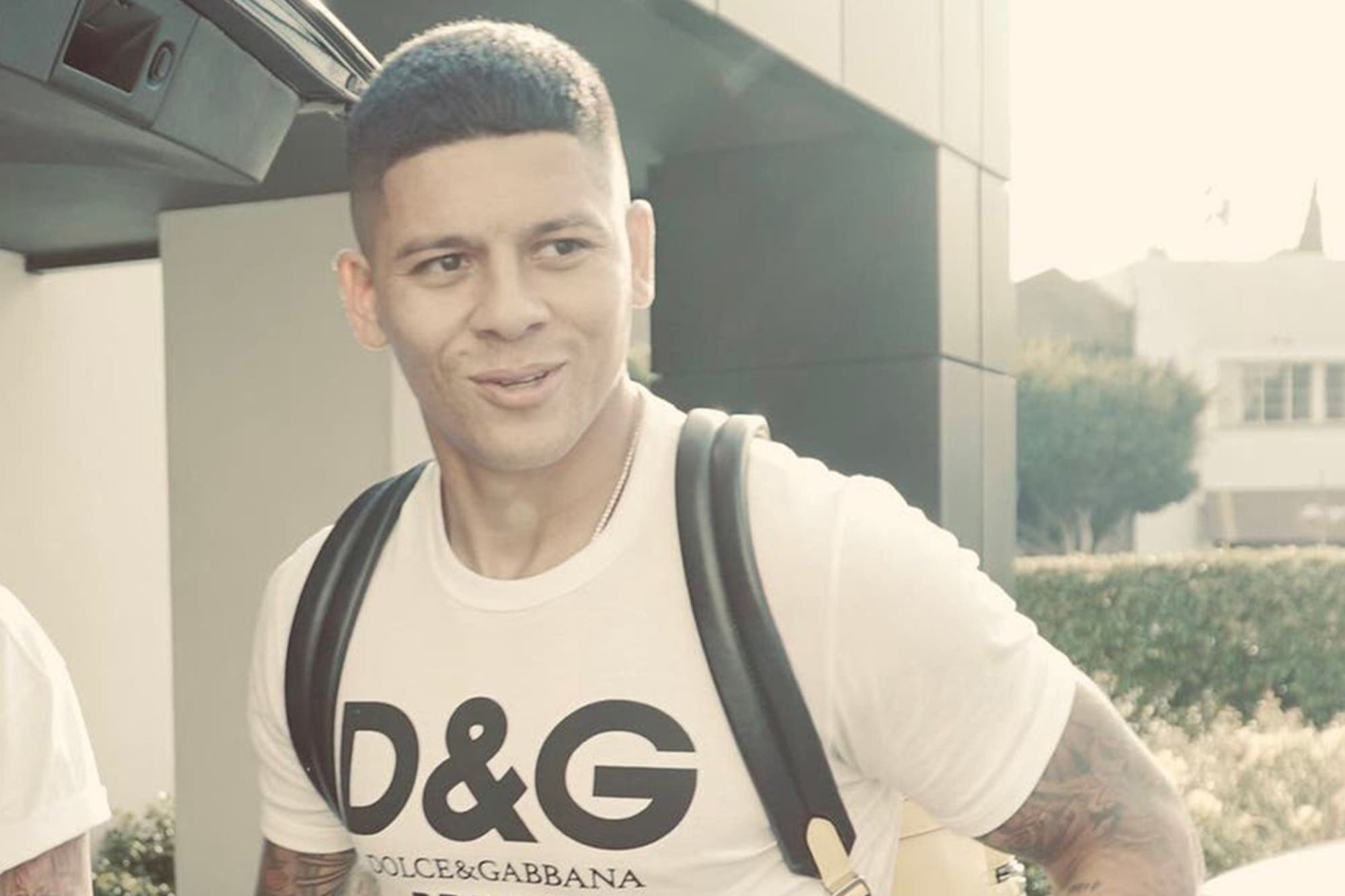 If it is not yet stated that Marcos Rojo is Boca’s first reinforcementIt is simply because there are formalities that put caution on the table: medical examination, signing of the contract and presentation to Miguel Ángel Russo and his new colleagues. Is falling. The man who will break a once again austere market due to the economic crises that deepened with the pandemic. And in the way that most attracts the Football Council, led by Juan Román Riquelme: without investing a penny in your pass, with the opportunity for the player’s freedom of action and feeding the squad with a surname of hierarchy that raises expectations ahead of the new season.

Outside of Boca World they believe that it is not to exaggerate. That the incorporation is not striking because a year ago the bomb had already exploded that he was putting on the Estudiantes shirt again, due to the loan they had agreed in La Plata with the powerful Manchester United. And, likewise, that experience lowered the price on impact: he only played one game, he was torn apart and the coronavirus prevented him from showing more at the Pincha, having to return to England in the middle of 2020, where he did not play again.

An inactive player, is what is said. And it’s true. However, for Boca it is a reinforcement of those that have been sought for a long time, even by the previous directive of Daniel Angelici, to win the Copa Libertadores again. In fact, the defender was part of (and even played a match) for the Estudiantes de Alejandro Sabella, who was champion of America in 2009. In addition, He has on his back not only the participation in two World Cups with the Argentine National Team (2014 and 2018), but also knows what it is like to play the final of the World Cup (1-0 loss to Germany, in Brazil). Also, two Copa América finals (2015 and 2016). That, without accounting for the experience gained in the ten years he was in Europe, between Spartak Moscow (Russia), Sporting Lisbon (Portugal) and Manchester.

“Something is going to contribute to us, right?” They inflate their chests and get excited from very close to Miguel Russo’s team. Thus, the physical question is a minor question. Above all, if you also think that his 30 years give the guideline that his career still lacks more adventures. This is how in the Ezeiza property they already have everything planned. They know that Rojo is training individually in our country, but they will be cautious. Beyond the fact that he will be present in many of the preseason days, it is not ruled out that his set-up will be even more durable, precisely because of his long inactivity. “We don’t think he will start playing. It will take time for him to prepare.”, they warn THE NATION from the Football Council. 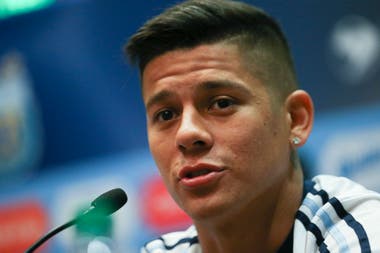 Rojo arrives in Boca with an extensive inactivity. In 2020 he only played one game with Estudiantes and then he was not taken into account in Manchester United Source: EFE – Credit: David Fernandez

However, the big question rests on the position in which it will be considered. In this also his age plays. And it is that during its beginnings, going through almost all its stage in the national team, his natural place has been the left back. Closer to these times, due to his height (1.87m) and imposing physique, the different coaches he had they were adapting it as a second central.

In relation to all this, the first thing to ensure is that “Miguel still did not speak a word with Rojo”, as they contributed to this newspaper from the environment of the xeneize coach. And in second place, Russo does not rule out one option or the other. On the contrary, he values ​​them: Left-handed defender will give you both possibilities for team building. Although if you analyze what happens around them, there may be a clear trend. 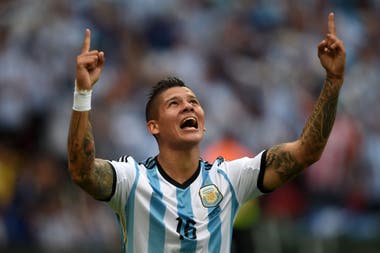 On the one hand, the N ° 3 is a position that has not left according to Mundo Boca. Even so, when it seemed that the cycles of Frank Fabra and Emmanuel Mas could end soon after the elimination against Santos, they want to reach an agreement with both for the respective renewals. Would you seek to extend the stay of those players if they imagined Marquitos as a winger?

On the side of the centrals, the issue seems to be better oriented. Not because the headlines have done it wrong at this time: Lisandro López and Carlos Izquierdoz have made up a great duo two years ago that -so far- accumulates more undefeated hurdles (28) than goals conceded (25). However, in the midst of the pandemic, Russo felt the departure of Junior Alonso, the Paraguayan southpaw who gave him many solutions at the time of the start and the quick closures with the best profile. He did not have reinforcements of these characteristics: he has Gastón Ávila, but it is a promise that the urgencies to win the Cup prevent him from exploiting. Red will be a solution in that regard. 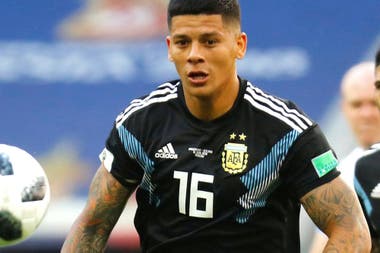 Red in Russia 2018; one of his last appearances in the Argentine national team Source: Reuters – Credit: Kai Pfaffenbac

Also, taking into account what Cali said a few days ago: “When Gustavo (Alfaro) arrived, I settled in to play second center, but it cost me. I like to play as ‘2’”, revealed the sub-captain. With that condition, it will be difficult for him to leave the team. So things, Izquierdoz and Rojo could become the main defense with the passage of time. In this way, López, Carlos Zambrano and Ávila would remain as important relays in the face of the triple competition that is coming: Diego Maradona Cup, Libertadores Cup and Argentina Cup.

The arrival of the former student man maintains Boca’s constant search since the last decade to bring at least one defender per year. Even having a solid duo like the one mentioned. In 2010, the names incorporated were the Brazilian Luiz Alberto, Caruzzo and Insaurralde; in 2011, the return of Schiavi; in 2012, Guillermo Burdisso and Magallán arrived; in 2013, the return of “Cata” Díaz and the arrival of “Chiqui” Pérez. In 2014, another old man known as Forlín and the incorporation of Mariano Echeverría. In 2015, another trio: the Uruguayan Rolín, Torsiglieri and Tobio. Vergini and, again, “Chaco” Insaurralde were the ones the following year. Goltz was the only one in 2017, while the most recent ones occurred from 2018, as Izquierdoz: López and Alonso arrived at the club in 2019, while Zambrano disembarked in 2020.

Miguel Russo waits for Marcos Rojo while he imagines how he will take advantage of his hierarchy.