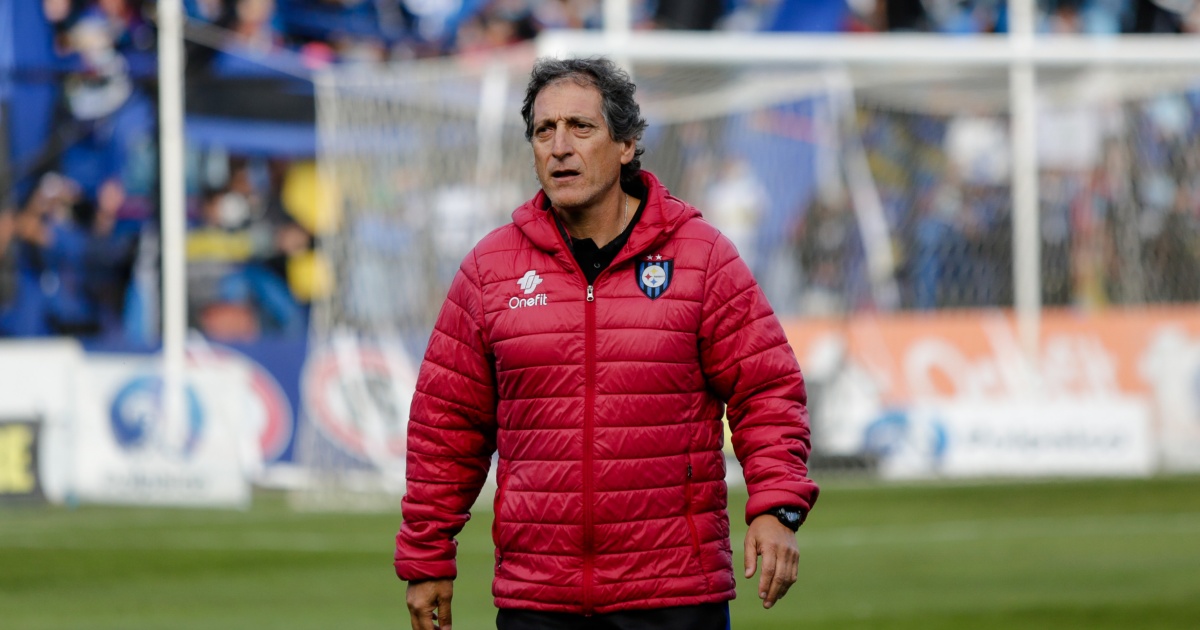 Huachipato managed to stay in the first division of Chilean football. The ones from the factory beat Deportes Copiapo 1-0 and they achieved a 4-2 on the global scoreboard that made them celebrate the permanence, although it was a duel that left a great controversy for the use that Francisco Gilabert gave to VAR.

Watch Chile-Argentina and all the Qualifiers LIVE at TNT Sports Stadium wherever you are!

After the game against “León de Atacama”, Mario Salas was very pleased with God, something he has become accustomed to in recent times. “I am a very believing person and I thank the Lord for everything he gave us. The glory goes to him”, stated the Commander before beginning his analysis.

“Today, without a doubt, he sleeps more peacefully. The one who has not lived it, I lived it three times in a row in Everton, and we were saved. It is difficult to be able to sleep, the player is thinking about the game at all times, he gets a little more irritable, he listens to things, especially how this promotion happened. Huachipato was the team that didn’t deserve this, the team to attack, but we try to stay focused where things can be changed.”, expressed the former DT of Colo Colo, Catholic University and Lima Alliance of Peru.

After that, he launched a criticism of the copiapinos. “We can’t change what happens off the field of play. Unlike Copiapó, our focus was on the field, planning training, taking care of nutrition, resting and being able to perform on the field. If there is merit to Huachipato, it is that We didn’t let the opportunity pass us by. We took advantage of it and killed well and on the field of play. Beyond external things, Huachipato is the clear winner of this league”, assured the former central midfielder of the “ruleteros” and the Spanish Union.

Regardless, Salas was critical of his team’s performance during the season, although much of it was managed by Juan José Luvera. “Something happened for us to be here, we cannot forget that we should have been relegated and we cannot forget. We have to be very analytical and very reflective. Everything that happened last year must be a learning process that allows us to be a better institution.” for fans, players and workers. Let it be a place where we can develop and transform ourselves. We have to get together and analyze in order to strengthen the institution”said the trainer.

“Regardless of how you play, the important thing is to achieve the objective and it was achieved. Beyond doing it well or badly, we never stop being the team we want to be. We always try to have the ball on the ground, to be direct to break pressure from the rival, we privileged possession over direct attack, we pressed in all sectors and at least Huachipato dared and that is praised. And in a way the players are thanked. The emotional issue is impossible to leave out and the players they overcame a lot of things”, closed the former rugby player.