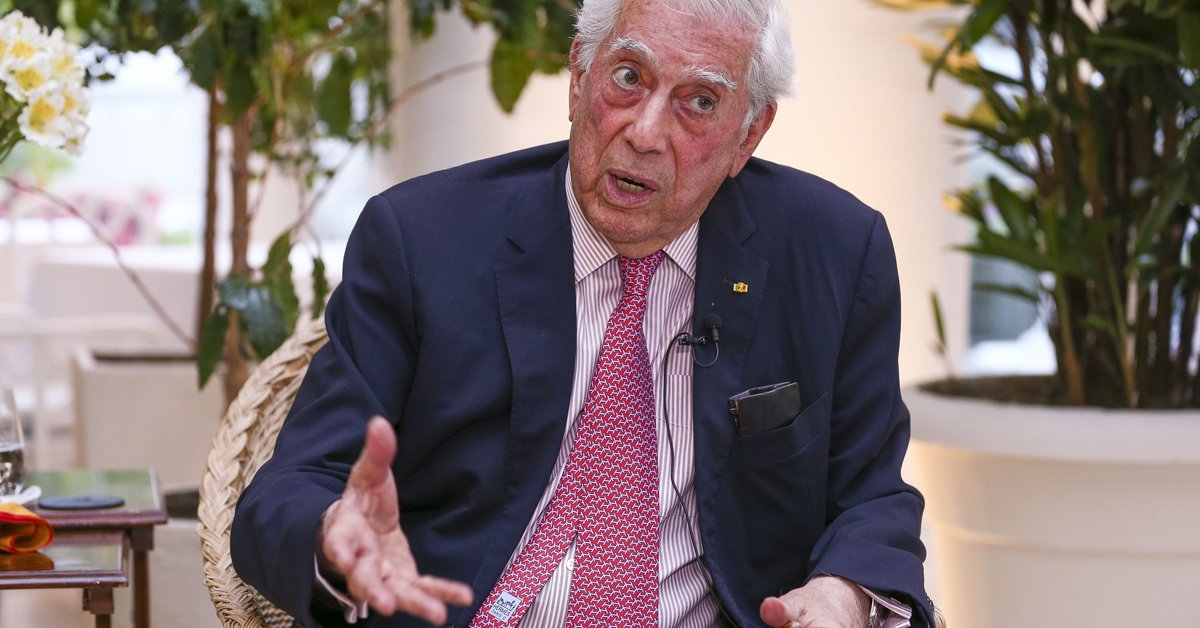 The Spanish-Peruvian writer Mario Vargas Llosa speaks during an interview with Efe on September 27, 2021, in Quito (Ecuador). EFE / José Jácome

The Nobel Prize in Literature, Mario Vargas Llosa, during his visit to Ecuador, he spoke again about the political situation in our country and assured that he has no expectations of the president Pedro Castillo, whom he described as being an “instrument” of Vladimir Cerrón and to propose to end the mining of Peru, “will end up destroying the country”

“I don’t expect much from Castillo, is an instrument of (Vladimir) Cerrón”, Defended in an interview with Efe the Nobel Prize for Literature 2010 by assuring that the former regional governor of Junín could not present himself as a presidential candidate due to a process that sentenced him for corruption.

Regarding the current Peruvian president, he assures that Cerrón “chose him to Castillo, but he is a second grade teacher, he has no ideas, he does not know where he stands“And censored”the gestures“That he has starred in, like the one that no”sleep in the Government Palace“, Which he valued as lacking”of the greatest content ”.

Vargas Llosa, which was decorated on Monday by the Government of Ecuador with the medal for “Merit in Order of the Grand Cross“For his contribution to the promotion of literature, stated that Castillo”says things impossible to digest for a country like Peru”.

Among them, he mentioned his alleged intention to put an end to mining, one of the main economic sectors in the country and which contributes around 15% to the country’s Gross Domestic Product (GDP) and 60% of exports.

“What Peru has is mining, right? So if he wants to end mining, he is simply going to end the country, ”added the former Peruvian presidential candidate.

In one of his few announcements relating to mining, Castillo He pointed out that he will not authorize several of the mining megaprojects that are under study in the country without fulfilling requirements such as obtaining the support of local populations for them.

Likewise, he indicated without going into detail that one of the criteria for mining that the Executive will use to authorize initiatives is the requirement of “social profitability”.

Questioned about the support he gave in the ballot to the candidate Keiko Fujimori, the author of “The party of the goat”(2000) recognized that“one votes between what exists, and then normally the lesser evil is chosen ”.

“I believe that she fulfilled what she promised to those of us who asked to vote for her in this unique election, and exclusively, because Castillo was on the other side, an absolutely impossible step for Peru, as has been demonstrated“Said the writer.

Finally, he asserted that Peru “live in total confusion“And that, if the ideas of the current president are put into practice,”it is going to cost a lot to become a modern country ”.

Castillo He recently called in Washington at an event called by the Permanent Council of the OAS investors and companies to bet on his country and rejected the idea that his government intends to scare away the inflow of capital.

Vladimir Cerrón: Prosecutor’s Office indicates him as the alleged leader of the criminal organization ‘Los Dinámicos del Centro’
Hugo Coya describes as worrying the statements of Minister Silva: “it shows a lack of knowledge of his sector”
César Hildebrant: “It seems that there were three presidents: Bellido, Castillo and Cerrón. It’s chaos “