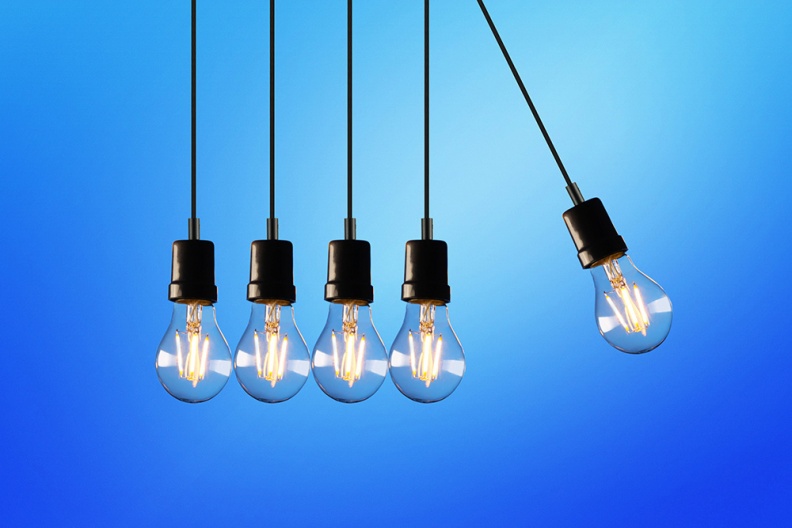 ⚫The market-oriented reform of electricity prices has accelerated.On October 12, 2021, the National Development and Reform Commission issued the “Notice on Further Deepening the Market-oriented Reform of Coal-fired Power Generation Feed-in Tariffs”, in accordance with the overall requirements of the power system reform to “control the middle and liberalize the two ends”, clarifying that from October 15 Orderly liberalize the on-grid electricity prices for all coal-fired power generation, expand the range of fluctuations in market transaction electricity prices, abolish industrial and commercial catalog electricity prices, and further give play to the important role of market mechanisms in ensuring the security of power grids.

⚫Power generation side: change from “market coal-planned electricity” to “market coal-market electricity”.Since 2021, the high demand for electricity has increased the shortage of coal supply. Coal prices have risen by more than 135% since the beginning of the year, and the increase in electricity prices has been limited by government regulation. The continued deepening of the contradiction between coal power supply and demand has directly led to the current round of power rationing crisis. The “Notice” clearly and orderly liberalize all coal-fired power generation through the power market for market-oriented transactions, forming an on-grid electricity price within the scope of “base price + fluctuations”. At the same time, the scope of price fluctuations in the coal-fired power generation market will be expanded, from the current rise of no more than 10%, no more than 15%, to no more than 20% in principle, and market transaction prices for high-energy-consuming companies are not subject to rises.20 % Limit, the spot price of electricity is not limited by the above range. According to data from the China Electricity Council, from January to August 2021, the national market-oriented trading power was 2.4 trillion kWh, a year-on-year increase of 23.3%, accounting for 43.8% of the total social power consumption. Promote the price mechanism of market formation.

⚫The institutional construction for building a new power system is becoming more and more perfect, and the potential for industrial and commercial distribution and storage is opening up.The market-oriented reform of coal-fired power generation on-grid electricity prices has truly established a market-based electricity price mechanism that “can fall and rise”, which is conducive to better playing the role of the market in the allocation of power resources, further ensuring the safe and stable supply of power, and supporting new types of power System construction and service energy green and low-carbon transformation. Industrial and commercial users fully implement market-based time-of-use electricity prices and expand the peak-to-valley price gap will further drive the development of energy storage. The “investment product” attribute of energy storage is becoming more prominent, and the space for industrial and commercial distribution and storage is fully opened.

1. Energy storage on the power generation side:

In terms of new energy installed capacity,The main demand for energy storage on the power generation side lies in the distribution and storage of centralized new energy plants. In 2020, centralized photovoltaics will account for about 2/3 of the global new photovoltaics. With the introduction of the dual-carbon target and the arrival of photovoltaic parity nodes, it is expected in the next five years The global growth rate of new photovoltaic scale exceeds 20%, and the growth rate of new wind power scale exceeds 15%.

In terms of power ratio,The energy storage requirements of each province are between 10%-20%. Assuming an average annual increase of 2% in the next five years, it can stably reach 20% in 2025. Regarding the duration of power backup, the distribution and storage of new energy stations is mainly 2 hours.

2. Energy storage on the grid side:

3. Energy storage on the user side:

The high energy consumption attributes of 5G base stations and data centers force operators to reduce overall electricity costs by equipping energy storage for comprehensive energy management. At the same time, there is a clear demand for lithium batteries to replace UPS lead-acid batteries. The superimposed policy end explores data center energy storage to participate in grid interaction To improve the efficiency of resource use, it is expected that the distribution and storage permeability will achieve a rapid increase, and the energy storage period will also be mainly 4 hours. 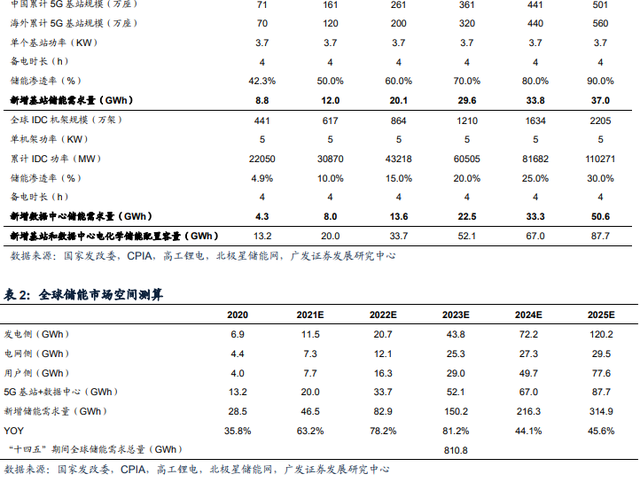 Market risk, the investment need to be cautious. This article does not constitute personal investment advice, nor does it take into account the specific investment objectives, financial situation or needs of individual users. Users should consider whether any opinions, opinions or conclusions in this article are in accordance with their specific conditions. Invest accordingly at your own risk.