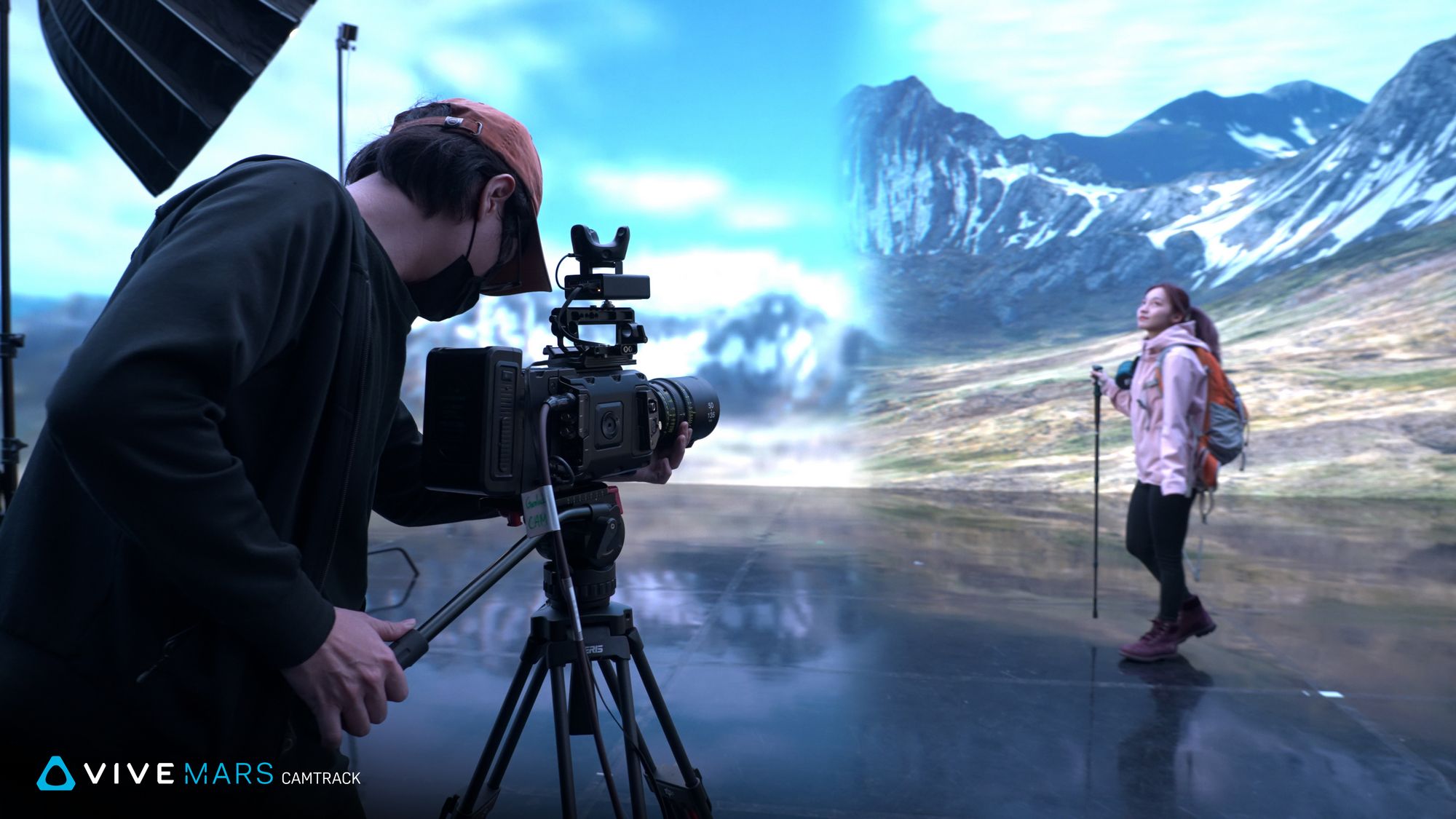 HTC Vive recently launched a set called Mars CamTrack The one-stop virtual production solution, which can help film and television creators with a relatively acceptable budget, allowing actors to instantly enter any virtual background during the production process (somewhat similar to “The Mandalorian” kind of filming. Law). The system is based on the Mars processing module, which can receive camera, light and prop movement signals from Vive Trackers (3.0) through the Rover module (up to three cameras can be tracked at the same time), and can use Base Stations (2) Base station to determine the specific location of Rover and Tracker.

The concept behind Mars CamTrack is to use the Unreal Engine to create a 3D virtual environment that can be manipulated and transformed in real time with a computer and projection, and then connected to the real-time rendering engine based on the synchronous coupler and Livelink data format, finally realizing the “synchronization of the live actors and the virtual images”. output”. The value of this solution is that it can reduce the cost of framing and the difficulty of setting, and it can also help actors to better perform their acting skills (after all, they can see the surrounding environment), and it can also save some post-production costs.according to Industrial Light & Magic More than half of The Mandalorian was filmed using the same type of technology. In addition, the green screen application scene also appeared in the official introduction film of HTC Vive. In order to reduce the difficulty of setting the system, HTC Vive also added functions such as camera and lens calibration to Mars CamTrack.

“Virtual production represents the future of content creation. It allows filmmakers to unleash their imaginations and go beyond the constraints of real-world physical environments. With Mars, HTC brings its years of experience developing VR technology to the realm of virtual production. Film Professionals There is no need to weigh time, cost and quality. With the VIVE Mars solution, virtual production equipment can fit into a backpack while providing professional-grade film and television effects.” HTC Vive Enterprise Solutions, who participated in the development of the world’s first Android phone Bao Yongzhe, senior vice president of the program, said so.

The standard package of Mars CamTrack includes a Mars, two Vive Trackers (3.0) trackers, three Rover modules and a pair of Base Stations (2).Its early bird price is US$5,000, and interested friends can go to the official websiteregisterBuy.

Debanhi ran into the Nueva Castilla motel; Prosecutor reports that she was not persecuted