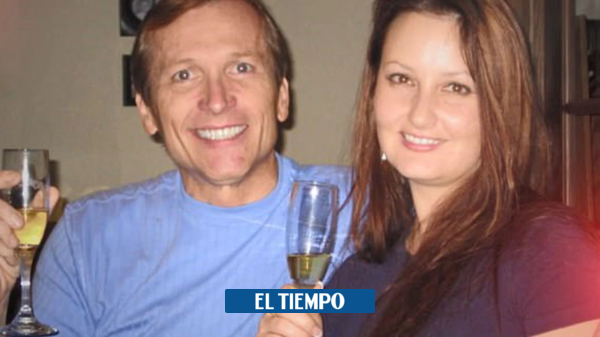 The clock struck twelve. The hands had stopped, as had Michel McNeill’s heart. Her naked and cold body was submerged in the bathtub in the main room, when her daughter Ada found her. On April 11, 2007, The former beauty queen and wife of doctor Martin Joseph MacNeill was found dead at the age of 50 in Pleasant Grove, Utah, United States.

The case generated great commotion because the family was known to have a dream life. She, a great violinist, dedicated to home and church. He, her husband, was a renowned doctor and lawyer, who had earned the respect of his community thanks to his teaching Sunday school.

Together they had four children in five years. Later, they decided to adopt four more children in the Ukraine. They all lived happily in a large house in suburban Pleasant Grove.

But it was then that the day of tragedy arrived. Alexis Somers, formerly Alexis MacNeill, told ‘ABC News’ that at the time “Everything we knew as a family was destroyed”.

(You may be interested: They bought a house, but ‘El Vigilante’ wanted to kill them: that’s what their calls were like).

But what happened? How did Michele die? or rather, who killed Michele?

Martin McNeill and Michel Marie Somers were married on February 21, 1978, at the ages of 22 and 21, respectively. But unfortunately from the beginning, their love brought some problems.

There is very little information on McNeill. It is known that when he turned 17 in 1973, he joined the army of his own free will, but it lasted only two years, as he was discharged due to mental health problems.

After that, he began a life oriented towards religion and service. That’s how she met Michelewhen they were at a youth meeting at the Church of Jesus Christ of Latter-day Saints.

They started dating that same year, in 1975, and three years later they eloped to get married in secret, since The parents of the then ‘Miss concord’ did not approve of the relationship. But this did not prevent them from forming a life together for almost 30 years.

During this time, Martin – who was an Osteopath – worked as the medical director of the Utah State Developmental Center in American Fork, as well as being a lay leader in the Mormon congregation.

For her part, Michele dedicated herself to the home, especially caring for and raising her children: Rachel, Vanessa, Alexis, Damian, Giselle, Elle, Sabrina y Ada. The truth is that McNeill enjoyed a very good salary, which allowed him to support his family with all the luxuries.

Everything was perfect. Or that was what she wanted to appear.

Cancer and a lover

Martin MacNeill told his family, his church, and friends in Pleasant Grove, Utah, that he was dying of cancer. This at the beginning of 2007, before the great tragedy.

With this as an excuse, he organized his finances and took trips, ostensibly to receive medical care. But what really happened was that he kept running away with Gypsy Willis, his last mistress.

(We recommend: The terrible case of a young man who killed his father believing he was a mobster).

According to court documents, investigators in the case they believed it was all part of Martin’s plan to divert attention. However, it did not work, because during their affair, the ex-bishop began to change.

“He started acting very strange… He became very obsessed with losing weight and with his appearance. I was going to tanning salons,” Rachel McNeill told ‘ABC News’. Michele and her family realized something was wrong and it was her when she confronted him. Authorities say this may even have been part of the plan, as during their argument, he suggested she get facial surgery.

In other words, turned the discussion around and began to suggest that she should also change physically to be more beautiful. She recommended gym classes, a change in diet and most of all a face lift.

In the end, Michele accepted all their proposals.

During the first days, her daughter Alexis, who was studying medicine, took care of Michele. She did it with great care, but at the same time worried, because she felt that the medication they were giving her was excessive. This was mainly prescribed by McNeill.

According to Somers, her mother knew that she was going to die soon, because before she went back to college, she told her: “If something happens to me, make sure it wasn’t your dad”.

That same day, a Monday, April 11, 2007, Michele MacNeill had been found dead in the bathtub at her home.

The autopsy concluded that Michele had died of cardiac arrest. Three days later, she was buried, while the investigation closed two months later, without having investigated her family and with the only theory that they had been natural health problems.

For Michele’s children, the situation was very strange. They knew that her father had had some affairs before and that things were not going so well with his mother. In addition, they were aware of the medication she was taking, mainly because of Alexis’s warnings about it.

(Keep reading: The strange story of the cat that managed to predict the death of more than 100 people).

Two weeks after the funeral, Willis moved into the McNeill house, under the pretense that she would be babysitting the little ones. However, Alexis already knew her name, because her mother had told her that she suspected that she was Martin’s new lover.

With all the pieces together, Rachel and Alexis, two of the couple’s daughters, began lobbying for the autopsy tox screen to be taken into account. It was then that Dr. Todd Gray, chief coroner of the Police Department, found that the combination of Promethazine, Zolpidem, Diazepam and Oxycodone could have led to cardiac arrest.

Behind this, Authorities from the Utah County Prosecutor’s Office reopened the case and specifically investigated McNeill.

In 2009, Martin MacNeill and his lover Gypsy Willis were sentenced to three years in prison for fraud by using the Social Security number of one of his adopted daughters so that Willis could open bank accounts in a false name to pay off his debts. .

But it was not until 2013 when justice was finally done. The jury found that he had been guilty of murder, especially thanks to one of the testimonies of one of his mistresses. Anna Osborne Walthall said that Martin had once explained to her how to cause a heart attack naturally.

He was then sentenced to 17 years in prison. He condemns that it was not fulfilled.

Nine years later, Martin was found dead at the Utah State Prison Olympus Facility in Draper, where he was serving time on charges of first-degree murder and second-degree obstruction of justice.

You can also read:

‘Strangler of grandmothers’, locksmith who cheated on women: ‘I don’t know how many I killed’

The WWE fighter who left the stage to succeed in OnlyFans

This is Russia’s ‘Apocalypse Weapon’: It Creates Radioactive Tsunamis

Pedophilia and cannibalism: the terrifying story of ‘Sleeping Beauty’

Sokushinbutsu: the shocking Buddhist practice of mummifying yourself alive