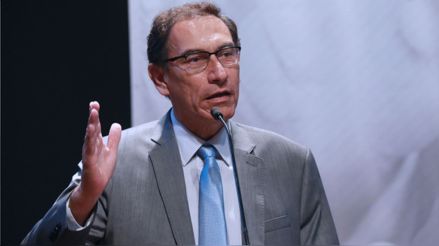 The former president of the Republic, Martin Vizcarra, announced on Friday night his intention to apply for the Congress of the republic, by the political group Somos Perú.

In statements to Nothing is said from RPP News, the ex-president assured that he received an invitation from the president of that party, Patricia Li Sotelo.

According to a letter sent by the leader of that group, Vizcarra Cornejo will head the list of candidates of Somos Perú to the Legislative.

The former president said that he analyzed in depth the possibility of running for the Legislature, after the constitutional Court declare inadmissible the competence claim for the first vacancy attempt presented by your Government.