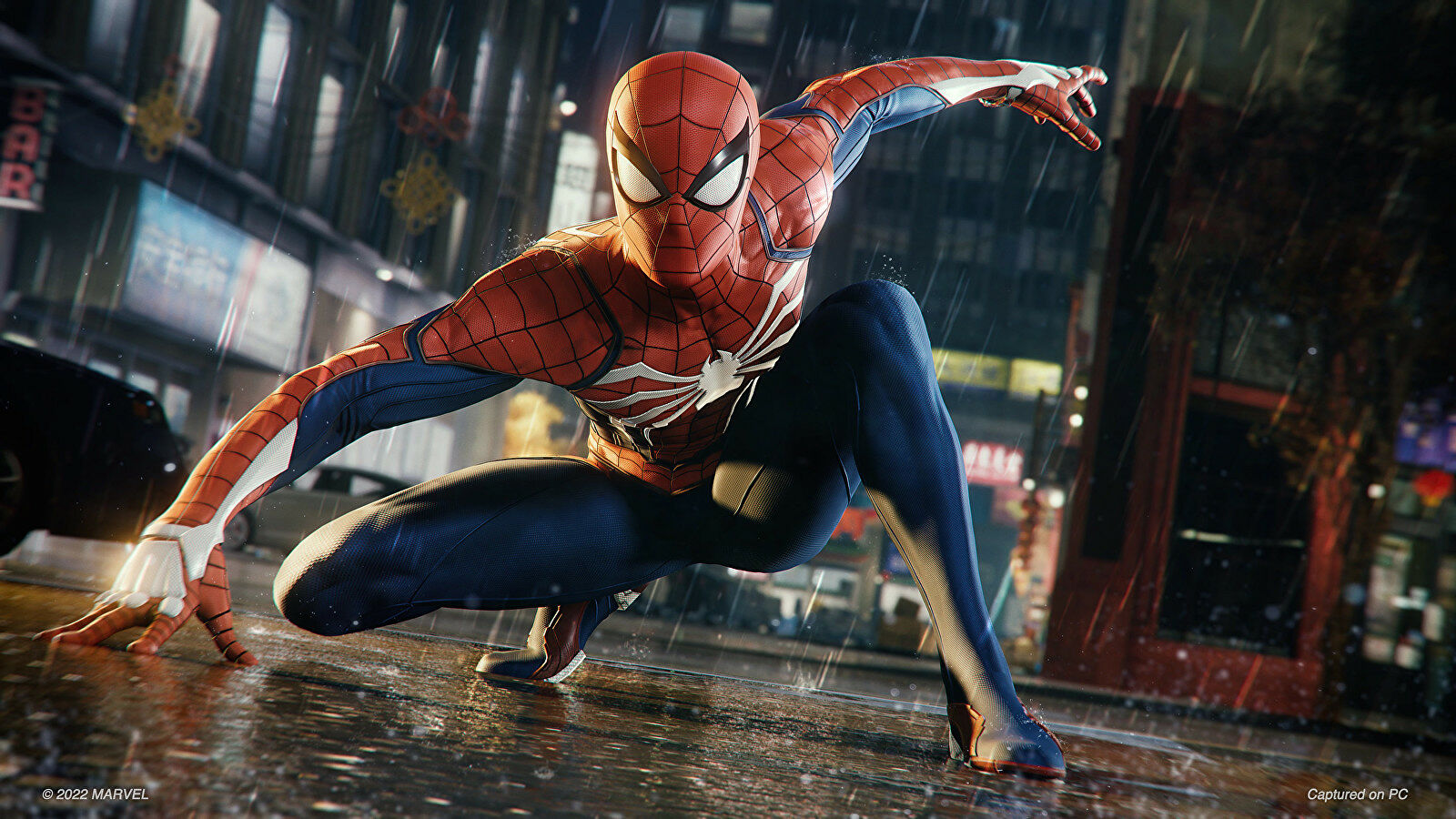 Seven months almost to the day after God of Warit’s another flagship PlayStation exclusive coming to PC with much fanfare as its sequel is set to take the console market by storm in 2023. Sony’s business strategy isn’t subtle, but it prioritizes the customer’s desire to buy and this is felt once again in the quality of the PC port with Marvel’s Spider-Man.

Released in 2018 on PS4 and “remastered” in 2020 for the PS5, the game from Insomniac Games was adapted to the PC with the help of Nixxes Software, a studio specializing in ports with more than 20 years of experience behind the tie and several quality titles to his track record.

None crash, no issue of stability or decrease in the frame rate was encountered in more than 25 hours devoted to this test. The game has all the graphical assets of a Triple-A title, especially if your PC is equipped with a state-of-the-art graphics card and a 4K screen. A few impromptu texture loads while moving around, almost only during the prologue, but also occasionally late-game, however, froze the action for a few seconds at a time.

These trips, to get to the heart of the matter, are also one of the strengths of any Spider-Man game worthy of the name and this one is no exception. Strolling through New York swinging at the end of your ropes, between two aerial acrobatics or at full speed projecting yourself from one roof to another, never becomes tiresome.

The city map allows teleportation to specific points, but Peter Parker is able to move at good speed and it’s more the detours to prevent a crime or to complete a secondary quest that will prolong the journeys, or simply the envy to enjoy the view.

It must be underlined, the New York of Marvel’s Spider-Man Remastered deserves to be called a secondary character, and not the least. America’s largest city is sometimes majestic, sometimes ramshackle, but always remarkably detailed. Each building is unique, each district has its own personality and each trip, therefore, is different from the previous ones.

Added to this are the 8.6 million New Yorkers, represented by a generous amount of generic characters with their little routine in the streets and in the few buildings where it is possible to enter. We largely avoid the feeling of emptiness of certain other open worlds.

But if the city steals the show, we notice after a while that its residents serve mainly as decoration. Their behavior loses credibility when a fight breaks out. They don’t always run in the right direction, sometimes ramming through dangerous criminals, and only clump together at a distance at which they would be cannon fodder for stray bullets and stray rockets, if not not immortal.

The artificial intelligence of the enemies isn’t really more convincing, especially because of a ridiculously limited field of vision, but they make up for it with their numbers in a combat system similar to that of the series. Arkham of Batman. Various gadgets, such as robotic spiders, your good old web shooter or even anti-gravity grenades, allow the player to approach these confrontations with a decent range of tactical options, which increases as the progress progresses. The handling, both controller and keyboard, promotes a fluid, fast and creative approach to combat that is enjoyable without being revolutionary.

Don’t get off so lightly

The difficulty is essentially based on limited life points which require a minimum of caution, but Marvel’s Spider-Man Remastered is not designed to be a game of skill offering a challenge to the player, except during specific side quests where performance translates into scoring.

The occasional contextual action sequences are short and particularly easy, not to say too easy, and the game’s supervillains are fun to fight without always posing great threats.

Several combat and action sequences are also entirely or partially presented in the form of cutscenes which are certainly spectacular, but which sometimes give the impression of depriving us of a great opportunity to demonstrate our skill.

These cinematics are however at the service of a very neat staging and a well-crafted scenario which alternates with a good sense of balance between the two lives of Spider-Man/Peter Parker and which introduces the character in a beautiful way. of Miles Morales, his successor in the making, star of Marvel’s Spider-Man: Miles Morales, released in 2020, and another headliner, in tandem, of Marvel’s Spider-Man 2, due out next year.

The game allows you to embody Miles before obtaining superpowers in sequences focusing on stealth and does the same for the character of Mary Jane Watson, ex-girlfriend of Peter Parker, reckless journalist and partner of Spider-Man in his hours. These sequences, especially those with Mary Jane, are not unpleasant, but are still often less successful than the rest of the game, due to the simplistic AI. They are limited to distracting enemies with auditory decoys and crouching while walking (hello, back problems), which is far from innovative.

The other lack of originality of the game are the side quests. Some are very simple, like “go there and press Y”, and the whole thing lacks variety. But the potential was there. The three DLCs of the original game, included in the “remaster” offer interesting quests, but which take place after the main story and outside of it.

A few repetitive quests, however, are far from spoiling the experience, which reminds us why Spider-Man is one of the most popular superheroes, but also one of those whose adventures best adapt to video games. Acrobatic, powerful and endowed with a sense of repartee almost worthy of a superpower, the spider-man puts on a show in all circumstances.

Ikea products for your home that you will not find cheaper