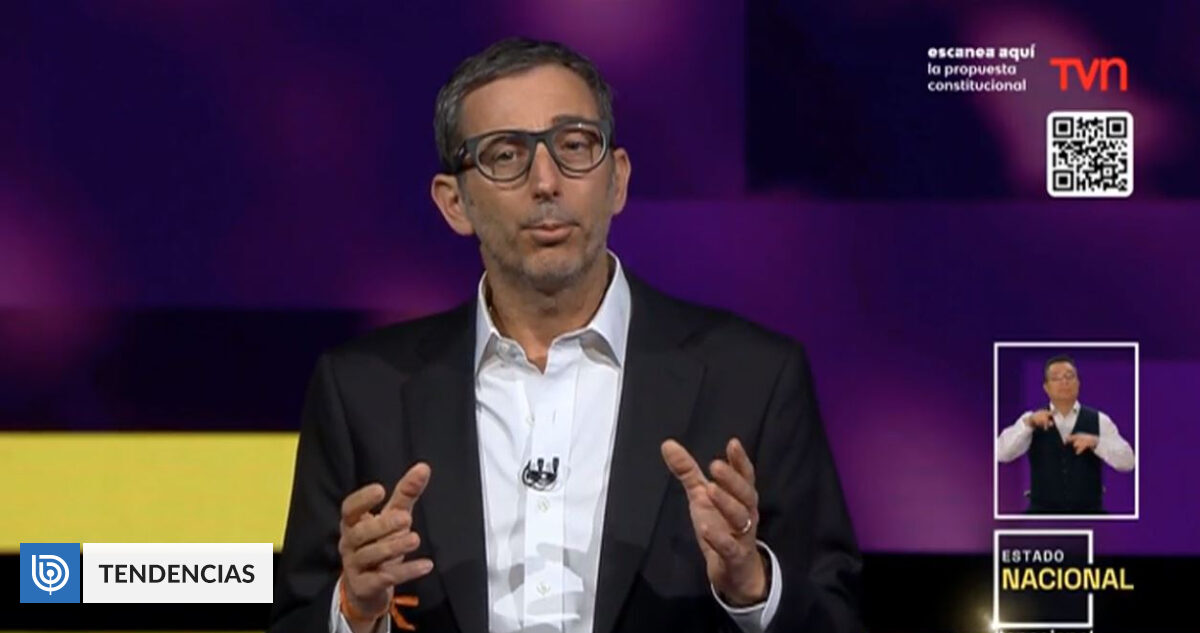 The journalist reappeared on the program this Sunday night, where he dedicated words in favor of his television signal after a week of controversy over his departure and re-entry into the debate space.

During the first moments of the program National statethe journalist Matías del Río He referred live to the controversy he starred in last week, after his departure from the talk show was announced. Thus, the professional showed his support for the television signal.

“There was talk of the possibility of a threat to freedom of expression. This was what generated the passionate controversies that brought together thousands of Chileans,” the professional began.

“The important thing, in any case, went beyond these incidents because many people smelled in this past the stench of intolerance, cancellation “he remembered.

Thus, the professional showed his support for TVN, commenting on the reaction to his departure. “Very overreaction? Possibly, I am not the one to say it, but the facts are there”he commented, assuring that “the only thing I know is that the reactions of the citizens are not managed by journalists or politicians.”

Regarding the debate regarding journalism that led to social networks, del Río assured that “we could clearly see an alert citizenry to demand that the independent exercise of journalism serve as fertilizer for the land in which democracy sinks its roots.”

“We must understand that journalism and TVN journalists do not push the bandwagon of political biases”he highlighted.

“There are in this channel and in the team of National state a robust tradition of objectivity and professionalism. We are fully committed to pluralism and do not traffic in endorsements or veiled attacks on the left, center or right.”hill.

Last Sunday, the newspaper El Mercurio announced Del Río’s departure from the debate program. According to the media, the journalist left the space after a series of criticisms of little impartiality by Nivia Palma, a member of the channel’s board of directors.

I do not understand and do not share the decision of the National State TVN to have 4 Rejection representatives and 2 Approval representatives on its panel. I publicly apologize to Christian Democracy for disrespecting them by inviting a deputy who lost the democratic vote of the DC National Board. @PDC_Chile https://t.co/YJtcCHjmsK

They also pointed out that the central objective of his departure was to “protect him”. This, due to the series of criticism received from the sectors of the Left around the figure of him.

On the same day as the news, her partner on the screen, Constanza Santa María, showed her support for del Río, assuring live that “indeed, decisions have been made, which were made by the press director of this channel, who obviously has to give an answer”.

“Here there is tremendous affection for Matías. He’s a personal friend of mine, obviously, and We greatly appreciate your journalistic work”then closed. Also, different communicators showed their support for the communicator during the week.

Thus, the next day, from TVN they delivered a public statement where They assured that del Río had been notified of his departure before the episode in discord. In addition, they added that the signal made the decision to “go back to having a single driver, as in the beginning.”

They also said that the departure of the professional “is a strategic definition that seeks to enhance our programs, in the midst of demanding television competition.”

The channel also stated that “Matías del Río is a highly valued face”, announcing that the professional “A new conversation format will work with great personalities that will debut in the coming months.”

However, because the controversy continued, the communicator’s return to the program was confirmed on Thursday night. “National state will carry out its new format with a driver”they pointed out in a public statement.

This means that the role will be played alternately on Sundays by journalists Constanza Santa María and Matías del Río, while “work continues on innovations for the format.”

Paula Robles returned to acting and was applauded by her children, Juanita and Francisco Tinelli

Consumer spending in the UAE grows by 22% in 6 months