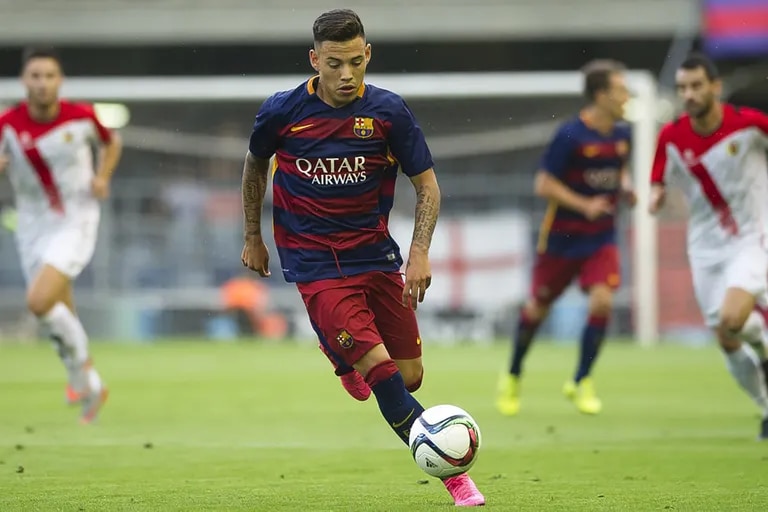 After losing control of his car, crossing the lane and crashing into a tree, the footballer Maximiliano Brian Rolon passed away in the national route 33, between the Golf Club Casilda (Santa Fe) and the former toll station. In addition to the 27-year-old striker (he played in Atletico de Chabas), his brother lost his life in the accident Ariel Hernan, 30 years old, also a soccer player and passenger in the damaged Fiat Punto car.

Because the force of the impact that occurred this Saturday morning, the brothers died on the spot before the arrival of the Pujato firefighters, the ambulance and the police. Pending the investigations, the causes of the accident are unknown. Maxi Rollon participated in the Casildense League soccer player, like his brother, a Huracán soccer player. The League suspended the first and reserve matches this Sunday as a sign of mourning, and established a minute of silence in the matches of the lower divisions.

The soccer career of Maxi Rolón (1.70m, 65kg) had been out of the media spotlight in recent times, but seven years ago he had gained notoriety as the youth born in Rosario and formed in Barcelona quarry, which integrated the selected Argentine Sub 20 champion in the South American of Uruguay 2015. A sharp and explosive striker, Rolón played three games and scored a goal in the 2-0 win over Brazil in a team he led Humberto Grondona, in which he had as companions Ángel Correa, Giovanni Simeone, Sebastián Driussi, Augusto Batalla and Emmanuel Mammanna, among others. In that tournament, interviewed by the special correspondent of LA NACION, he stated that he had received calls to play for the Spanish team.

The goal against Brazil in the South American Sub 20

He was also part of the team that played the New Zealand Under 20 World Cup, but did not enter the three matches of Argentina, eliminated after the group stage.

Born in Rosario, Rolón started playing in the neighborhood club oroño and then went on to Midwest. His career had a great change when, at the age of 15, he traveled to try out in Barcelona. It was registered in the grassroots football of La Masía and joined youth A, with which won the League of the category and la Youth League (Champions League juvenil). He was also a finalist and scored two goals in the youth Copa del Rey.

He was promoted to Barcelona B in the 2014/15 season, but at the time he had to confirm his progression, his career was less transcendent than could be imagined. Five years after his arrival, he terminated his contract with Barcelona and in 2016 he moved to Santos (Brazil), where he only played 26 minutes in two games. He returned to Spain for a fleeting visit to Lugo and in the 2017/18 season he had his only experience in the first division of Argentine soccerwith 96 minutes distributed in four matches in Arsenal. His next destinations abroad were United Coquimbo (Chile), Strength Yellow (Ecuador) and Al Diwaniya (Iran), until he returned to Argentine soccer to play near his birthplace.