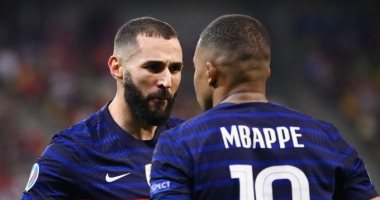 Italian Carlo Ancelotti, coach of the Spanish club Real Madrid, began to draw the features of the formation of the Royal Club during the new football season 2021-2022.

The global “Hoscord” website, which specializes in numbers and statistics, revealed the expected formation of Real Madrid next season under the leadership of coach Carlo Ancelotti, as he has not lost hope in contracting Paris Saint-Germain striker Kylian Mbappe so far, despite the Paris club’s adherence to him.

Real Madrid, the runner-up of the last edition of the Spanish League, opens its confrontations with its host, Deportivo Alaves, and ends the season with its guest, Real Betis..

The royal team will play the Clasico against its traditional rivals in the tenth round on October 24, at the Camp Nou stadium, the Catalan team’s stronghold, while the return match will be held at the “Santiago Bernabeu”, on March 20, 2022, as part of the 29th round competitions.