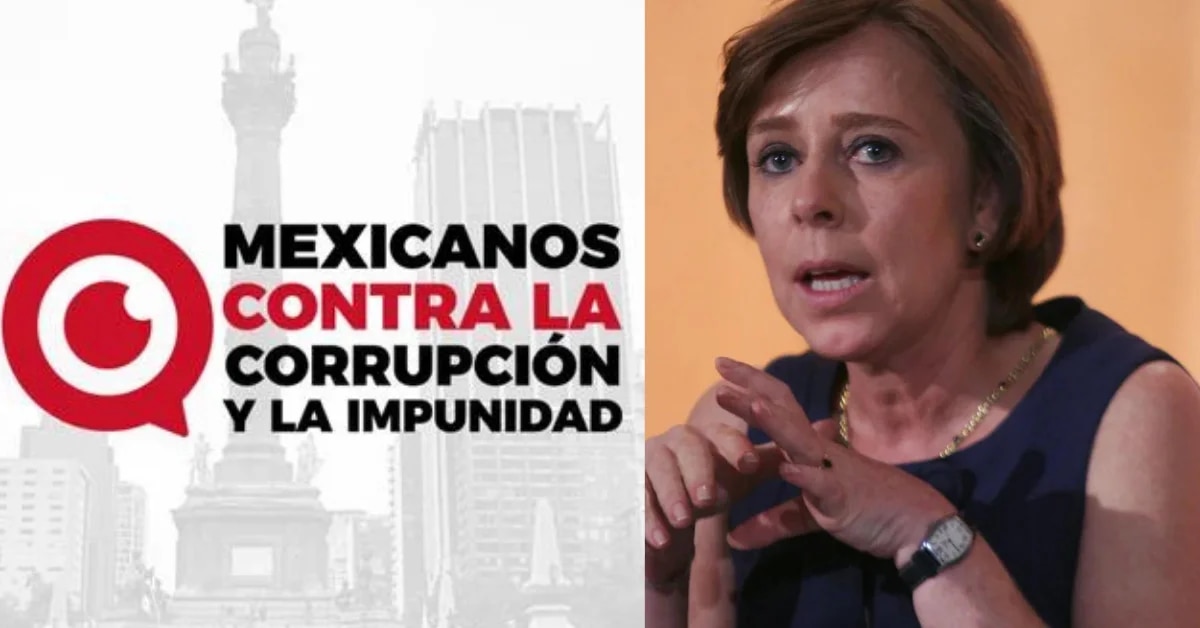 Mexicans Against Corruption and Impunity ruled out that the organization has political-electoral interests (Photo: MCCI)

Mexicans Against Corruption and Impunity (MCCI) assured that they do not seek or have political-electoral purposesafter The New York Times (NOW) posted a note which mentioned a meeting between the United States ambassador to Mexico, Ken Salazarand the president of said organization, María Amparo Casar.

In accordance with NOW, Casar went with the US official in search of support due to the attacks on the NGO by President Andrés Manuel López Obrador, who has even criticized the US government for financing MCCI.

During the meeting, Ken Salazar asked Amparo Casar if MCCI secretly participated in political affairs and warned him that, if these accusations were proven, he would propose cutting his financing.

Before the questioning of the American ambassador, Casar assured that the organization has no political interestsalthough Salazar doubted the answer, since even Juan González, President Joe Biden’s main adviser on Latin American affairs, told NOW that, despite everything, the US government would continue to fund MCCI.

Ken Salazar questioned the president of the MCCI, María Amparo Casar, about the political interests of her organization (Photo: EFE / Cuartoscuro)

After the publication of the aforementioned note, the organization led by Amparo Casar issued a statement in which it ruled on these remarks. In this regard, they indicated that the organization holds daily work meetings with “diplomatic representations”such as those mentioned in the research of NOWas part of their journalistic work and not for other purposes.

“At MCCI we endorse that we are not an organization with political-electoral purposes, and that (…) we comply with the corporate purpose that governs us. Thanks to this, we continue to be recipients of national and international funds, including those of the government of the United States of America”

Likewise, recognized the journalistic work of NOW to understand the bilateral relationship between both countriesas well as its historical and political processes, and commented that the published note highlights the challenges that both Mexico and the US face.

US analysts and officials pointed out that the relationship between Salazar and AMLO could be “counterproductive” (PHOTO: MARIO JASSO/CUARTOSCURO.COM)

the note of The New York Timespublished on July 5, mentioned the relationship between President Andrés Manuel López Obrador and Ken Salazar, since officials in the Joe Biden administration have expressed dismay over the Influence of the Tabasco in the performance of the American ambassador.

Officials from the neighboring country pointed out that the relationship between Salazar and AMLO could be “counterproductive”, since Washington’s interests in Mexico could be affected. An example of this is the support for some issues (such as his pronouncement in favor of the Electricity Reform) that contradict the position of the Biden government.

In that sense, US analysts and officials questioned whether Ken Salazar “has gone too far” in his attempt to get closer to the president of Mexico, since since he took office in 2021 he has expressed his inclination and support for López Obrador.

And it is that in addition to receiving the president of MCCI at his residence, Salazar also received Lorenzo Cordovapresident councilor of the National Electoral Institute (INE), whom he questioned about the alleged electoral fraud of 2006in which Felipe Calderón Hinojosa was the winner.

That is why these types of questions and positions by Ken Salazar have drawn the attention of several members of Biden’s cabinet, who, despite the uncertainty, have publicly supported him.

Relationship between AMLO and Ambassador Ken Salazar worries the US: The New York Times
AMLO defended Ken Salazar against criticism from the New York Times: “They would like to have an ambassador’s falcon”
Ken Salazar called for a prompt resolution to the migratory phenomenon between Mexico and the US after the tragedy in Texas

Opinion.. Abdul Khaleq Abdullah writes to CNN: A letter from an Emirati academic to the American president

but why is France so late?