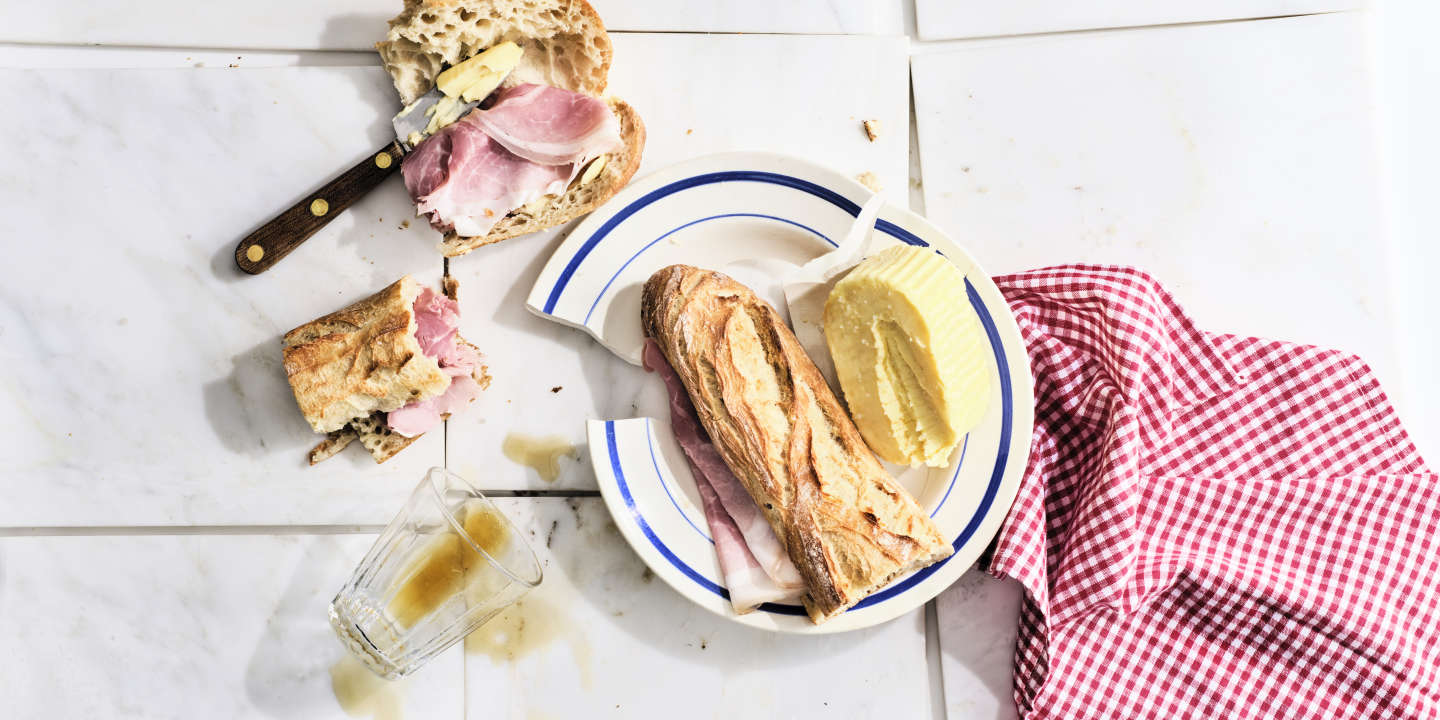 When two far-right YouTubers find themselves in front of a piece of beef, it’s less to talk about cooking than politics. “It’s not a steak that votes green or LFI [La France insoumise], it’s a steak that votes eternal France. If we send him to Indoch’, he wins”, Papacito is having fun, big black glasses, shaved head, visible tattoos. It is November 2020, and this figure of the fachosphere 2.0, who made himself known for his provocative videos in which he notably simulated a shooting at a mannequin representing a voter of Jean-Luc Mélenchon, is the guest of “Lord’s Meal”.

If you look at it distractedly, this show, designed and presented by Baptiste Marchais for his YouTube channel “Bench & Cigars”, looks a bit like a banquet at the end of an “Asterix”. “All that here comes from an Aveyron butcher. There, you have that heavy. You have duck rillette with pieces of duck breast, you have head pâté, you have country pâté, you have rosette, you have smoked ham, you have fresh bread , there we are good! », he says, opening one of these gargantuan gastronomic videos. Welcome to the identity “foodistas”, this handful of demonstratively virile guys who praise the fat, the heavy, the terroir, as others celebrate theavocado toast on Instagram. “The bobo counter-culture”, summarizes Baptiste Marchais.

A good fellow with a shiny mustache that makes him look like a Gaul on steroids, this bench press champion is the perfect host. In “Repas de seigneur”, it is not only a question of blowing up your cholesterol level by eating a menu that borders on 10,000 calories, but also, between two fork strokes, of glorifying eternal France threatened by ” the scum”. On this autumn day in 2020, for example, he and Papacito will taste, against a background of medieval music: confits, smoked duck breasts and duck gizzards, a lobe of foie gras per person, two baguettes of bread, two ribs of beef from blonde de Galicia, a mountain of fries, a pavlova with red fruits, with, to finish, booze and a cigar. And, after his host was able to testify to his tropism for Franco, Baptiste Marchais concluded with a fart bouncing in his leather club chair. ” That’s done ! »

“I hate your newspaper, I don’t want to participate in its proper functioning”, says Baptiste Marchais of the “World”.

The video, online since November 12, 2020, has more than 1.3 million views. In a Q&A filmed in the fall of 2021, Baptiste Marchais tells his community that he is “much better off financially” for a year, that is to say since the launch of his YouTube channel devoted to sport and the French art of living. In front of the cameras Current values, he unfolds his life as a former nightclub bouncer. He grew up in Val-d’Oise, between a French teacher mother and a pastry chef father. An admirer of Napoleon, he now supports Eric Zemmour in his race towards the highest state functions. In “uninhibited man”, he affirms, in his program, his patriotic and nationalist ideas in a lively tone. On the other hand, when we try to interview him, it is immediately less sympathetic: “I hate your newspaper, I don’t want to participate in its proper functioning. »

You have 72.03% of this article left to read. The following is for subscribers only.

On the Covid front – In the words of Alain Berset, the end of the restrictions is near