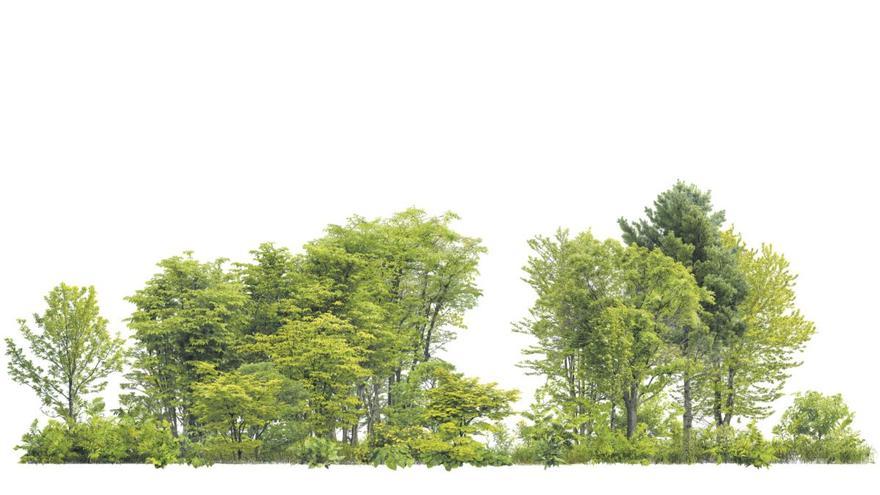 Since the rural exodus began in Spain and we massively abandoned our place in the countryside to inhabit the cities, human beings have progressively disconnected from nature.

We are no longer attached to that part of our existence and now research has come to show that, beyond good views, contact with nature and the forest baths –an activity originating in Japan, with a long tradition in various cultures around the world–, reduce stress and provide endless benefits linked, especially, to psychological health.

Since the explosion of the coronavirus pandemic and the forced confinements, many have decided to return to their origins and take refuge in the countryside. Leaving the city behind and relying on the technological facilities of teleworking to start a new life surrounded by nature.

That way of putting your feet up is now backed by science as a way to better deal with stress and anxiety generated by the pandemic or other causes: “Thinking of the natural world in an interconnected and harmonious way corresponds to better psychological health”. These are the words of Brian W. Haas, associate professor in the Brain and Behavioral Sciences Program at the University of Georgia, in the United States, and lead author of the research that confirms the positive effects of nature in our daily fight with Covid-19.

The team of researchers from the University of Georgia set out to assess and quantify the relationship that existed between our psychological health due to the coronavirus pandemic and the influence that our connection with nature has on it.

To achieve this, they launched analyzes both in the United States and in Japan with which measure the impact that Covid-19 is having on our lives.

The study ranged from the levels of stress and anxiety of the subjects, through the effect that the crisis had had on their income and their jobs, and the degree of connection that each of them had with nature.

The highlight of the research is that those subjects who had greater connection with nature reflected lower levels of stress than those who were not in harmony with it. “This is a great lesson, this is a time when we need to start really appreciating that things like our relationship with nature do matter and have an impact on more tangible things like our mental health, which we often forget about,” he says. Fumiko Hoeft, professor of psychological sciences and director of the Brain Imaging Research Center at the University of Connecticut.

Relationship of domination over the planet?

Having contrasted subjects from two cultures as different as the North American and the Japanese in the study, when the research went into detail about the way they relate to the environment, it discovered differences between them.

For the inhabitants of the United States, their relationship with the environment in which they live is based on domination. Most of them consider that “they should be the ones who should be the owners of what is natural”.

Well, according to the study, it is this group of people who are suffering more than any other from the effects of the pandemic on a psychological and stress level.

Quite the opposite of Japan, where the relationship of its citizens with nature has nothing to do with domination, but rather with life in harmony as part of it.

This ancient art, which comes from Buddhism, is committed to reintegrating us into nature through the five senses

So much so that in Japanese there is an expression known as Shinrin-Yoku, which translated would mean something like forest bathing, and which according to the researchers “has a real impact on the psychological health of the population. There is scientific truth behind its practice.”

Hass insists that his research is “showing very convincingly and with empirical data that during a time as difficult as the one we are in now, it is important to do these kinds of things to maintain our psychological health in perfect condition.”

The technique of Shinrin-Yoku or forest baths

These ‘forest baths’ typical of the Japanese tradition They have been growing since 1982 when the country’s government and its health authorities began to recommend walks through its natural landscapes as a way to combat work stress, based on the benefits they have for health at various levels.

A few hours walking among trees (in silence and with the mobile turned off) reduces cortisol levels, the hormone associated with stress

It is ancient art, which comes from Buddhism, is committed to reintegrating ourselves into nature through the five senses. Reconnecting with nature, doing it in silence, and leaving behind the constant impacts to which we are subjected, and even more so now dealing with the Covid-19 crisis, helps to increase the feeling of tranquility as a result of the drop in our blood pressure, which will also bring benefits for our cardiovascular health.

It is about walking for a few kilometers through nature, doing it in silence and allowing ourselves to be imbued by what emerges from there. On the one hand, plants release a series of volatile components that benefit our health. On the other hand, it reduces the concentration of cortisol in our saliva, a hormone associated with stress and anxiety. Of course, to benefit from these effects, a brisk walk is not enough: specialists consider that the minimum to obtain its benefits is at least one morning or one afternoon a week. Another essential requirement is to turn off the mobile for a complete disconnection.

Interacting with nature is rewarding

Such is the benefit, that each year more than four million Japanese attend the Shinrin-Yoku sessions that are held in the 48 official centers that the Japan Forestry Agency has throughout the country. “During our evolution we have been 99 % of our time in natural environments. Our physiological functions are still adapted to the natural environment and that is why the feelings of well-being and comfort that we experience are almost always related to this type of environment”, highlights Yoshifumi Miyazaki, physiological anthropologist and deputy director of Chiba University’s Center for Environment, Health and Field Sciences. of Japan until 2018. Mizayaki, who is still professionally linked to this institution, investigated in 2004, in more than 600 subjects, how those who enjoyed these forest baths had managed to reduce “the hormone cortisol, which is responsible for regulating levels of stress, in 12.4%; sympathetic nerve activity by 7%; and blood pressure by 1.4%.”

The investigation concluded that those who practiced Shinrin-Yoku continuously experienced a 6% reduction in the number of heart attacks.

In a country like Japan where the term karoshi was coined decades ago to define deaths due to overwork, nature has allowed them to regain their balance and now, in this complex and stressful time, they are having a competitive advantage.

Arber Xhekaj, the hope who sees himself succeeding Ben Chiarot

From eurosceptics to activists for integration, the French divided on the place to be given to the European Union