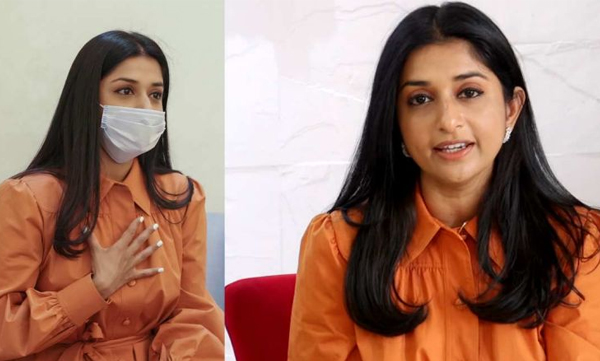 Meera Jasmine is all set to return to Malayalam cinema after a long hiatus. Meera Jasmine last appeared in Kalidas starrer Poomaram in 2018. The actor appeared in a guest role in the film. Meera is returning to Malayalam cinema with a film directed by Sathyan Anthikkad. The actor told the media after accepting the Golden Visa, a long-term resident of the UAE, that he has decided to stay active in cinema.

Meera returns to Malayalam cinema as Jayaram’s heroine. “It is a blessing to work with Sathyan Anthikkad again. Hopefully this movie will be a good start in the second coming. It’s great to hear that the audience is excited about my return. That’s what drives me forward. He was away from the cinema for a few days. He will be active in the industry through good movies. Sathyan is also happy to be able to work with Uncle again. This is our fifth film together.

Today there are a lot of platforms for cinema. Even Bollywood is studying Malayalam cinema. Malayalam has an intelligent audience. So I have to thank them. Do not compare the new project with Achu’s mother and chemistry. This is also a Sathyan Anthikkad movie. I’m got a good character. I think this will be a good start in the second coming. Now let’s look for good characters and movies. ” – Meera said.

The actor also commented on getting a Golden Visa. Meera said it was a milestone in her life and she was proud to have received the Golden Visa.