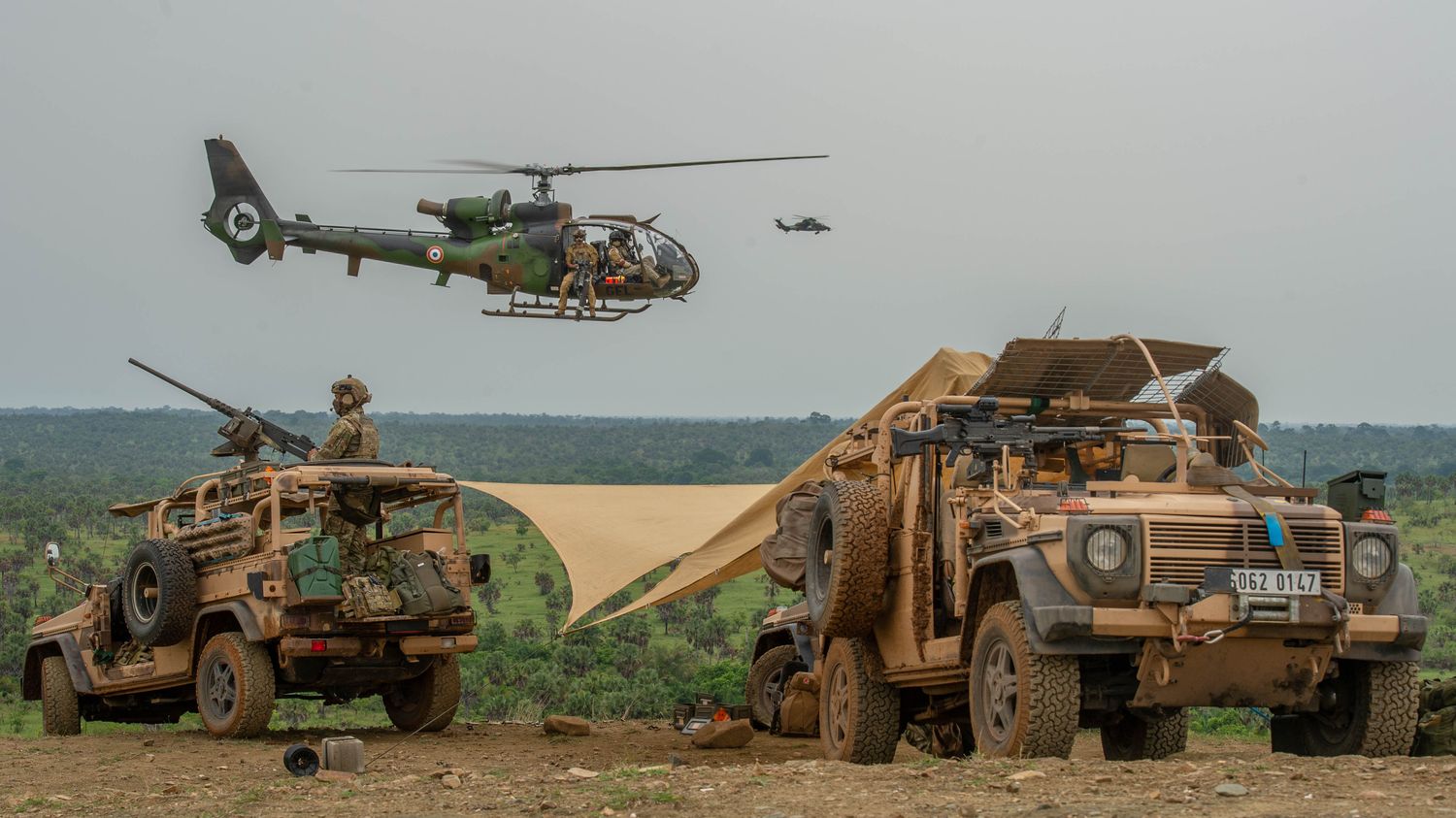 Helicopters, still insufficient in number in France, have become essential, especially in the Sahel in the fight against jihadist movements. In Ivory Coast, the 4th Special Forces Helicopter Regiment organizes exercises.

The helicopter that Lieutenant Darius will pilot a few hours later is almost twice as old as him: the Gazelle made its first flight in 1967; Darius was born in 1993. “It’s an old device but it also has its charm in its size, its maneuverability, which has always made me dream. It’s a chance to fly this helicopter”.

The noise of the Gazelle’s rotor and that of its machine gun, capable of firing 50 cartridges per second, saturate the Ivorian night. In the cockpit, Darius, night vision binoculars lowered, sweeps the landscape from left to right, because these binoculars narrow his field of vision. Night vision is a greenish halo that flattens the reliefs. “We create a library of images by flying at night. As we know that such and such a silhouette is a tree. from a certain height. A lake, at the beginning, one will have the impression that it is a ground which will perhaps be in earth, but gradually one will say to oneself, no it is a lake “.

“The brain will record the image, will create this library, expand it, and give us more intellectual comfort for night flight.”

Proof, if it were necessary, of the extreme dangerousness of this night navigation, on November 25, 2019 two helicopters of the Barkhane force collided during a night mission in Mali. 13 soldiers died in this collision. “You can have a traffic accident too”, relativizes the young lieutenant.

What he sees is his role, that of a guardian angel of the commandos on the ground. “When you are in support of a group on the ground, we will still have lives at stake and these are feelings that we know little or nothing about in civilian life.“. The death ? “I accept it”, answers Darius.

Darius never wanted to do anything other than what he is doing today. When he talks about flying for special forces, he repeats the expression “push the cursors”, in the technicality, the search for performances and the taste of the effort. Then he smiles and says: “It is not a mass sport”.