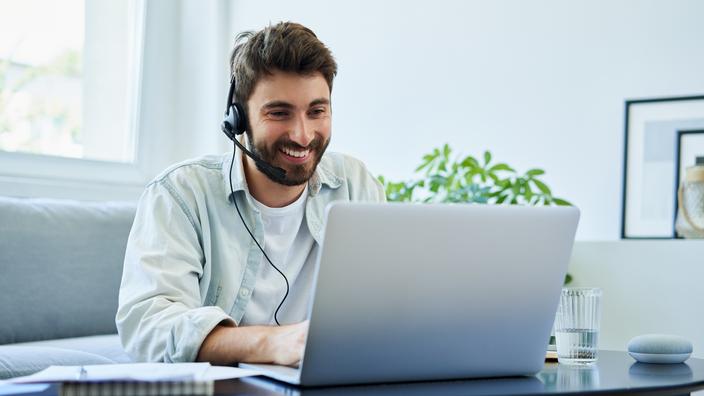 A study by the American firm shows, with unusual statistics, how teleworking has made the professional environment more complex.

1,700 users in more than 200 countries around the world: the American firm Zoom has just unveiled a large-scale study which provides an overview of the different habits, trends and behaviors identified on its platform. It shows in particular that the emergence of this new mode of communication during the first wave of confinement considerably upset the ways of working, to the point that its users have set up and “created new codes both in their professional and private lives”, comment the company.

A toddler, a pet, a roommate… it often happens that a Zoom conference sees its smooth running disrupted by the irruption of one of these protagonists: this is in any case what reveals this survey, which shows that 43% of parents have already seen their child appear on the screen during a conference. Pets are also invited to the party, with 36% of users admitting that they have already been joined by their animal in the middle of a call. ” Zoom would not be here today without its users who, this year, had to attend a work meeting with their little one on their lap, saw their cat burst into the middle of a presentation, who did “Zoom casual” an accepted dress code » explains Charlotte Nizieux, spokesperson for Zoom France.

The digitization of meetings through the Zoom tool has also pushed some users to settle for the minimum, like these statistics taken from the report, showing on the one hand that more than four out of 10 users stay in bed during their call and on the other hand that 47% of them have already attended a meeting in their pajamas. ” Of course we advise our users to get dressed, shower to start the day well, but there is still a right to disconnect, it is in no way a subject of laziness. “. always comments the spokesperson for the American giant. We also learn that 26% of respondents admit that they do not take a shower before taking part in a call, and that 68% dress casually for videoconferences… Enough to drastically break the codes.

63% of calls made with the camera

Some users also seem to opt for a “frontage” strategy by revealing only part of their office or apartment. 43% of respondents said they only cleaned the part of the room visible to the camera. This is why Zoom created the “virtual background” tool, used by 71% of users and which, as Charlotte Nizieux explains, allows you to mark “ a real separation between home and work “. The latter also assures that colleagues remain colleagues and ” everyone has the right to keep their place of residence private ».

Read alsoZoom caught up in its alleged ties to China

Finally, this new work tool has also managed to invite itself into aperitifs and calls with friends, as evidenced by the study, with 73% of users having taken part at least once in an “aperitif” or a video evening at the course of the year 2021. Because despite certain sometimes unusual figures, in particular on the wearing of pajamas or the absence of a shower before a call, the company nevertheless boasts of abundant use of the camera: “ 63% of Zoom users prefer to make their calls with their camera on to share a moment with their colleagues or loved ones, which shows that video calls have a bright future ahead of them. […] even if Zoom does not advocate 100% telework “. It remains to be seen whether, when the pandemic is over, these video calls will still be as successful.

“When an educator puts a substitute child, he becomes an enemy”

IT engineers write code to work automatically, go to work every day and get an annual salary of 2.48 million by playing electric cars, which has been praised | 4Gamers