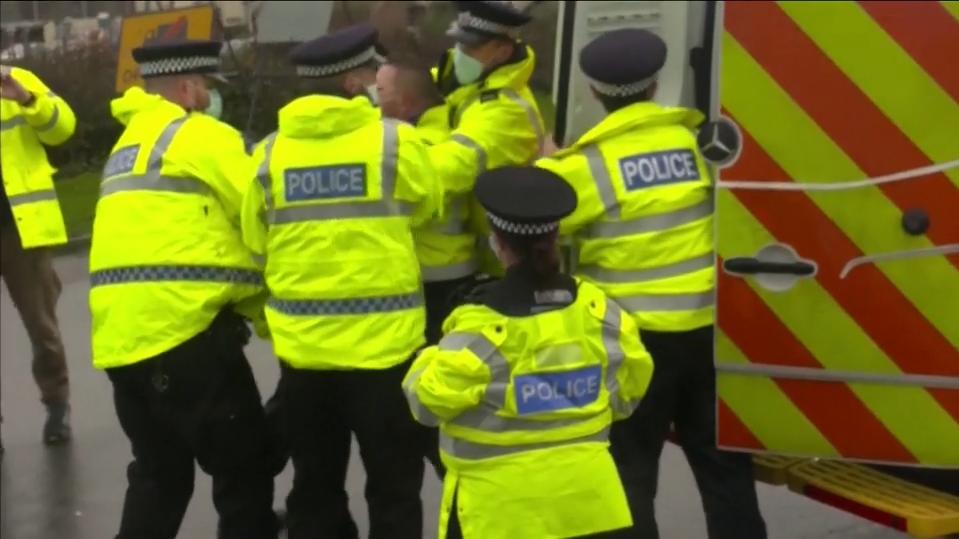 Dover: Truck drivers should be allowed into the EU after a negative corona test

Mega traffic jams, no way for truck drivers from all over Europe – and that just before Christmas. The level of frustration among the truck drivers stranded in Dover, UK, is becoming increasingly clear: on Tuesday evening, arguments were followed by hand-to-hand combat on Wednesday morning after the truck drivers whistled the police. You can see the footage from Dover in the video.

The UK and France had previously announced that trucks would again be allowed to cross the English Channel into the EU from Wednesday. However, drivers have to show a negative Corona test – so some will have to wait a very long time until things really continue.

According to estimates by the British Haulage Association, up to 10,000 trucks are waiting in Dover and the surrounding area to leave for France. The country also closed the border to Great Britain for goods traffic on Monday night – for fear of the spread of the new coronavirus variant.

German truck drivers are among those waiting. “Of course we feel a little let down. We’re all here and don’t come home. It’s Christmas … we all have families at home,” explains trucker Niklas Kramer. RTL reporter Ulrich Oppold reports from Dover: “Some of them have been here for more than 50 hours”. Whether they will make it home before Christmas – increasingly unlikely.

See Also:  The State Audit Office addresses the police regarding the purchase of protective masks in the Covid-19 crisis / Article / LSM.lv