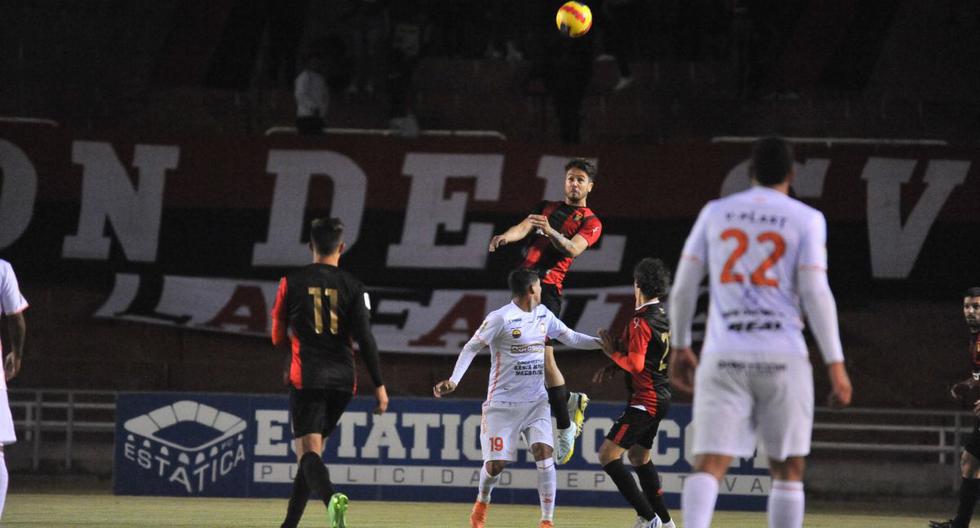 Three gold points! This Saturday, Melgar added an important victory (3-0) against Ayacucho FCin the match valid for date 15 of the 2022 Closing Tournament of the Liga 1. Those led by Pablo Lavallén played a great match where they were superior to their rival. On this occasion, Bernardo Cuesta, Cristian Bordacahar and Kenji Cabrera scored for the victory of the ‘Domino’, which is in second place in the Clausura 2022 Tournament table.

The actions began with a very aggressive local cast. The ‘Domino’ tried to open the game from the wings with Reyna and Ramos, while the visit stopped the attack of those led by Lavallén with a line of five in the background. In addition, Morales and Páucar were figures, achieving a good performance in the midfield of the Monumental Stadium of the UNSA.

Despite Melgar’s attempts, Ayacucho FC endured what they could. Although the ‘León del Sur’ had a clear command of the match, they were unable to find Cuesta or Iberico, who had a complicated duel with the ‘Foxes’ defense. With the goalless draw, both teams headed to the locker room.

In the complement, the story was totally different. The locals had an overwhelming start and took advantage of the mistakes of the rival team. Thus, Bernardo Cuesta made it 1-0 at 54 minutes. After the Argentine striker scored, Édgar Ospina’s men advanced a few meters in attack, an approach that allowed the Arequipeños to find more space and make it 2-0 at 58′ through Bordacahar.

By the end, Melgar wasted a penalty, which was executed by Horacio Orzán. Of course, Kenji Cabrera would be in charge of sealing the score with 3-0 at 80′. With this result, those led by Pablo Lavallén are in second place in the table with 29 points, just two points behind the leader Sporting Cristal. While Ayacucho FC is in the seventeenth position with 10 units.

Melgar vs. Ayacucho FC: summary of the match for the Clausura Tournament 2022. (Video: GOLPERU)

Melgar vs. Ayacucho FC: alignments and incidents of the match

Those led by Pablo Lavallén come to this match after having drawn 1-1 against ADT on a visit condition. The Arequipeños took advantage of the errors of the premises to maintain parity. With this result, they are in fifth place in the tournament with 26 points, obtained in 14 games played.

Melgar vs. Ayacucho FC is scheduled for this Saturday October 08 from 7:00 pm (Peruvian time). GOLPERU will be the channel in charge of the transmission, the same one that can be seen through channel 14 of Movistar TV or 714 in HD. Movistar Play also makes this commitment available to you, if you prefer to follow it from your mobile.

In addition to that, Depor.com It offers you extensive coverage of the match, as is customary, in which it will put at your disposal all the details of the previous match, the minute by minute and the post match, with the statements of the protagonists of the match.

For its part, Ayacucho FC has just lost 1-0 to Sporting Cristal at home. The Ayacuchanos cannot continue losing since their chances of leaving the revalidation zone in the descent will be null. With this defeat, they are in sixteenth place in the contest with 10 points, obtained in 14 duels played.

It should be noted that the last time both teams met, the match ended with a 1-0 victory for FBC Melgar as a visitor at Ciudad de Cumaná. The match was played on May 22 and was valid for Matchday 15 of the Opening Tournament.

Could a powerful solar storm wipe out the internet?

Ask an osteoporosis expert your questions