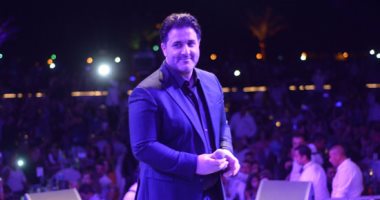 Yahya the singer Melhem Zeina concert in Syria, today, Sunday, and during the concert, he presents a distinguished bouquet of his most famous songs, within the concerts of singing stars in various countries..

The Lebanese singer Melhem Zain recently released a new song entitled “My Mother and Your Laughter”, on YouTube, which was filmed as a video clip, and the song was written by Muhannad Al-Azzawi, composed by Ali Jassem, music distribution by Ahmed Al-Muhandis, and directed by Adel Sarhan.

On the other hand, Melhem recently released the song “Lama El Haki”, written by Nizar Francis, composed by Michel Fadel, directed by Sam Kayal, and a number of Lebanese artists participated in filming the clip, namely Abdo Shaheen, Khatam Al-Lahham, Issam Al-Ashkar, and Joy Salama, and the clip aims To raise awareness of the consequences of the spread of the Corona virus, in addition to raising awareness of adherence to precautionary measures and measures to limit the spread of infection.

Treat your cat’s litter this way