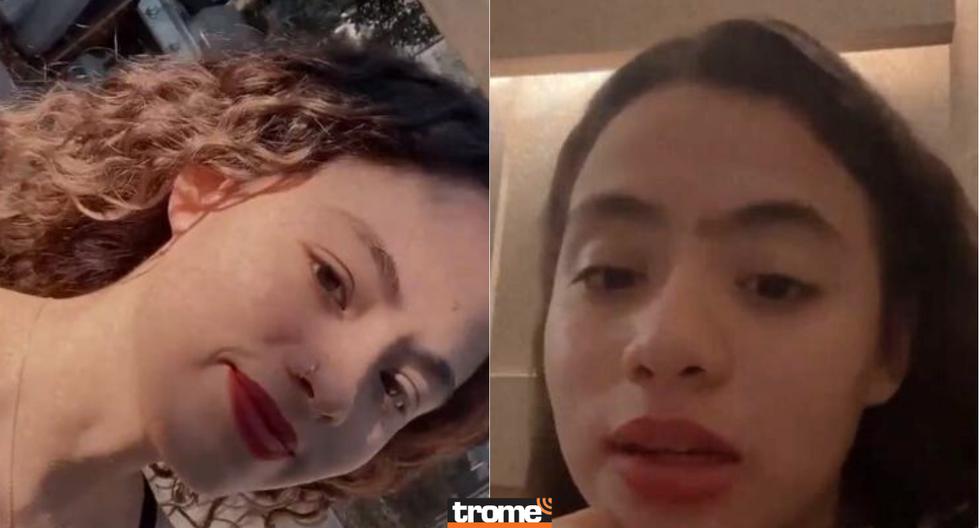 Melissa Lobatón Klug, daughter of Melissa Klug Y Abel Lobaton, revealed that she was scammed with 4 thousand soles when she bought a cell phone online. The young woman shared her experience, through her Instagram account, so that we are alerted.

Also read: Melissa Klug | His youngest daughter reflects on the businesswoman: “She did not go to university, but for me she is the most exemplary woman”

The influence She maintained that a relative could have bought the mobile device in the United States, but because she wanted it quickly, she bought it online.

“They were going to buy it from me in the United States, but I already wanted to have it. I don’t know what happened to me that day, that day I was like very desperate, very crazy, I don’t know, I felt super weird and said ‘I want my phone number’ “, He said Melissa Lobatón.

Also read: Melissa Lobatón tells how her sister Samahara is doing after a complaint of aggression against Youna

The daughter of Melissa Klug He commented that he paid in advance to buy the cell phone and confessed that he made a serious mistake when depositing all the money.

“He told me that I had to make the deposit supposedly 50% in advance and 50% when they deliver it to you. (…) I have to admit that I made a big mistake. The thing is that I deposited all the money, the delivery supposedly was already close, but in the end the delivery did not arrive “, added.

Melissa Lobaton She indicated that she had not commented on it to any of her relatives, neither to her mother, nor to her brothers because she did so out of “crazy”.

“I did all this alone, without consulting my mother or my sisters, I did it out of a hurry, out of crazy. I deposited all the money, obviously, they scammed me, I lost the 4,000 soles. I was practically bad for about a week, because I was sad about what had happened because it was obviously my fault. For wanting to rush things, I made this mistake ”, concluded.