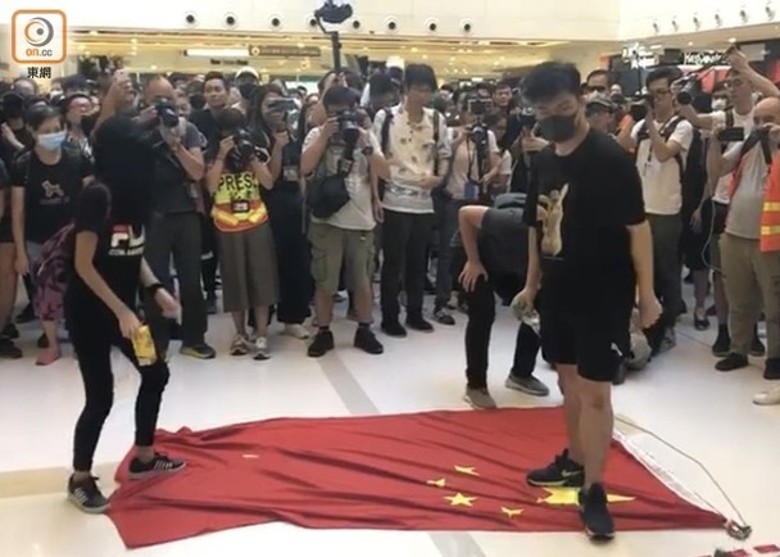 In September 2019, there was a riot in Sha Tin, and three men and women were accused of taking part in the riot. The three were convicted of rioting after being tried in the District Court earlier. Judge Xie Shen Zhizhi today (31st) sentenced each to 40 to 44 months in prison. When the defense pleaded for mercy, it said that the case affected the families of the three defendants, and the defendants all regretted it. However, when sentencing, the judge stated that the three people should have considered the consequences before committing the crime, and that they should not commit the crime if they were worried that their future would be affected, and that they were convicted by themselves. Not really.

The three defendants are Chen Leyi, a 24-year-old female sales market director, Zhou Jinwei, a 23-year-old male engineer, and Huang Yilin, a 43-year-old male real estate agent. They were both charged with participating in a riot outside the Sha Tin Lucky Centre on September 22, 2019. Zhou was also convicted of obstructing a senior inspector from arresting Chen. The judge mentioned today that about 100 people gathered at the time of the incident. Some people brought equipment to build roadblocks, and some people brought flammable liquids. When someone shouted “Magician”, someone set fire to it. The incident was premeditated and planned. In addition, the location of the incident was close to residential houses and shopping malls. The participants in the riot performed their respective duties and paralyzed traffic within 5 minutes. The incident affected public order.

The judge pointed out that the first two defendants in this case were carrying a lot of equipment at the time of the crime, while Huang personally moved the stop sign of the minibus station to build the roadblock, but there is no evidence to show that the three people played the role of leading, inciting or advocating others to participate. The most serious of its kind, the sentencing standard was set at three and a half years in prison; while Zhou obstructed police law enforcement in the case and acted out of discipline, so he was sentenced to six months in prison, three of which were to be executed in installments for the crime of rioting. Although the defense has submitted multiple letters of pleading, saying that the three people care about the society, they just expressed it in the wrong way. However, the judge quoted a case, saying that a group of sincere and stubborn people imposed their ideas on others, just like robbery, and committing crimes driven by ideas is not a reason for pleading, but considering that the three people are enthusiastic about public welfare, it is deducted as appropriate. In the end, Chen was sentenced to 41 months in prison, Zhou was sentenced to 44 months in prison, and Huang was sentenced to 40 months in prison.