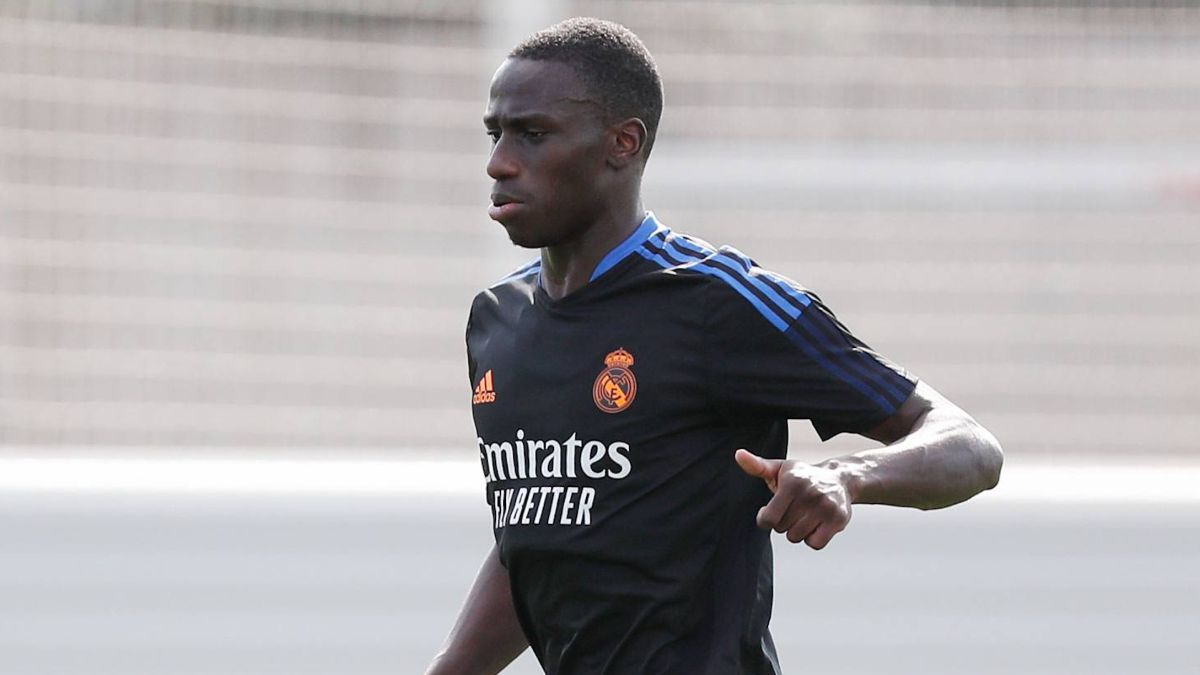 Something happens with Ferland Mendy. The Frenchman is still unable to overcome his muscular discomfort and was not in the debut of Champions against him Inter on Milan. In fact, during the first training session of the week stayed inside the facilities of the Sports City, unexpected news considering that he had been exercising with the rest of his teammates for several days. He was even in training at the Bernabéu prior to the duel with him. Celta Vigo. You still have discomfort and the medical body prefers not to risk analyzing its recent history.

The ex Lyon He is one of the few players in the squad who has not made his debut this season. However, your case is rare, as have just completed sessions with the group in the more than two months that we have been between preseason and competition. Since joining in July, he has spent more time in the gym than on the grass, and when he has stepped on the green it has been most of the time to run and touch the ball alone.

The ‘Mendy case’ was analyzed a few days ago in El Sanhedrín de El Larguero, in Cadena SER. Antonio Romero spoke of the mystery surrounding the injury of the French side: “Both Herráez and Meana have been saying for a long time that they did not finish telling us at the end of last season what happened to Mendy, and today, talking to people who are close to the player and the Real Madrid dressing room, they are a little surprised with the case. The other day he was in the convocation and now he has fallen … For more tests that are done, the injury is healed. It is a medically healed injury, but there are days that it hurts. It is an injury that I do not know if it is worrying because the whole season is ahead, but it worries a little not knowing why the player is medically cured and it hurts, “explained Romero.

“It is something that is talked about in the locker room because he is a footballer who is going to be important (…) Mendy has to play minutes because if not, surely he is going to force Alaba to play a lot of left back, “he said.

Mendy didn’t just come out of the tunnel and this calls into question the starting job he deservedly earned last year. He was one of the best players of the course due to consistency and impact on the white game thanks to his physical capacity and a clear improvement in the offensive phase. Juice 38 games, who were no more because he finished the course injured. He was key for much of the season, especially in Champions, where he lived his best moment as a madridista with a great goal against him Atalanta on Bergamo.

While still recovering, Ancelotti I bet you Alaba and Miguel Gutierrez as left wingers. The Austrian started as a starter and now it is the youth squad who seems to have settled into the position. However, the Italian not only thinks of Mendy as a winger, and that is in the coaching staff they are convinced that he could perform as a left-handed central defender to perfection. He already played there with Zidane, although with the tactical detail that it was with a five-defense scheme.

The confidence of Carletto in Mendy it is still intact and awaits you with open arms. Their physical capacity can make the difference in defensive transitions, to correct those mistakes that the team has made during the first league games. However, his recovery is slower than expected. His debut this course, for now, must wait …