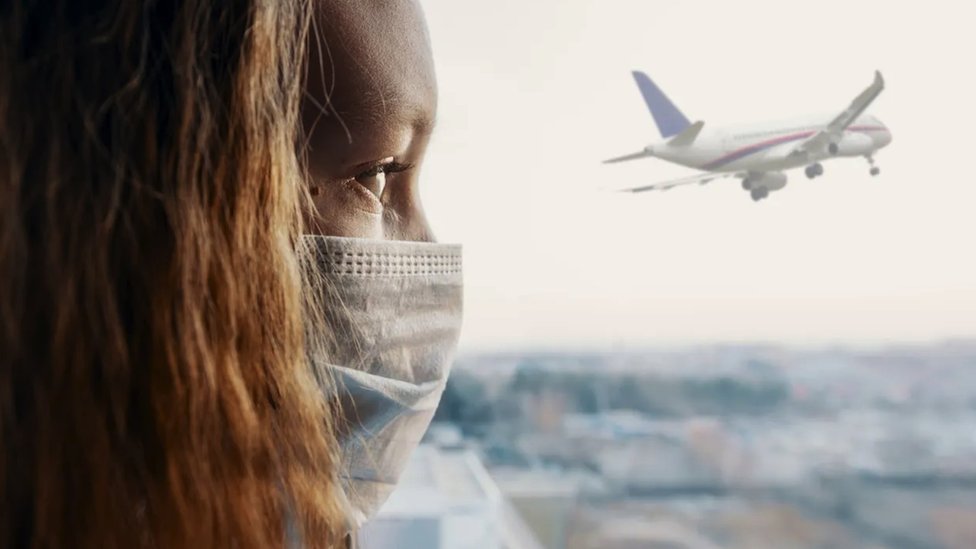 Imagine you have applied for your dream job, passed the first round of interviews and been selected for the second round. Will you celebrate your progress so far, or will you start preparing for a new challenge? Will you immediately begin to fantasize about your failure in the second round, and fear the effect on your self-confidence? Would you say to yourself, “If I fail at that, I am a failure”?

Or you may be waiting for a response to a message you sent to one of your friends. And when you don’t get an immediate response, you start imagining all the ways you might have offended him without taking into account the possibility that he was simply busy with something else.

Or perhaps you were concerned with geopolitical events. You spend many hours each night ruminating about nuclear threats, the prospect of another deadly virus or an economic recession. The problems that these things can cause for you and those close to you control your imagination.

If any of these situations sound familiar, you probably have a predisposition to dramatization: a mental habit that causes you to overestimate your chances of being hurt, and overstate the possible negative consequences of that scenario.

“It’s a distorted way of thinking, which intensifies emotions to levels that are difficult to control, and sometimes they become possessive and obsessive,” says Dr. Patrick Keelan, a licensed therapist specializing in psychiatry in the Canadian province of Alberta.

There is a lot of research that indicates that catastrophe can pose a serious threat to mental health, and can also amplify the malaise and unhappiness associated with conditions such as chronic pain. Intimidation may occur at any stage of our lives, but fears that have not yet dissipated from the Covid-19 epidemic, as well as the uncertainty of political and economic conditions may certainly exacerbate that tendency.

So knowing how to break the cycles of that toxic thinking can increase a person’s resilience – and there is probably no better time than now to learn those ways.

“My husband was refusing to go to a psychiatrist, saying that only crazy people needed him.”

Work stress has no less impact on health than passive smoking

Psychologists’ understanding of dramatization as a potentially dangerous factor in mental health stems from the creation of cognitive behavioral therapy.

Throughout the first half of the twentieth century, psychoanalysis, pioneered by Sigmund Freud and others, remained the primary method of dealing with mental illness. The goal was to expose the fears and pent-up desires that caused psychological conflict, which usually result from events experienced by a person in his early childhood, and are of a sexual nature.

Is a person born predisposed to good or evil?

By the middle of the century, however, psychotherapists such as Albert Ellis and Aaron Beck began looking at alternative ways to help people work through their problems. Instead of trying to dig for hidden psychological conflict, they began to focus on people’s conscious thought processes, by targeting bad thinking patterns, or “cognitive distortions” that may be the cause of psychological problems.

From the outset, they concluded that intimidation may be an important cognitive distortion, Beck wrote about its potential role in phobias. For example, a person with a phobia of flying might interpret a slight rattling sound in the cabin as an indication of a technical malfunction. If he were less intimidating, he would probably notice that the cabin crew seemed unfazed, but the dreaded person would assume that the crew were simply not paying attention, and as the frightening sound continued, he would begin to imagine all the gruesome ways he might die.

How do you overcome the fear of flying?

Ongoing research shows that dramatization or exaggerated negative thinking seriously contributes to anxiety disorders. For example, someone who is perfect in everything and tends to expect the worst may feel very anxious about making the smallest mistakes at work. Kellan explains, “Maybe he’s thinking [ذلك الشخص] Exaggerated negative thinking such as: ‘I’m going to quit my job’ and ‘If I get fired, I can’t handle it’. At some point, a person’s fears may reach the point of not being able to do their job. His health condition, the intimidation may lead him to self-diagnose any slight change in his body as a sign of cancer.

In some cases, people begin to dramatize the physical sensations associated with anxiety. If they are nervous about a task, for example, they think that a fast heartbeat is a sign that they are going to have a heart attack. The result is a cycle of negative thinking that can lead to a panic attack. “Misinterpreting body cues in a negative way is exaggerated,” says Barnabas Ost, a psychotherapist from Freiburg, Germany and one of the co-authors of a meta-analytic paper on the role of delusional thinking in panic disorders. [تغذي] tension and fear, which in turn increases the likelihood of the situation being interpreted in an exaggerated manner.”

A disorder that can cause women to display dangerously aggressive behavior

Over the past few years, research has shown that delusional thinking can make us more susceptible to many mental illnesses, including post-traumatic stress disorder, obsessive-compulsive disorder, and even some types of severe mental disorders.

Dramatic thinking can even exacerbate physical pain. In this case, the person may imagine that the physical pain he is experiencing will never stop, or he may think about the cause of it. You might assume that severe head pain means you have brain cancer, for example. Experiments indicate that this type of thinking amplifies the process of producing pain signals in the brain, so that it is more intense and takes longer to be felt. Brain scientists Beth Darnall of Stanford University and Luana Koluca of the University of Maryland write in a recent paper that negative thinking is like “picking up a gas can and pouring it on fire.”

How do social networking sites “harm” the mental health of adolescents?

Several factors can explain why some people suffer from delusional thinking more than others.

Some personality traits such as neurotic (or “neurotic”) disorders – which are partly hereditary – may explain some of these differences. Sometimes, we learn our way of thinking from family members. If you notice that your parents always expect the worst possible outcome of events, you may automatically view difficult situations in the same way. The circumstances we are going through also play a role. Exaggerated feeling of tension and insecurity means that the slightest reason plunges you into a whirlpool of negative thinking.

If you’ve found that your thoughts have become increasingly pessimistic and negative over the past year or two, it may not be a coincidence: there is evidence that world news reporting may have had a hand.

Sometimes, you might start to dramatize the potential consequences of the events themselves — like the war in Ukraine or the emergence of a new COVID-19 mutator, or the collapse of the economy. And sometimes, the link may be less obvious, as negative news increases the general level of tension which in turn can cause you to feel anxious about your personal problems, even when they seem completely detached from the geopolitical content.

Can reading help you rebalance yourself?

The University of West Sussex in the United Kingdom conducted an experiment in which it asked 30 people to rate a variety of television news reports according to emotional characteristics, whether the news was negative or positive, cheerful or disturbing, calming or exciting, and then presented them with a range of graphic news.

Before and after seeing the news, participants were asked to answer questions about the biggest concerns in their lives, and were then interviewed at the end to discuss one of their concerns. As expected, participants who watched negative reports were more stressed after viewing them—and were even more prone to delusional thinking when discussing their personal problems, compared to those who watched neutral or positive reports.

The study is relatively small. But more experience confirms that news consumption has a long-lasting effect on our mood and, therefore, may put us on a path clouded by dark thoughts.

What is the secret behind our unbridled desire to read negative news?

How do you get rid of your “hateful” thoughts?

Whatever the source of the delusional thinking, cognitive behavioral therapists like Keelan say it’s possible to break cycles of negative thoughts.

Awareness is very important, so the first step is to stop thinking and realize that your mind is descending toward a black hole. You might notice that you feel nervous before a job interview, for example. If the next thought that comes to your mind is “I’m going to fail,” ask yourself on what basis you made that assumption. What are the reasons that lead you to believe that you will fail automatically? What other explanations can you give to the situation based on the data available to you?

If you try to adopt the viewpoint of an objective observer, you may realize that failure is only one possibility but not a sure thing—and that there are practical steps you can take to improve your chances of performing at your best.

You should be especially aware of the overgeneralizations and exaggerations that do more harm than good – thoughts like “I’m a loser and I’ll never get a job.” In this scenario, it may be helpful to be aware of the fact that everyone from time to time has bad job interview experiences – and that doesn’t mean that they are all hopeless losers. And if you happen to fail, you can learn from this experience and improve your performance in the next interview.

Another example: Imagine that you are very worried that you may have contracted COVID-19, and that anxiety is dominating your thoughts. While it makes sense to think about the severity of the infection, you may quickly jump to the conclusion that you have it every time you feel a slight tickle in your throat, and then panic that you may not be able to cope if you get sick.

In such cases, you can try to convince yourself to postpone sentencing until you show symptoms of infection – that small tickle in your throat could be a false alarm. You could also remind yourself that your vaccine will greatly reduce your risk of severe symptoms, and think about ways to make it easier for you to recover if you get sick – to call a friend and ask them to buy your stuff if you can’t, for example.

The goal, in each case, is to form a more balanced view of the situations based on the available data. “Constant use of these methods usually reduces a person’s anxiety and stress to manageable levels, compared to normal levels,” says Keelan. [المرتفعة] resulting from delusional thinking.

Breaking down your thoughts in this way may be difficult at first, but it usually gets easier with practice. Write down how many times you’ve predicted the worst possible outcome, and then the actual outcome is much better than you thought. This way, you will see how often the dramatization of the results causes you needless fears. Remembering this fact can give you more reassurance the next time you feel tempted to fall into the abyss of dark thoughts.

None of this requires naive optimism, but a simple awareness of all the possible outcomes. Disasters don’t necessarily stalk you at every turn.

David Robson is a science writer and author of The Expectation Effect: How Your Mindset Can Transform Your Life.