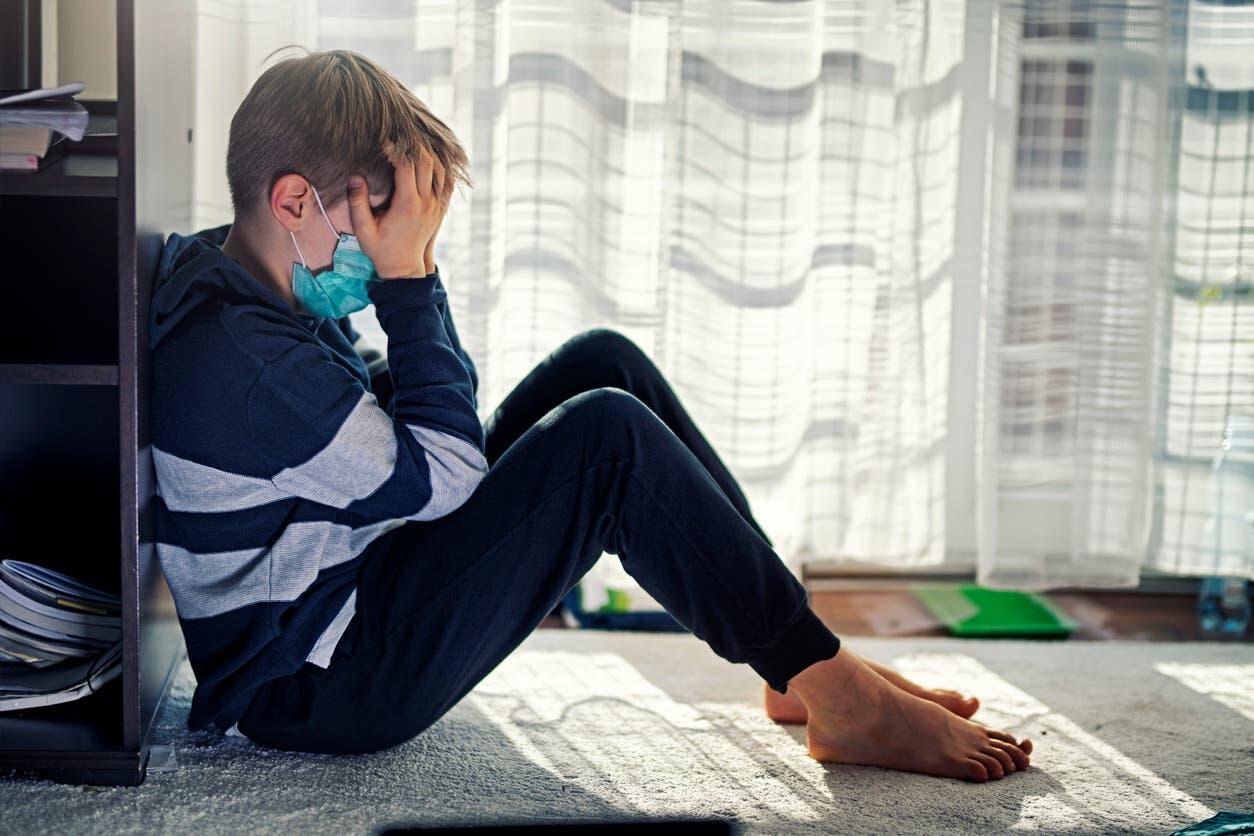 “Lost, worried, anxious, and an unknown fate.” That spiral of negativity is now reflected in our daily lives, until it reached us that we have no energy to bear as a result of the stifling living crisis, but the worst of that is that there is a segment of people that no longer has the ability to bear due to the psychological crises that besiege them, including Whoever resorted to nerve drugs or sedatives, and some of them could not resist internally, was suicide in several ways, except for the indescribable psychological pressure from Corona even in the same family. And here, an experienced rescuer must be found, whether in psychology or sociology, to raise awareness so that We do not fall into a world of frustration, but how and what are the means to be followed?

Neurological drugs, the solution is fast, but it is not right

In this context, an awareness initiative must be launched to urge people to overcome their psychological crises, especially since the month of May is dedicated to raising awareness about psychological problems, as the psychiatrist Dr. Wael Salama adopted episodes of awareness about several psychological diseases that an important segment of the Lebanese people suffer from, what he told greenarea. me: “We all know that the month of May is to raise awareness of mental illnesses, coinciding with the international month for awareness on this subject, and based on that, I decided to conduct an awareness campaign about the most common psychological problems in Lebanon, such as social panic, obsessive-compulsive disorder, panic attacks, severe depression, schizophrenia, and bipolar disorder. Al-Qutb. On the other hand, if we want to talk about statistics in Lebanon about mental illnesses, then it becomes clear that the most mental illness that the Lebanese suffers from is anxiety. The decision was to stimulate awareness by producing short videos about the most important seven mental illnesses, where each video is related to a specific psychological condition. We can During that, helping people to reach sound mental health in light of the economic crisis we are going through and the difficulty of reaching psychiatrists after a large number of them emigrated, without forgetting that people are not led Ren decided to pay the cost of psychological treatment, then we decided to shed light on the most common mental disorders in society so that people know them and in what cases they may need a psychiatrist, a psychiatrist, or sedative medications.”

And Dr. Salama added: “It is worth noting that in some psychological cases, they are treated by changing the lifestyle, because in every video that was published about each psychological condition, I spoke in the end that the beginner cases can be treated by changing the behavior and not necessarily resorting to neurological drugs because unfortunately the more they feel A person with depression is given medicine for the nerves, and this is dangerous because in this way we have accustomed people to medicines, while part of the awareness campaign is to warn people to stay away from them as much as possible if this solution is quick but not sound because it results in addiction to medicines and with time there will be Difficulty getting out of the psychological crisis. With the importance of telling people not to be ashamed of mental illness, as it is like any disease that must be announced for the purpose of treatment.”

On the other hand, the psychiatrist, Dr. Khalil Habashi, expressed to greenarea.me the importance of stimulating positive thinking, which helps the brain to get rid of anxiety, which has increased not only from the difficult crisis we are experiencing, but from the repercussions of the home stone caused by Corona, which he said: “Awareness campaigns Psychological diseases are very important and they are really beneficial, especially given the anxiety and depression that people suffer today, which has increased due to corona as a result of the home stone and what has left a stressful psychological impact because the routine in thinking increases us in the trend towards anxiety, which the best treatment lies when a person goes to a place Something new or something new that turns the brain off anxious thoughts because the result of corona and home quarantine increased people’s symptoms of anxiety, such as shortness of breath and an increase in heart rate or sweating, as well as obsession with conducting a corona examination, which is necessary to treat in the most appropriate way to avoid any mental health repercussions. ” To the opinion of the psychologist, Dr. Desiree Azzi, via greenarea.me, who explained that the awareness campaign on mental illnesses is very important, as she said, “There is no doubt that awareness campaigns on mental illnesses help the Lebanese to deal with any psychological problem they encounter, meaning they know who to turn to.” Whether the psychiatrist or the psychotherapist, especially in light of the state of anxiety he is experiencing due to the difficult economic and living conditions and the resulting psychological pressures and the importance of overcoming them has become necessary to know how to act towards any problem that confronts us.

On the other hand, towards all the negativity around us, it is necessary to raise awareness to know how to overcome it through sound thinking, as the specialist in raising awareness, Dr. Mona Sinan, spoke to greenarea.me about the importance of distancing from the societal reality in which there is a lot of negativity, which she said: “The rule lies in The higher a person’s consciousness is, the more easily he overcomes his ordeal, because the stages of consciousness on the Hawkins scale are from 30 to a thousand. Whenever below 200 he is in the stage of sadness, anger, fear, frustration and ego, but when it rises to 200, he is in the stage of courage, joy, hope and joy And the feet, so when it is in an advanced stage of consciousness, then it is not affected by the surroundings around it. It is true that success in life is to have wealth, succeed and become famous, but the greatest success is in life, as a person is able to control his feelings not to be deceived by a person from a society and from a collective awareness, and not to imagine illusion is a reality. Therefore, when we decide Everything changes in life, and there is no fixed rule, then we lock ourselves on the collective consciousness, which in most of it is poverty, depression and many problems. Therefore, if we drift with this collective consciousness, then we will be affected by it and become part of us, and this is what happens to most people under the control Collective consciousness, most of which is negative consciousness.

However, the solution, according to Dr. Sinan: “We have to focus on ourselves and separate our situation in defining our goals and what we want from life in determining the strengths and focusing on them and abandoning the weaknesses because the more a person focuses on himself and separates from the collective consciousness, then he advances In life, it is separated from depression by exercising, which is not necessarily weightlifting, but rather by practicing walking, according to scientific experiments, as it helps to get rid of depression and anxiety by 50%. Even training in dancing is a very important sport. If every day a quarter of an hour dance, it comes out of He has psychological pressure, except to reduce hearing news, which is the first cause of depression, and the same thing is social networking sites. It is important to focus on ourselves and not to let illusion control us because it is the only one that destroys us, especially when we imagine that the illusion is real, for example, when we see a sick person, we imagine that we We will get sick or not collapse whenever we hear bad news. Rather, we have to know that good deeds defeat bad ones, so we have to change the collective consciousness and focus on positive things, because what we expect will happen, so we have to change the way we think, even if everyone is around us. Negative, but focusing on ourselves and breathing for several minutes saves us from most of the negatives, provided that we do not give in to illusion, but rather we have to be strong.”