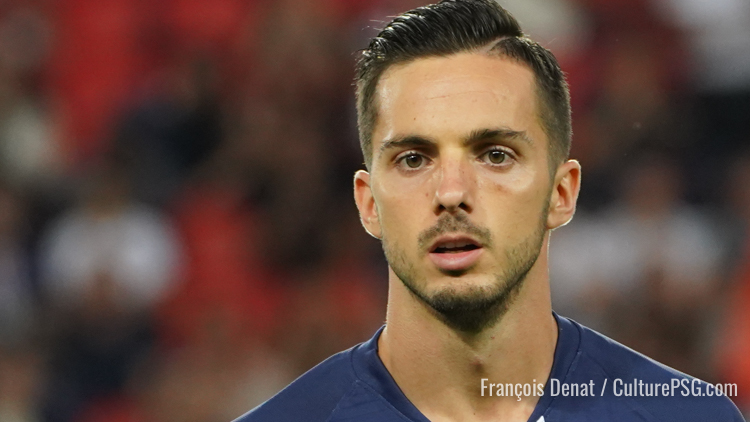 While struggling to win at PSG, Pablo Sarabia could leave the club in the capital this summer, according to Spanish media. Former PSG coach and current Villarreal technician Unaï Emery would like to repatriate the player to La Liga.

Surprise guest of the Spanish selection for the Euro, Pablo Sarabia is not preparing for European competition in the best conditions. After the positive Covid-19 test of Catalan captain Sergio Busquets, all the players found themselves in isolation, a few days before their first match. In the health bubble, Pablo Sarabia may have found the time to think about his future, while a departure from PSG during the summer transfer window is increasingly considered and his profile arouses envy.

Under contract until 2024 with the club of the capital, the Spanish winger saw his playing time reduced until he found himself considerably behind in the hierarchy of Parisian attackers. A situation that could push him to leave. Especially since according to Spanish radio Cadena SER, Villarreal would be interested in the arrival of the left-hander. The player’s agent would even have met this week with the leaders of the yellow submarine to discuss the matter.

Spanish media claim Pablo Sarabia is a direct target of Unai Emery. The former PSG coach, recent Europa League winner with Villarreal, is said to be interested in the Spain winger with a view to participating in the Champions League next season. At 29, Sarabia left Spain in 2019 to join Paris. He had previously played entirely in La Liga, under the colors of Real Madrid, Getafe and then Sevilla FC where he arrived when Emery left.

In May, the Spanish media already mentioned the interest of several Iberian clubs for the Spanish international. Mundo Deportivo announced that Sevilla, Atlético Madrid and Villarreal wanted to repatriate the player, favorable to the idea of ​​a return to La Liga to regain playing time. The Colchoneros then seemed the most advanced on the file, according to local media . It remains to know the position of the Parisian leaders.