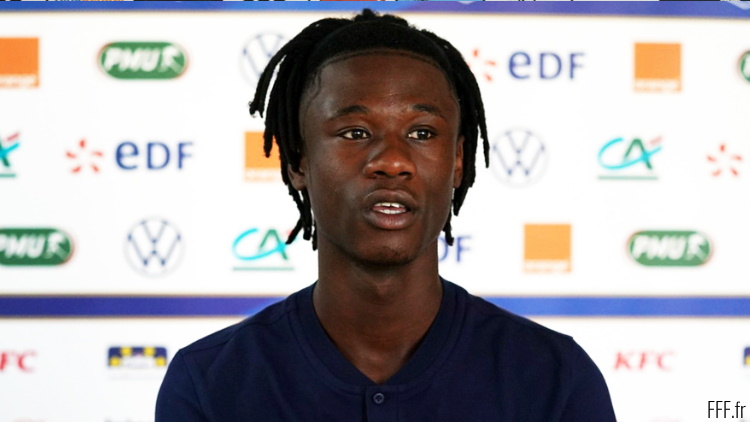 Tracked by PSG to strengthen his midfielder, Eduardo Camavinga should be sold this summer by Stade Rennais if he refuses to extend before June 28, the date of the resumption.

Will leave, will not leave? The future of Eduardo Camavinga has been at the heart of many requests for several months. Targeted by PSG to strengthen his midfielder, the French international (3 caps) has only one year of contract with Stade Rennais and has refused an extension offer from his training club. Enough to stir up the greed of the big European clubs for the 18-year-old nugget. If at first, Rennes was intractable on the subject – a sum of € 100 million had been mentioned – things have evolved.

The Team explains in its edition of the day that the future of the French community should be settled in the coming days. While the transfer window of the Breton club will largely depend on the outcome of the Camavinga file, the trend would rather be towards a transfer if it does not extend by June 28, date of the resumption. “We want it to be clarified before”, says President Nicolas Holveck. After an average season on the part of his player, Rennes could therefore be tempted to sell him in order to avoid losing him for free next summer.

RMC said last May that the player wanted to join PSG at the end of the season. It remains to be seen if the club of the capital is still ready to move on this file then that he should register in the coming days the arrival of Georginio Wijnaldum. Dutch midfielder reportedly arriving free after Liverpool contract ends and would naturally apply for a regular place in the Parisian workforce. A gaming sector now overloaded.