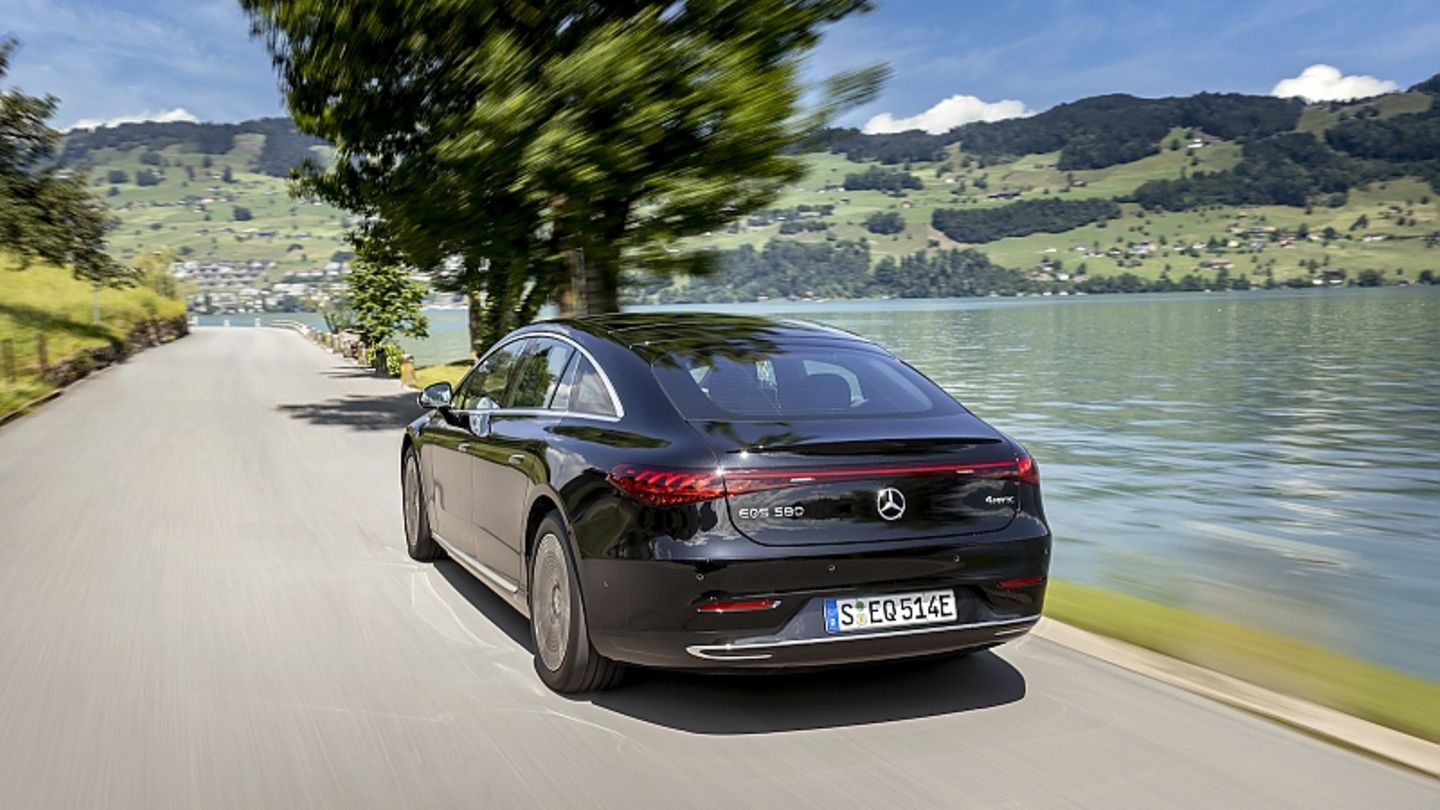 At Daimler, the Mercedes EQS is unquestionably the most important car of the year and some even make it the car of the decade for the Swabians. With the electric luxury sedan, Mercedes wants to redefine the top class, but the EQS does not come close to the real Mercedes S-Class.

Just a few days ago, Daimler CEO Ola Källenius announced that the company wanted to turn the company completely towards electric mobility in the coming years. This should succeed with models such as the Mercedes EQS, which declines the electric cascade from above. As long as a Mercedes S-Class, thanks to 3.21 meters of wheelbase, there is an abundance of space and electric ranges of well over 700 kilometers without recharging. You first have to come to terms with the design, because in the company’s own jargon it is called “One Bow” instead of “Three Box” and you have to get used to this arch shape in a luxury sedan with a height of 5.22 meters. For many years, these hatchback sedans were frowned upon in the large vehicle class, and models such as a Rover 3500, a Ford Scorpio or a Citroen CX 25 did not represent classic luxury on four wheels.

That should change with models like the Mercedes EQS, because the new shape brings impressive aerodynamics and plenty of space inside. There, the EQS is indeed opulently dimensioned, even if in terms of travel comfort it can by no means come close to a current Mercedes S-Class. It is only available with a normal wheelbase, while the flagship of the luxury segment is offered with three wheelbases. The great luxury is missing especially in the second row and so the chauffeur vehicles that are so important in Asia will be kept within limits. Because of the battery pack built into the underbody, you sit much higher than with the burner brother from Sindelfingen. There is neither a luxurious single seat system, nor can the surroundings be shaded electrically through blinds on the side windows or at the rear, as is generally possible with a luxury limousine. The hatchback sedan’s load space is gigantic with 610 to 1,770 liters.

Not quite as comfortable

The travel comfort is also different from what you know from the Mercedes S-Class. Thanks to its air suspension, it bounces softly and with limitless comfort over all imaginable uneven floors. The driver and passengers in the first and second row of the electric Mercedes EQS notice that the journey is more decoupled, but somehow a bit tighter than usual, which is always fun to drive. The quiet during the journey is more than impressive. You seem decoupled from the outside world, which is not only due to the spectacularly low level of noise, but also to the gigantic screen called Hyperscreen, which completely replaces the dashboard in the Swabian top-of-the-range electric model. Three displays for driver, front passenger and as a central unit show the surroundings in an impressive way. The sharp display is good and nice for the copilot; however, its functions are hardly displayed on the central portrait display. Currently, the passenger cannot watch films or surf the net while driving. There is therefore only real added value on the two other screens in the rear.

For the driver, the switch to the electric drive, which is not applauded by all customers, and the completely new package with the batteries between the axles will change a lot. He becomes a relaxed cruiser and can say goodbye to the really fast highway drive. Quite surprisingly, the speedometer once only went up to 220 km / h, as in the case of weakly motorized vehicles. The reason is obvious, because unlike the Mercedes S-Class, the Mercedes EQS is not cordoned off at 250, but at a mere 210 km / h. Only the AMG variant presented in autumn will be allowed to drive faster. In doing so, Mercedes deliberately sets itself apart and does not follow the strict Volvo and Renault route with a limitation at 180 km / h, but 210 km / h are also in the luxury class against the other electric models from Tesla Model S, Porsche Taycan or Audi E-Tron GT surprisingly little.

Especially in the home market, this should put off one or the other customer, because Tempo 210 is not much in the left lane of the autobahn. Especially because the drive of the Mercedes EQS, especially as the 580 4matic, leaves nothing to be desired. The two electric motors at the front and rear of the 5.22 meter long Mercedes EQS have an output of 385 kW / 522 hp and a maximum torque of 855 Nm. The instant acceleration of the Mercedes EQS is spectacular, especially with the all-wheel drive 580, regardless of the selected drive program or the level of recuperation. Because the 0 to 100 km / h in 4.3 seconds has no real relevance to speak of, but the intermediate sprints are no less than breathtaking from almost any speed – only an electric motor can do that. With DC fast charging with a maximum of 200 kW, the EQS should gain up to 260 kilometers in 15 minutes or reach 80 percent of its capacity in half an hour. At the home wallbox with 11 kilowatts it currently takes ten hours until the battery pack is completely filled again.

Maximum ranges of over 670 kilometers

The Mercedes EQS primarily wants to impress not only with its performance, but also with its efficiency. Due to the powerful battery pack in the underfloor and a standard consumption between 18.3 and 21.4 kWh / 100 km, maximum ranges of over 670 kilometers should be possible even for the all-wheel drive vehicle. And driving is really fun, because you give in to casual cruising much faster than you would have expected. The 2.6-ton colossus whispers relaxed and noiseless over country roads and autobahns – ready to jump into any gap and then mime the luxury liner again, which nothing can disturb. The standard rear-axle steering ensures more agility and enables you to be more manoeuvrable, especially in the city, and to slip into parking spaces.

You get used to the springs, which are tighter than the Mercedes S-Class, as well as to the smooth steering, which goes well with the character of the electric luxury sedan. For the spoiled S-Class customer, this only applies to a limited extent to the general feeling, because in terms of luxury, attention to detail and especially seats, the venerable S-Class is in a different league than the new EQS. Let’s see if customers can come to terms with it in the old world. Because there will be no big differences in costs. However, the prices of a Mercedes EQS 580 4matic will be at least at the level of a comparable combustion engine such as the Mercedes S 580 4matic. That would be around 130,000 euros.