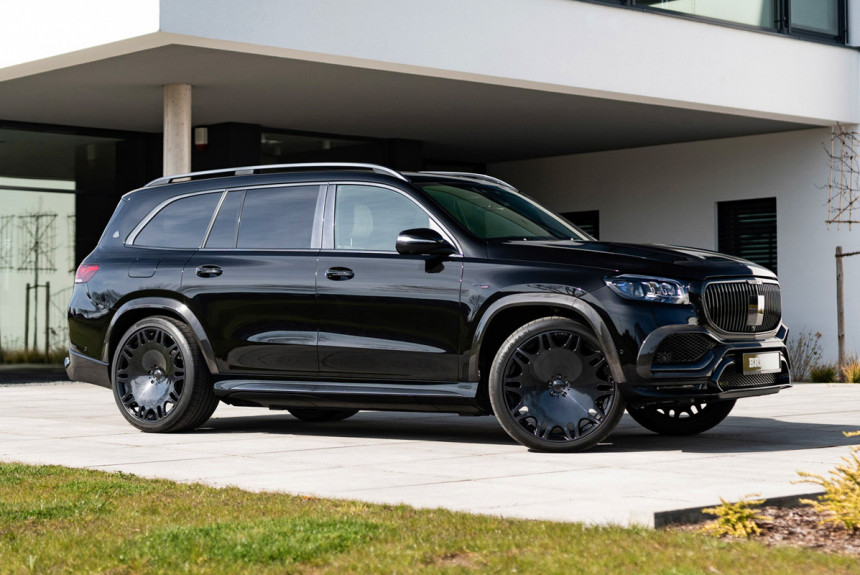 With the index “900”, Brabus designates its most extreme versions of tuning Mercedes. At first, only S-classes with a forced V12 engine were “nine hundred”, but a year and a half ago, the model Brabus Rocket 900 based on the Mercedes-AMG GT liftback, marked the transition to a V8 biturbo engine. Since then, the E-class sedan, GLE Coupe crossover and SUV have been introduced under the Brabus 900 name. G-class. And now the luxurious Mercedes-Maybach GLS 600 has become the “nine hundredth”.

Fortunately, this time the sense of proportion did not betray the Brabus employees: they did not decorate the Maybach with arrogant and colorful overlays. On the contrary, having lost abundant chrome, the large crossover began to look more solid. Of the original parts – carbon-fiber wheel arch extensions, the lower part of the front bumper and a diffuser at the stern. And there are 24-inch forged wheels (the factory Maybach GLS offers 22 or 23 inches), similar to those of the Mercedes-Maybach S-Class sedan.

Model Standard Mercedes-Maybach GLS 600 The V8 4.0 biturbo engine has been modified according to the same extensive program as the other “nine hundredth” Brabuses. He got new turbochargers with increased boost pressure, different pistons, connecting rods and crankshaft, increased capacity fuel pumps and a number of original parts. The working volume is increased from 4.0 liters to 4.4 liters (4407 cubic centimeters, although the company rounds up the volume to 4.5 liters for beauty).

As a result, the return increased from the original 557 hp. and 730 Nm up to 900 hp and 1250 Nm. However, peak torque is still limited at around 1050 Nm – apparently, so as not to overload the nine-speed “automatic”. At the same time, the comfortable settings of the power unit were preserved, and the acceleration time to 100 km / h decreased from 4.9 s to only 4.2 s. Although even the square G-class in the Brabus 900 version accelerates to “hundreds” in 3.7 seconds. The maximum speed is 320 km/h instead of the factory 250 km/h.

Brabus 900 has the most luxurious version of the salon offered for Maybach – with separate rear seats and a massive central box. The interior is completely altered, expensive leather and carbon fiber are used for decoration. In addition, the settings of the air suspension have been changed: at high speed it reduces the ground clearance by 25 mm.

A standard Mercedes-Maybach GLS 600 in Germany costs from 168 thousand euros, and for the first Brabus 900 built, the creators ask as much as 504 thousand euros. However, for subsequent copies, the price may be different: orders are already open.

Chiclayo: UTP teacher is separated due to discrimination against a hearing-impaired student | Society