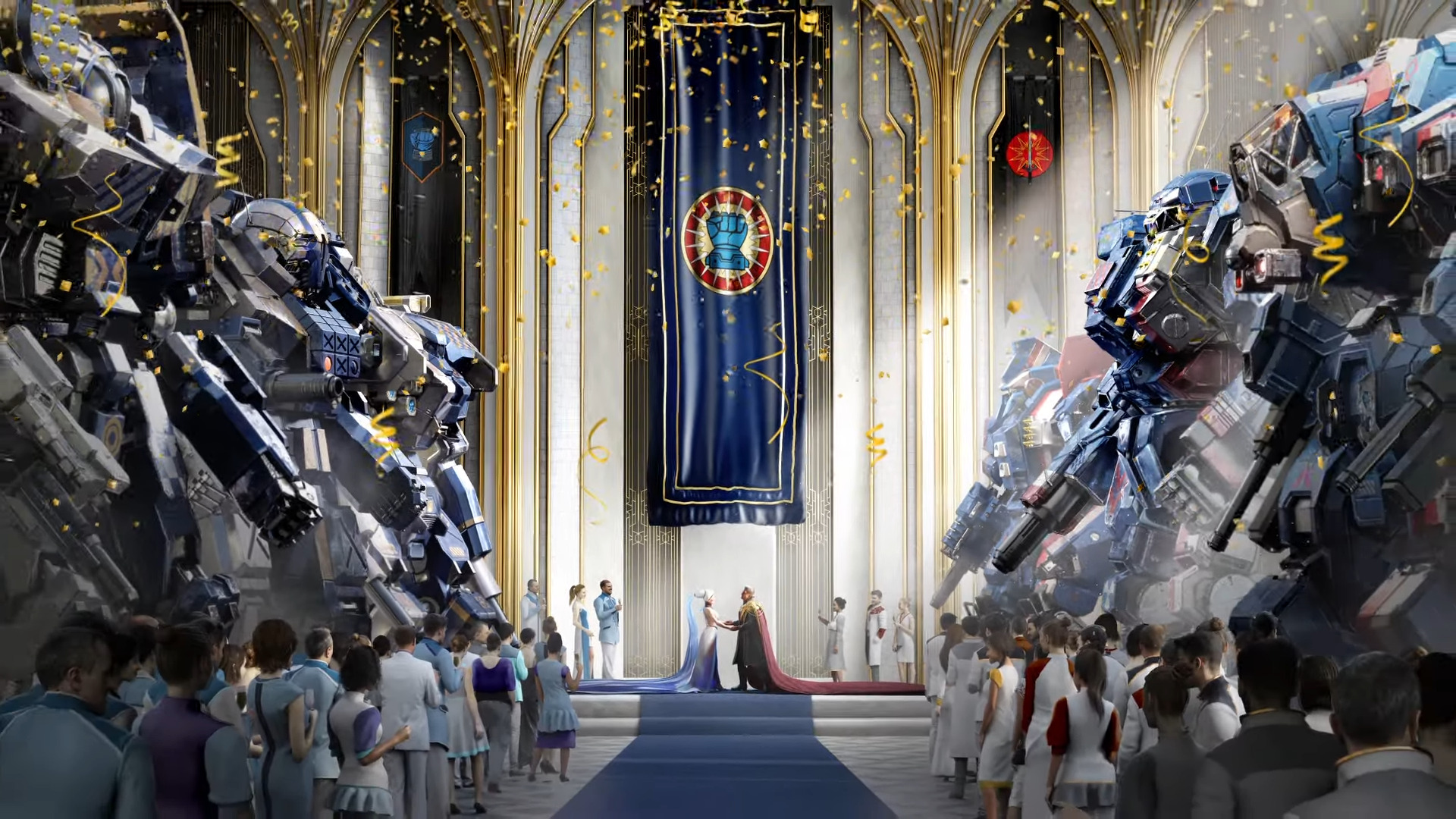 Finally arms of several tons which are used for something

Piranha Games continues to bring content to MechWarrior 5: Mercenaries via a new extension which should offer a game experience very different from the base game: Legend of the Kestrel Lancers.

Contrary to the main campaign stamped Mercenaries which invited players to run their own company of mercenary MechWarriors by completing procedural contracts, Legend of the Kestrel Lancers will be the opportunity to participate in hand-crafted missions, accompanied a more thorough narration, retracing a key period of the BattleTech universe : the 4th War of Succession.

Taking place 15 years after the plot of MechWarrior 5: Mercenaries, Legend of the Kestrel Lancers will offer a linear mini-campaign of 14 missions, accompanied by 7 storylines of a new kind : Total war, emphasizing large-scale battles. 20 new variants of BattleMechs will also be included, as well as new biomes : the jungle, the Tourmaline desert, spatial environments and megacities for lovers of urban fights.

However, the biggest novelty is embodied by a whole new melee mechanic, long claimed by fans, and implemented via a free update. And melee between ‘Mechs is a common practice in the BattleTech universe, this is the first time that such a system has been implemented in a MechWarrior game, which could change quite a bit the signature gameplay of the series.

In addition, given that MechWarrior 5 is not the opus the most subtle and tactical of the series, Piranha annonce that free update will also take direct controls of a teammate’s’ Mech on the fly, just to spread the load over the entire MechWarriors Lance.

Legend of the Kestrel Lancers is expected for September 23 on PC and Xbox consoles, in parallel with the output of MechWarrior 5: Mercenaries on PlayStation 4 and 5.