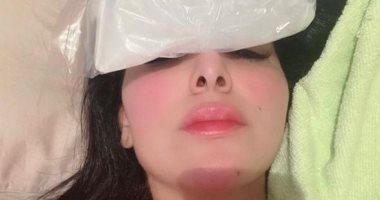 The artist, Mirhan Hussein, published a picture on her account on “Instagram” after she was infected with the Corona virus, noting that she suffers from a high temperature, from inside the home isolation, commenting on it: “You go into the snow … Lord, heal me.”

Mirhan had announced that she was infected with the Corona virus, and that she was subject to domestic isolation, as she published a picture of her from home isolation through her account on the social networking site “Instagram”, and commented on her: “Corona .. Praise be to God for everything, who I have been dealing with recently, reassures himself. May God protect you all, O Lord, your prayers.”

It is noteworthy that Mirhan Hussein’s last work was participating in the series “I and She”, which was recently shown on the “I am and She” channel.cbcIt is starring: Ahmed Hatem, Hana Al Zahid, Ashraf Abdel Baqi, Salwa Mohamed Ali, Mahmoud Al-Bazzawi, and other artists, and the work was written by Mustafa Hamdi, and directed by Sameh Abdel Aziz.

Inheritance rights in Europe: might as well die in the sun!