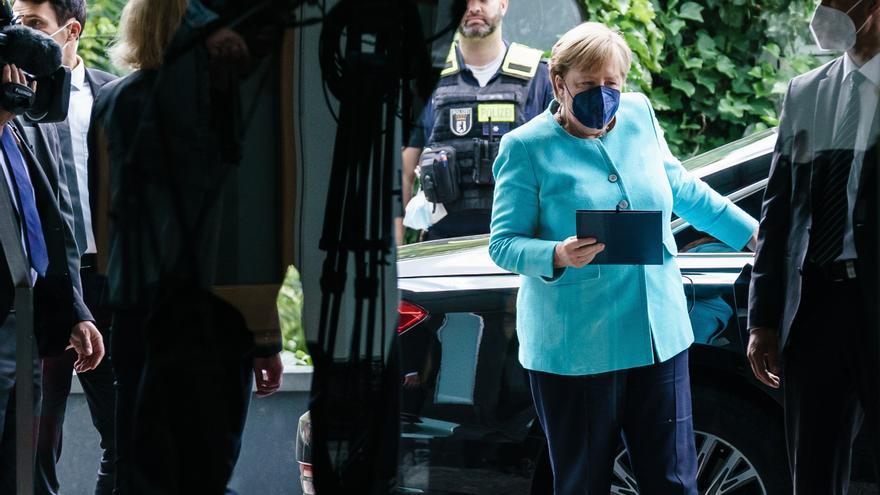 The German Chancellor, Angela Merkel, warned this Thursday of the “worrying dynamics” represented by the continued and recent increase in new infections of covid-19 and urged the population to get vaccinated. “Each vaccine is a step back to normal“, valued the chancellor, who insisted that the objective of the authorities is to avoid an overload of the German health system as a result of a new increase in infections.

Merkel recalled that the growth in cases registered by Germany in recent days is “exponential” and asked the population to continue to respect precautionary measures, such as the use of masks and respect for distances, to prevent contagion from spreading. “A vaccine protects you and the people you love,” said the chancellor, who insisted on the importance of vaccination at the beginning of the usual summer press conference, the 29th since he became chancellor and possibly the last, since she will no longer be a candidate in the general elections on September 26.

Merkel’s warning comes after the Robert Koch Institute (RKI) of virology confirmed this Thursday the continued increase in new infections of covid-19, up to 12.2 weekly cases per one hundred thousand inhabitants.

In addition, it occurs the day after the alert of the Minister of Health, Jens Spahn, who warned that, if the precautionary measures are not respected, they can be reached exponential increases of up to 800 cases per week and for a hundred thousand inhabitants. Spahn said that ratios of 400 cases could already be reached in September at the rate of constant increase that has been registered in recent days throughout the country, a situation that has begun to fuel a debate on whether it will be necessary re-impose restrictions on public life that have been rising in recent weeks.