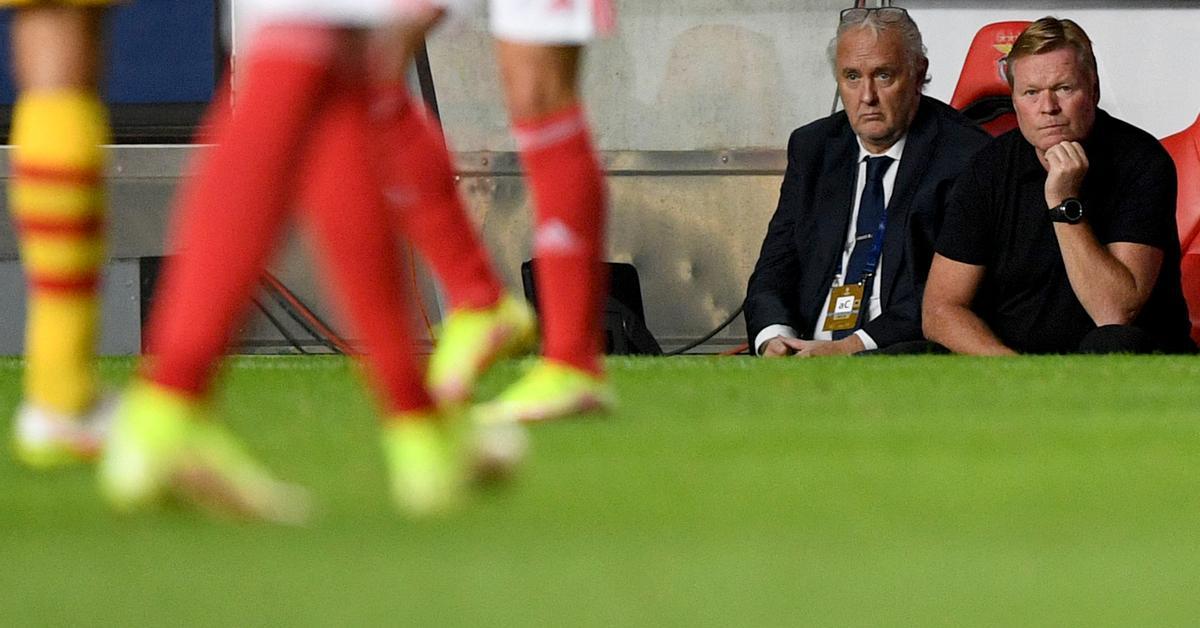 From the cheerful approach against Levante to the fears of Ronald Koeman and the return to the three central. Barça have conceded as many goals against Benfica as they did against Bayern Munich at the Camp Nou. In two games in the Champions League, Marc-André ter Stegen has collected the ball from the back of the net on up to six occasions, while Barça have been unable to open the scoring box this season in the top European competition in the world. clubs.

Barça is a funeral and the Dutch coach is walking down the precipice. “I feel I have the support of my players,” Koeman said after the painful defeat in Lisbon. But when asked if he felt supported by the club, the Dutchman paused briefly and said, “I don’t know.” Despite the fact that the Barça coach was not expected to make any drastic decisions regarding the future in the noble offices of the Camp Nou until after the next national team break, the new defeat in the Champions League could precipitate events.

Xavi Hernández and Robert Martínez, a close friend of Jordi Cruyff, are two of the candidates to replace the Dutchman, but there is still no firm decision taken by President Joan Laporta, who has gone down to the locker room after the match. The top Barça leader, who will face a meeting on Thursday, is also considering the option of Andrea Pirlo. Meanwhile, the team’s next game is this Saturday at the Wanda Metropolitano.

“Get Koeman out? In the end it’s the easiest thing in the world of football, but we’re all responsible for it,” said Sergio Busquets. The Barça captain was the first to hit the pitch, on the pitch after the final whistle. “The truth is that we are in a critical situation. We have zero points, but we have to win the next two games against Dynamo Kiev. We just have to think positive and improve a lot.”

Busquets, before, had also summarized what happened in Lisbon arguing lack of force: “We were not strong. Neither in attack nor in defense. After conceding the first goal, we reacted and we had chances. But we were not well and rivals take advantage of that. ” Against the Portuguese team, Barça have never shot at the opponent’s goal. “I don’t know if we shot or not between the three posts, but we had a lot of arrivals. The statistics are very good, but if we get closer, it’s an opportunity that doesn’t end between the three posts,” said the Badia del Vallès midfielder. . “They have been able to wait for us to lose the ball and hurt us on the counterattack.”