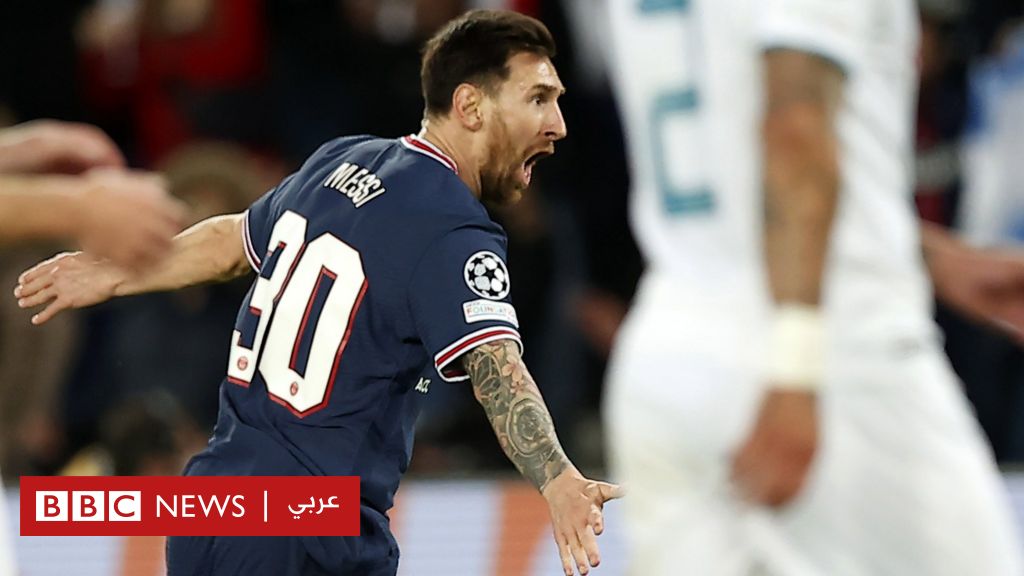 Lionel Messi scored his first goal with Paris Saint-Germain, in an exciting match that the French team won against Manchester City in the Champions League group stage.

Messi went from the middle of the field, to exchange the ball with one touch with Kylian Mbappe, before firing from a distance of about 18meters, and he scored his first goal in his fourth appearance with his new team, since his move from Barcelona.

The roar of the fans of the Parisian team deafened their ears at the Parc de Princes stadium, after Messi, returning from injury, scored the second goal of the match in the second half.

The Argentine player added a new goal to his record, which includes 672 goals for Barcelona.

Paris Saint-Germain, the runner-up of the previous season, won the championship, with two goals to none, after Idrissa Gaye opened the scoring at the beginning of the first half.

Manchester City approached more than once to score. In one of the England team’s dangerous chances, Raheem Sterling’s header hit the crossbar, rebounding the ball to Bernardo Silva and hitting the crossbar again, while the goal was empty.

In other group matches:

Liverpool beat Portuguese rival Porto, 5-1, to keep the English team at the top of its group in the Champions League.

Jurgen Klopp’s team has been superb, maintaining an unbeaten start to this season’s championship.

And the Egyptian Mohamed Salah opened the scoring for Liverpool. Sadio Mane consolidated the team’s lead with another goal at the end of the first half.

Mohamed Salah scored his team’s third goal in the second half, before Porto reduced the difference at home with a goal scored by Mahdi Tarmi.

But the Brazilian player Roberto Firmino added two goals to Liverpool before the end of the match.

In another match, the Moldovan team “Sherif Tiraspol”, the least experienced among the teams participating in the tournament, achieved a surprise victory over Real Madrid, which won the title 13 times, at the latter’s stadium.

The match ended with the victory of the visiting team, “Sherif Tiraspol”, with two goals to one.

Gasurberg Yakhchipov scored the first goal of the match, giving the Moldovan team the lead.

The Spanish team equalized through a penalty kick by Karim Benzema. Then Sebastian Thiel added the second goal, to achieve a historic victory for “Sherif Tiraspol” over Real Madrid.