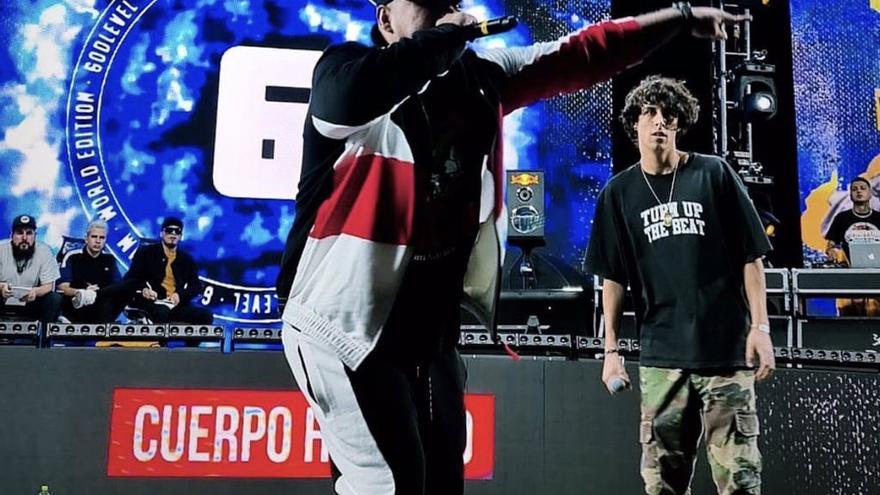 The Aztec team, which will act as a venue since the competition will take place entirely on Mexican soil, made up of Aczino, Rapder, Lobo Estepario and Karey, managed to directly overcome the Peruvian representatives Jaze in each of the three rounds, Nekroos, Jota and Maricielo. First, Aczino narrowly edged out Jaze in a new chapter in their deep-rooted rivalry. Then Rapder and Karey did the same in the tag team battle against Nekroos and Maricielo, which was uncovered as one of the night’s revelations for their fluid rapping and the consistency of their rhymes. Finally, the trio Aczino, Rapder and an inspired Estepario Wolf certified the victory against the Peruvian group, formed by Jaze, Nekroos and Jota.

For its part, the Argentina team, made up of Stuart, Klan, Mecha and Saga, also reaped its first triumph by beating the Chilean team, made up of Teorema, Nitro, Kaiser and KMC. The reappearance of Teorema in the competitive circuit after months of absence and the moment of form of Mecha were the incentives of the first rounds. While the Chilean was in charge of defeating Klan in the individual battle, Mecha led his duo with Saga to defeat Nitro and KMC after a reply. After an even duel in the round that faced the three representatives chosen by each team, the Argentine team won the final victory thanks to Stuart’s performance in the final reply against Kaiser.

The Spanish team, made up of Gazir, Chuty, Skone and Sara Socas, beat the tricolor team, made up of Colombians Valles-T and Marithea and Venezuelans Lancer Lirical y Letra, in the first battle of the night. Spain began dominating the duel thanks to the unstoppable Gazir, International Freestyle Master Series (FMS) world champion and recent Red Bull Spain national champion a few days ago. In his first appearance on the God Level stage, the young Asturian was once again unbeatable in his individual battle against Valles-T, who had no choice. In the second round, Marithea, champion of Red Bull Colombia, led her duet with Letra to give the first points to the tricolor team, which surprised the couple formed by Chuty and Sara Socas in one of the most even matches of the event. Finally, Spain turned to Skone to break the tie in the third and last battle of the confrontation. The trio that the man from Malaga formed with Chuty and the intractable Gazir took advantage of Marithea’s absence in the final round to certify the first Spanish victory of the tournament.

The level offered by Marithea, Maricielo and KMC demonstrated the success of the organization in its commitment to make visible and normalize the presence of women on the scene with the norm of including a female representative in each team.

Missionary returned as presenter, while Omega, FJ, Serko Fu, Dante and Yartzi formed the jury and the pair composed of DJ Sonicko and the ‘beatmaker’ J-Beat commanded the bases and the instrumentals. After the first day in Mexico City, God Level will celebrate four more dates in the cities of Hermosillo (October 17), Tijuana (October 20), Guadalajara (October 22) and Monterrey (October 24).

1 thought on “Mexico, Argentina and Spain prevail in the first day of God Level”