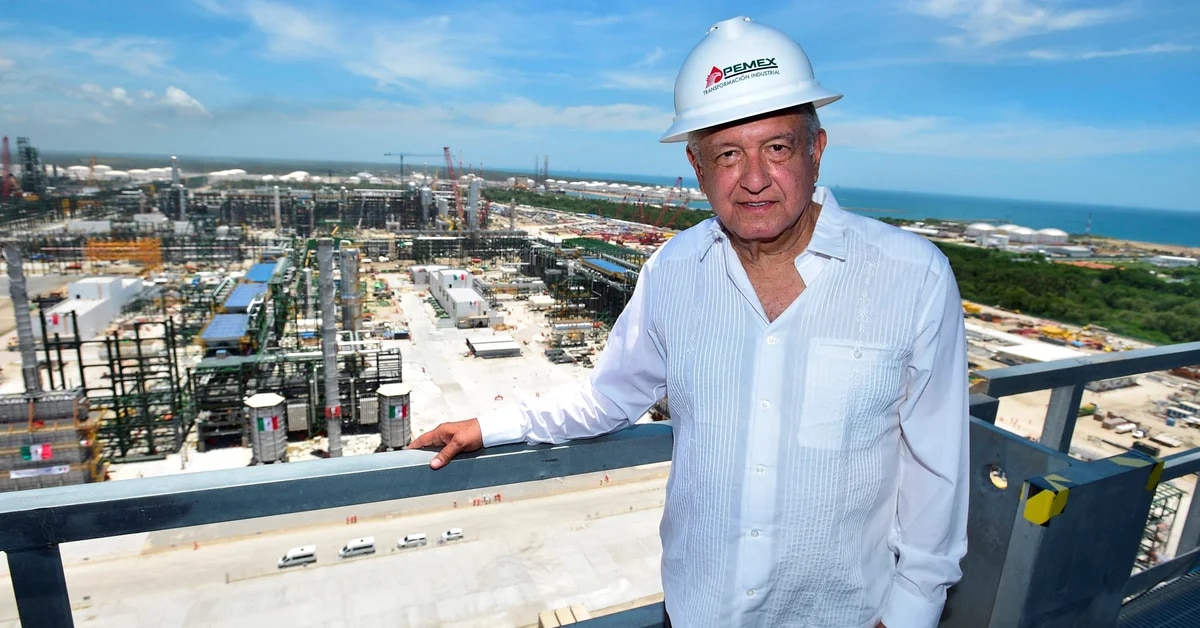 The New York Times published a forceful article in which it assured that Mexico is betting its energy future on oil. (Photo: Mexican Presidency via REUTERS)

With the arrival of Andres Manuel Lopez Obrador (AMLO) to the presidency of Mexico in 2018, the energy goals of the country have changed.

And it is that in the midst of the alerts for the accelerated climate change which has been largely generated by fossil fuels, Mexico has left aside renewable energies for bet its energy future on oil.

According to an article written by journalist Oscar López in The New York Timesthe López Obrador’s historic objective of withdrawing control of the energy sector from private companies for state companies to dominate the market, “is undermining efforts to expand renewable energy and betting the future on fossil fuels”he alerted.

The communicator stressed that politics “is key” for AMLO to be able to reverse “what he considers a corrupt privatization of the industry, guarantee Mexico’s energy sovereignty and return to the country the glorious days in which oil created thousands of jobs and helped to boost the economy.”

Photo: Presidency of Mexico/ via REUTERS

“To this end, Mexican authorities are using the might of their regulatory agencies to keep renewable companies out of the market.blocking the operation of its power plants and rather propping up the hydrocarbon plants that the State owns or operates, according to interviews with more than a dozen former government officials, analysts, and executives from the energy sector,” the journalist asserted.

He stressed that with these plans, Mexico will not be able to fulfill its promise to reduce its carbon production. However, and according to analysts, it is something that López Obrador does not care about.

“People say, ‘how are you going to meet your climate change commitments?’ And I always tell people, ‘well, he doesn’t care… (AMLO) he’s an oil man’ ”said Tony Payan, an expert on Mexico at the Baker Institute for Public Policy at Rice University, the Times noted.

However, the journalist highlighted, Mexico has not completely abandoned renewable energies and it is that plans to spend about 1.6 billion dollars to build a huge solar plant in northern Mexicoand also re-equip more than a dozen hydroelectric plants owned by the State.

In June, more than 50 wind and solar projects proposed by private and foreign companies were awaiting permission from the commission; some of the requests dated back to 2019, the last time new permits were approved for private energy companies, according to government records.

The extensive article American newspaper noted that in 2019, the López Obrador government canceled a public auction that put the rights for the generation of wind and solar energy up for saleeven as previous auctions had resulted in renewable energy prices that were among the lowest in the world.

He recalled that the president’s party, the National Regeneration Movement (Morena) approved the amendments to the Electricity Industry Law to rewrite the rules that govern the order in which power plants feed power into the Mexican power grid, reversing previous changes that required cheaper power, often renewable, to be dispatched first rather than given the priority to state plants.

The journalist pointed out that The Mexican government has also prevented at least 14 private wind and solar plants that had already been built from operating commercially.according to two industry executives who requested anonymity because they fear government reprisals.

Changes in the Mexican energy sector have led to the governments of the United States and Canada who started -each one separately- a consultation process to resolve their differences regarding the application and scope of the T-MECspecifically on Mexican energy policies that limit the participation of foreign companies and benefit the Mexican state companies: the Federal Electricity Commission (CFE) and Petróleos Mexicanos (Pemex).

“We have repeatedly raised serious concerns about a number of changes in Mexico’s energy policies,” Katherine Tai, US Trade Representative, said in a statement. “Unfortunately, US companies continue to face unfair treatment in Mexico,” he asserted.

The New York Times recalled that, after the threat of the US government, López Obrador seemed to dismiss the warning from his neighboring country on July 20, when in his morning conference he showed the video of the song by his countryman Chico Ché, entitled “Uy , spooky”.

The influential newspaper pointed out that AMLO has said that Mexico would be open to foreign investment in renewable projects only if the Ministry of Energy were in charge of planning and the Federal Electricity Commission (CFE) had a majority stake, which could be a violation of the free trade agreement with the United States.

Despite the criticism, the president of the Business Coordinating Council (CCE), Francisco CervantesI trust that Mexico is not going to “fight” and will solve the queries before a panel that the United States and Canada initiated due to Mexican energy policies under the treaty between the three, the T-MEC.

“With the United States we are not going to fight, on the contrary, we have to collaborate”commented in statements to the media after a public event held on Tuesday, August 16.

He even assured that there are good signs from the López Obrador government to resolve the conflict during the consultation period, before reaching the conflict resolution panel.

“We are not going to fight with the US” over the energy issue: CCE
“Peculiar populist”: the Washington Post editorial that AMLO called shameful and unethical
Tony Garza on the T-MEC: “What is at stake is the economic future of Mexico”