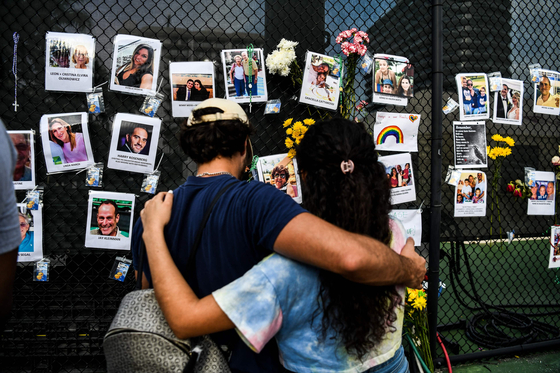 On the 27th (local time), three days after the collapse of an apartment building in Miami, Florida, four more bodies were found, raising the number of confirmed deaths to nine. There are no other survivors except for those who were rescued after the accident.

As time goes on, hopes for a rescue have faded, but rescuers remain hopeful that there will be additional survivors. More than 150 people are missing, whose life or death has not been confirmed.

Search and rescue operations began to speed up as the fire was caught in the rubble that had hindered the rescue operation. Rescue teams used large cranes and excavators to move large chunks of concrete debris and then dig a long pit to find four more bodies, the New York Times reported.

Miami Dade County Fire Chief Alan Kominsky said in an interview with the media that the situation was “extremely difficult” but “the most important thing right now is hope.”

Rescue authorities are hoping that some of the missing persons may still be alive because air pockets (spaces left with oxygen) are created in the rubble of the building.

The reaction of the families of the missing persons is mixed. Some victims’ families are in the mood to give up their hopes for rescue. “I’d love to say yes, but the answer is no,” Pablo Rodriguez, 40, whose mother and grandmother are missing from the apartment, told the New York Times about his chances of survival.

However, Douglas Verdot, who had a missing relative, said in a video call with rescue authorities on the same day that he had heard that there were cases of people surviving 100 hours after the earthquake in Haiti. 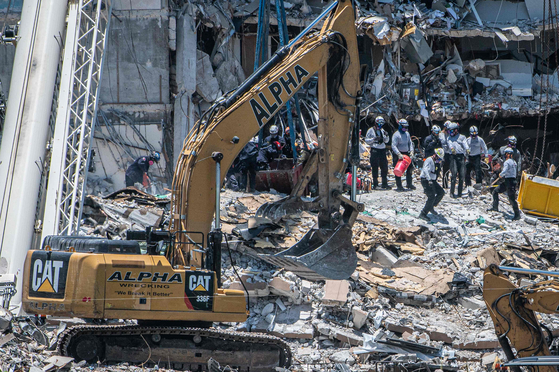 More than 300 people are involved in the rescue operation, including the US Army Corps of Engineers. The international community is also continuing to support the rescue. Israel sent rescue teams and engineers. Mexican experts were also deployed to the field. The area where the accident occurred is home to a large number of Orthodox Jews, and Mexicans are said to be the majority of the victims.

He also said that he asked his family to record his voice and send it to him. It seems to be used to give hope to the missing person who is trapped in the bay by sending out family voices through a large megaphone at the accident site. 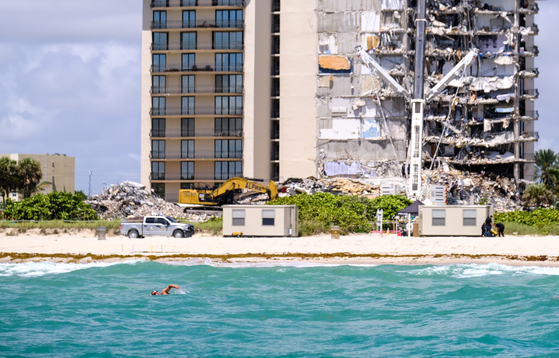 Authorities have launched an initial investigation into the cause of the collapse. The Miami Herald, in an interview with experts, raised the possibility that structural defects in the apartment building led to the collapse of the building.

As a result of a structural defect, the central part and the northeast part of the building collapsed with a lag after the column or concrete slab under the swimming pool top collapsed toward the underground parking lot below.

The NYT said that such a ‘progressive collapse’ may have several causes, such as design flaws and poor regulations at the time of construction, but in the end there is a ‘trigger’ that pulls the trigger for the collapse. said there is

The apartment inspection report submitted to the city authorities in 2018 also indicated that there was serious damage to the swimming pool and underground parking lot.

According to a report obtained by the US public broadcaster NPR, structural engineering company Moravito Consultants pointed out that there was a defect in the waterproofing agent under the swimming pool top, causing serious structural damage to the concrete slab under it.

It was estimated that the cost of repairing it would be 9.1 million dollars (about 10.2 billion won). Compensation was not made. In fact, it was reported that at the accident site there was a large hole under the site where the swimming pool was.

Meanwhile, some residents of the collapsed apartment building ‘Chamblain Tower South’ and the twin building ‘Chamblain Tower North’ are complaining about further collapse. After Tower South collapsed, a diagnosis of Tower North was carried out and no unusual features were found, but residents are packing their bags and leaving the building in fear because it was built around the same time as the same designer.