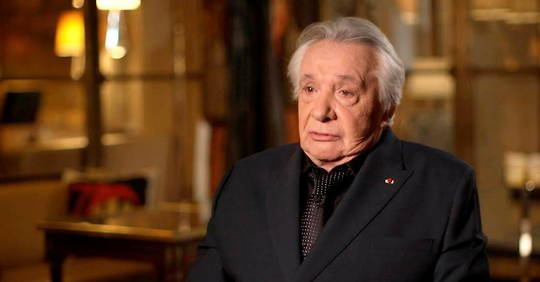 Michel Sardou is not dead. He says it himself in his autobiography I’m not dead … I’m sleeping, to be published on May 6 by éditions XO. He is not dead, but he no longer sings. A decision made four years ago already and which he speaks about in his autobiography. He evokes a whole lot of other things, like his passion for the theater, what he thinks of our time and his friendship with Johnny Hallyday. The two singers had not spoken to each other for a long time when Johnny died. Michel Sardou returns to the reasons for their quarrel in the portrait of the week produced by Audrey Crespo-Mara for the show Seven to eight, broadcast on TF1 Sunday, May 2.

“We were two brothers for years and then we got angry. Finally… he got angry. Because of me, I recognize him. I was very clumsy, ”says the 74-year-old singer. But what happened? “I did an improvisation on stage that wanted to be mocking. A mockery that concerned a very sensitive point in Johnny: his daughters.

Michel Sardou defends himself from any racist remarks

On stage, one day, when the Hallyday had just moved to Switzerland, Michel Sardou said this about Jade and Joy: “It’s going to be difficult to put them on skis. And Johnny took it very badly.

READ ALSORichard Caillat: “With the theater, Sardou has rediscovered a childlike freshness”

Michel Sardou is convinced that “the very XVIIe century ”of Johnny reported the incident to him, amplifying it. As a result, when they saw each other again and Sardou wanted to explain himself, Johnny replied: “I don’t want to talk with you. (…) I don’t even want to listen to you. “
See Also:  Manipulation in the Internet voting «kleinezeitung.at

In his mockery of Jade and Joy, Michel Sardou denies having thought of anything racist and assures us that Johnny had just “found that it was mean to his daughters”. This episode marked the end of their friendship. At least in that life: “We will be reconciled up there. “