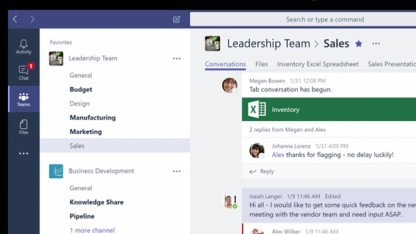 Microsoft posted higher earnings in the past quarter, driven by the strength of its cloud computing business. The company announced this on April 29, 2020 after the close of trading on the New York Stock Exchange. “We saw a digital transformation worth two years in two months”Microsoft’s chief executive Satya Nadella said in a statement.

Revenue from the company’s commercial cloud operations, which include both Azure cloud business and cloud-based applications, increased 39 percent to $ 13.3 billion.

The software company reported earnings of $ 1.40 per share for the quarter ended March 31, Wednesday, compared to $ 1.14 a year earlier. According to Microsoft, sales increased 15 percent to $ 35 billion in the first three months of the year. Analysts had expected earnings per share of $ 1.28 and sales of $ 33.76 billion for the quarter.

Microsoft is growing in its core business

After the pandemic broke out in February, Microsoft warned of supply chain disruptions that would result in a decline in PC sales in the first quarter, including license sales from PC sales, the Xbox gaming platform, and surface notebooks. The company lowered its sales forecast, which previously was between $ 10.75 billion and $ 11.15 billion.

According to Microsoft, capital expenditures were $ 3.9 billion, compared to $ 3.4 billion in the prior-year period and $ 4.5 billion in the previous quarter, when Azure data centers required higher investments.

The shares of the largest listed company only rose by 1.45 percent in after-hours trading.