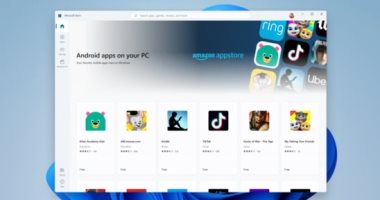 According to the Digital Trend Technical Report, the recently launched Windows 11 Preview Update has been reported as unsafe to install on PC due to issues with .NET Framework 3.5 applications.

Microsoft detailed in its Windows Health Dashboard that if installed, Windows 11 Preview Update KB5012643 may cause some applications that support the framework to crash, and PCGamer added that applications may not work properly or may fail to open completely.

Microsoft didn’t share exactly which major apps were affected, however the brand noted that related Framework 3.5 features, such as Windows Communication and Windows Workflow Foundation, appear to be among those affected by the update.

PCGamer notes that due to the .NET Framework 3.5 connectivity, various console applications and Windows services, such as the productivity suite of applications, could be among those affected. However, none of this has been confirmed.

There’s also no word on what the update was intended to address, only that it’s now having issues, and the general recommendation is that users avoid installing Windows 11 version 21H2 with the KB5012643 update if they haven’t already.

“I am not judging anyone, but today some politicians fear direct contact with citizens”

On the night of the wedding… a bride breathed her last after her groom did this to her on the bed for three hours straight! (exciting details)