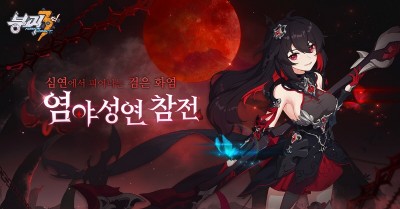 Mihoyo announced on the 28th that it has updated version 4.8 ‘The Phantom of the Theater’ in the mobile game ‘Collapse 3rd’.

‘Fire Night Star’ is a Valkyrie that uses a sickle and chain claws to inflict powerful freezing elemental damage to enemies, and can be acquired through expansion supply until June 11th.

The ‘Idol Final’ is a themed mission event to select the best idols of the collapsed world, and consists of a battle for bases and idol voting, and the characters that got the most support votes, such as Ai-chan, Tesla, and Raven, will be produced with special stigmas.

The special stigma item will be applied to the 4.9 version update and will be provided free of charge to all users who access the game.

At the same time, users who complete the ‘Idol Final’ mission and challenge can get rich rewards such as the ‘Purple Moonlight’, a costume of the true flame soul, crystal items, and an S-class Valkyrie fragment selection box at the event shop.

On the other hand, Hoyo predicted the addition of 24 new main stories dealing with the 1000-person Yul-ja case on June 17th. Users participating in the story exploration are provided with rewards such as the 4-star stigmata ‘Jere·Yamseongyeon (bottom)’, an S-class Valkyrie fragment selection box, and crystals.