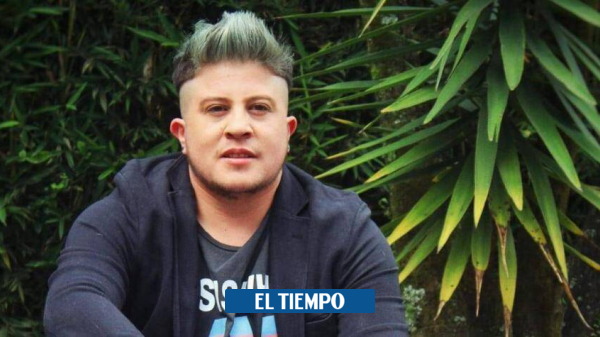 Mike Nicolás Durán is a Bogotan who has lived in Medellín for eight years. This Wednesday, March 16, after a long process, he received from the hands of the National Registry the first citizenship card that recognizes a trans person in Colombia.

That is to say, in Mike’s identity document, in the sex component, a ‘T’ appears, for ‘trans’. To do this, he began the process in 2019 and only until October 2021, Notary 26 of the Medellín Circle made the respective correction in his civil birth registry. About six months later, the Registrar did the same on his citizenship card.

(See also: Maricoin: this is the exclusive cryptocurrency for the LGTBIQ+ community)

In a conversation he had with the Caribe Afirmativo organization, Mike said that, after the correction in the civil registry, he began the process to adjust the gender component in his identity card.

“They insistently told me that it was not possible. However, in January they assured me that they had started the process, and it was not until February 14 that they called me and commented that I could already claim my new ID on Wednesday, March 16. It was something I couldn’t believe it. I even thought it was a joke. I was really surprised at how fast the process went,” he said.

(Keep reading: Tutela recognizes that a homosexual couple was discriminated against in a shopping center)

All this procedure was done with the advice and support of Manuela Gómez and Alejandro Díez, lawyers from the Eafit University legal office. Now, this Bogotan will have to request the correction in other entities, such as his EPS and the Transportation Office.

In an interview with the newspaper The Colombianwho was present at the delivery of Mike’s document, the lawyer Manuela Gómez stated that this “is a way of recognizing that gender is not only masculine and feminine, but that it is something that changes, because there are those who perfectly They fit neither.”

(What’s more: ‘I wish they would stop seeing us as a threat’: trans woman with changed ID)

Mike confesses to feeling very happy about this fact. “(Receiving the corrected ID) was a host of mixed feelings such as happiness, euphoria, joy and sadness knowing that, after so much sacrifice, I can now have my ID. I can finally be identified according to my diverse gender expression and identity. “.

Carrying your new ID, remember that with his previous identity document he experienced several moments of discrimination by the authorities. “Many people always had doubts about my gender identity and expression, it was even strange that the component was ‘F’ (for feminine) and a man appeared in the photo, with the ‘T’ I will not have to give so much explanation. Good understanding few words,” he told Caribe Afirmativo.

(Our stories: ‘I had to leave my land because they were going to kill me for being a trans man’)

Different organizations have celebrated this event, as they explain that it is an important and historic step in the recognition of the identities of trans people in Colombia.

“It is important to know that this will no longer be a taboo and trans people will no longer have to be afraid. We can continue to say that we exist,” said Mike.

(See also: The persecution against people who lived with HIV in the midst of the conflict)

Will iPhone 14 Pro have such a punchhole design? | Gizmodo Japan