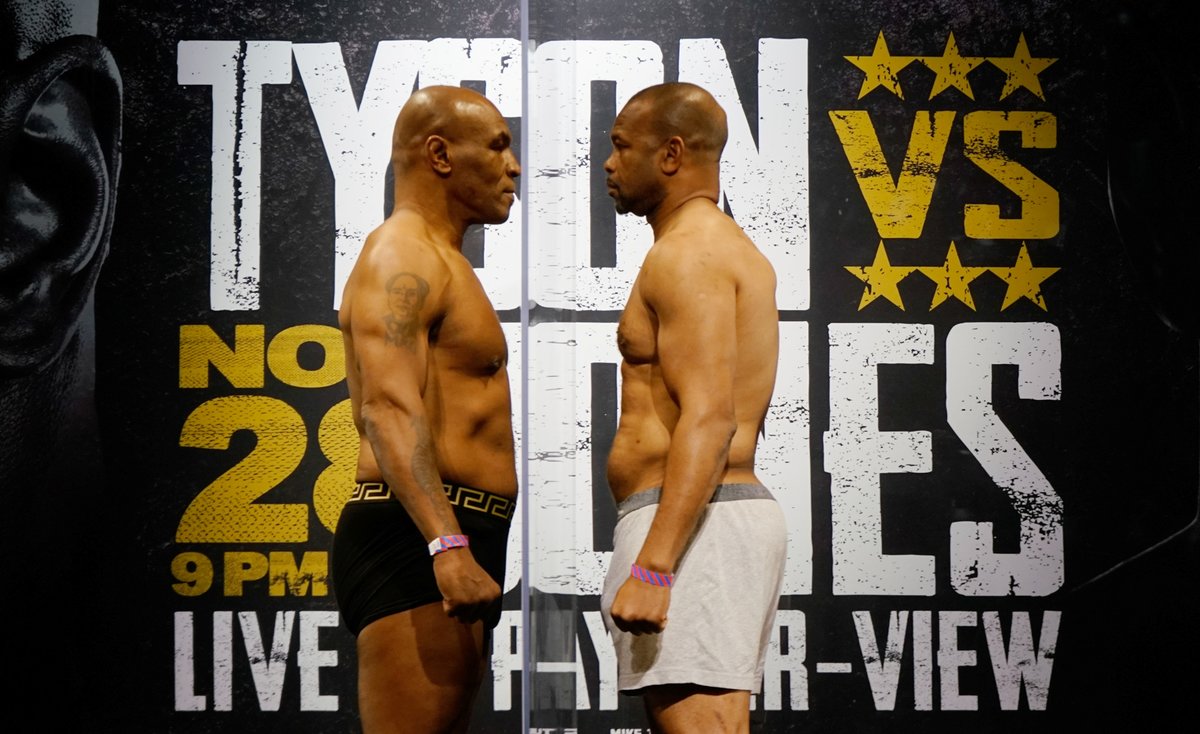 In 1986 Mike Tyson and Diego Armando Maradona they thundered into the sporting Olympus. As the hand of God guided Argentina to the world crown, the fists of ‘Iron Mike’ made him the youngest champion in heavyweight history. Two neighborhood heroes, sports myths, charismatic and talkative, whose careers were muddied by drugs and gender violence. 28 years after touching sporting heaven and in the same week that Pelusa’s death shocked half the world, the greatest fighter since Muhammad Ali has once again stepped into a ring. At 54, and 15 after his retirement, he worshiped his past in a worthy fight against Roy Jones Jr in which the two fifties emptied themselves. Although being an exhibition there was no winner, Mike won the combat of nostalgia, showing that he retains the look of the tiger, leaving echoes of his past glory.

Seeing him again generates a sensation similar to the concert of a couple of years ago. Guns n’ Roses at the Estadi Olímpic. The band that reigned in rock when Tyson did it in the ring returned to Barcelona 25 years after their previous visit after Slash and Axl Rose made peace, something that seemed as impossible as the reconciliation of the Gallagher brothers. Although the passing of the years has made a dent in Axl and Mike, their voice and fists no longer sound the same and two minutes now seem like an eternity, in their ‘shows’ there are still echoes of the time of their great nights, in which they were the kings of the world.

“The two minutes were like three,” confessed Tyson, who in the previous one had criticized the fact that shorter rounds were made, in a fight with fewer ’rounds’ and that, when it was declared an exhibition, it ended without a winner. Without KOs, the former champion was the best in this fight in which both fighters endured with decorum the eight rounds in which they dusted off old blows, with flashes of class. 16 minutes in which the Brownsville tiger exhibited more punch and better movements, although his rival kept the type with a jab.

The rematch with Holyfield

“We are helping people and this is more important than winning titles,” said ‘Iron Mike’, who had said that the benefits of the 10 million won by the fight would go to charity. A fight that will not be the last. “We have to do it again,” said Tyson, who was in good shape after having lost more than 40 kilos for his return. The next ‘encore’ could be before Evander Holyfield, with whom he starred in his most famous fight in which he ripped off half an ear. “I was furious, I was an undisciplined soldier and I lost my composure. And I bit his ear,” Tyson explained in his stark biography. Holyfield has already priced a third face-to-face with Tyson: 25 million. “If they called me to fight in two days, I would be there to fight in two days.” As in Rocky, in the Tyson saga there is always room for a new installment.