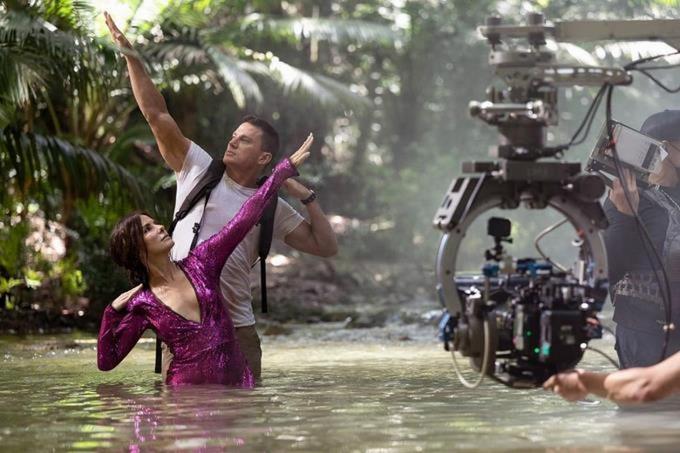 Millions roll in Dominican cinema. The audiovisual industry reported more than five thousand people working directly on 101 works or productions shot in Dominican locations during the year 2021, and moved more than 15 billion pesos in the economy.

President Luis Abinader, when offering the data yesterday, in the rendering of accounts, maintained that these figures directly affect “in sectors such as hospitality, transportation, construction, food and beverages, as well as small suppliers of products and services.

“We host some of the largest studios and audiovisual content companies in the world such as Paramount Pictures, Netflix, Universal, Lions Gate and Disney,” he quoted.

The economic projections of the cinematographic sector are promising. By 2022, the government forecasts spending on foreign productions of at least 195 million dollars.

The good presidential wishes were well received by Dominican filmmakers who are happy with the contribution they make to the local economy.

“We are glad to see that the President recognizes the contributions that our industry makes and the growth perspective that it has. We hope to continue counting, as until now, on the support of the Government in the application of our Film Law, which has been the undisputed engine of the development of our industry”, he commented. Iván Reynoso, president of the Dominican Association of Film Professionals (Adocine).

Then he added: “These statements by President Abinader send an unequivocal message to all film professionals, as well as to all the young people who are currently studying film careers in our universities, that we will continue on a path of growth and that they will have work where you can continue to develop”.

Of the 101 shoots, practically half were local productions and the other foreign.
“2021 has been a year of great achievements for the Dominican film industry. Thanks to the three pillars that make it up, human capital, incentives and infrastructure and locations”, the General Directorate of Cinema had highlighted at the end of the year in a report.

The Film Information and Registration System (Sirecine) also grew in 2021, thanks to the registration of 74 new service provider companies, as well as 1,918 professionals.

In 2021, Dominicans were able to enjoy 20 national film premieres in the country’s movie theaters, representing an increase of 55% compared to 2020.

Last year there was a notable increase in filming in Samaná, where a total of 57 projects were shot.

To meet this positive demand, the DGCINE opened a new representative office in the Samaná province, thus achieving a rapprochement with the community.

Among the foreign shoots that stood out in the country during 2021 were “The lost city” (“Lost city of D”), starring famous actors Sandra Bullock, Channing Tatum, Daniel Radcliffe and Brad Pitt.

Accompanying the artist were also American actors Jennifer Coolidge and Josh Duhamel, who are part of the cast of the film.

Some of the locations used in the country were Cabrera, Río San Juan, Juan Dolio and Punta Cana.

Directed by Jason Moore, “Shotgun Wedding” tells the story of Darcy and Tom, a couple who face their imminent wedding with many doubts and with their respective families helping very little to relax the situation.

Of the Netflix productions, “Suriname” stands out, where Suriname will be recreated in the Dominican Republic.